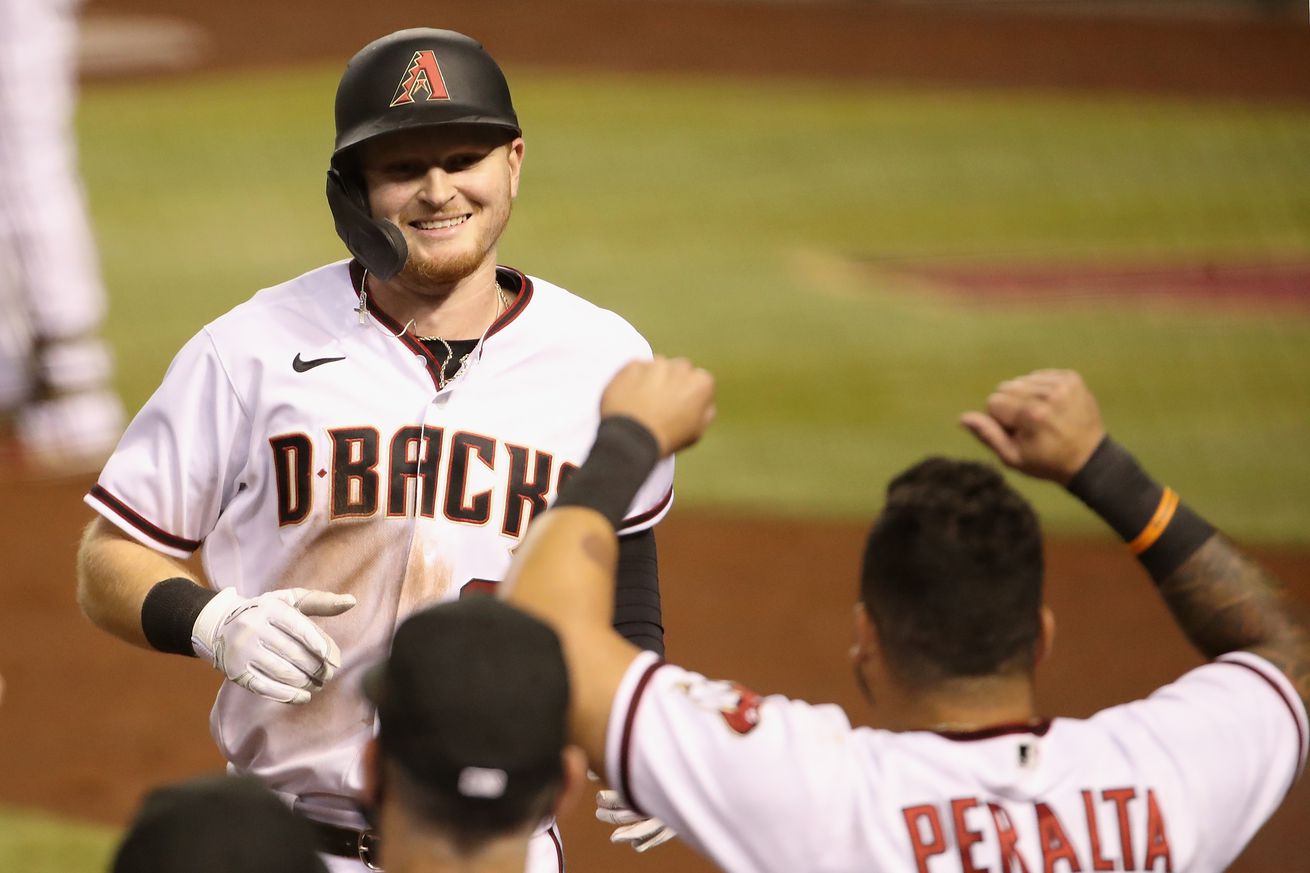 Smith savored every moment in the big leagues with goals to improve for next year and beyond.

During the unprecedented 2020 season, Diamondbacks prospect Pavin Smith made sure to savor every moment in the big leagues.

The 24-year-old first baseman/outfielder made his MLB debut during Arizona’s abbreviated 60-game season. He spent most of the year in Scottsdale training at the D-backs’ alternate training site. He was selected No. 7 overall out of the University of Virginia in 2017. Smith entered the Diamondbacks organization with high expectations due to his lofty draft status, and he lived up to the billing with a steady progression through the minors.

Just like the hundreds of prospects making their big league debut in 2020, Smith had to make the most of the fan-less experience. He still cherished each time putting on a D-backs uniform, that sense of pride won’t vanish any time soon.

“I enjoyed every moment of it,” he said. “I got to ease into it all a little bit without much pressure. A lot of guys get heckled by fans in the outfield, but I didn’t have that my first year and it’s not a bad thing. It made me more confident and ready for next year.”

Smith posted a .270/.341./.405 slash line over 12 games and 37 at-bats in his first season with the D-backs. He launched his first career home run to right-center field Sept. 25 against the Colorado Rockies.

1st career home run in the books for @PavinSmith! pic.twitter.com/ufDjpQSwAZ

As Smith extends his stay with the Diamondbacks, plenty of homers could be launched to the right field seats at Chase Field. If and when fans return next season, they should get used to seeing Smith’s smooth left-handed swing up close.

Smith recorded his first plate appearance, hit, triple and towering home run in just 12 games last season. With fans in the stands by 2021, it will be a new environment for him to soak in.

“Some teammates keep saying next season will be a first for me if things return to normal,” Smith said. “I’ll have my first hit with fans. I’ll hit my first home run with fans. So it just makes it a bit more special if it happens.”

Before his debut in the majors, Smith overcame his fair share of adversity in the minor leagues. He struggled to hit for much power and suffered through long slumps at the plate. A minor swing adjustment made all the difference for Smith in 2019. A left-handed batter, Smith stayed more on his back foot, getting his right foot down earlier to get the ball in the air. His adjustment translated to a .350/.419/.589 slash line in the final two months with Double-A Jackson.

Smith’s minor fix led to a career-high 12 homers and 29 doubles in 2019, but his arrival to the big leagues offered new mental challenges and obstacles.

“It’s all about having a good approach with every at-bat and seeing what they’re giving you,” he said. “It was more of a mental thing for me here. I made the mechanical adjustments in the minors, but now I’m staying focused and paying attention to those small details.”

The final stretch of Diamondbacks contests saw a bevy of top prospects filling the diamond. The D-backs’ youth movement was on full display by September, and seven players in total made their MLB debut in 2020.

With several young players scattered across the lineup, it created a sense of comfort for Smith each time he suited up.

“It gave me a sense of comfort playing with some of those guys,” he said. “Playing with Daulton for three years now, we have that sort of trust with each other both being left-handed. I could ask him anything swing wise, and it was great playing alongside him for my rookie season.”

Smith had his moment to soak in the big league atmosphere, but his focus is set for new goals in 2021 and beyond.

“Getting those jitters out of the way was fun, but now it’s time to improve for the offseason,” he said. “It’s all about making yourself better and I’ll see what next season has in store. When you have fun, you enjoy the big leagues and that’s what I learned early on.”