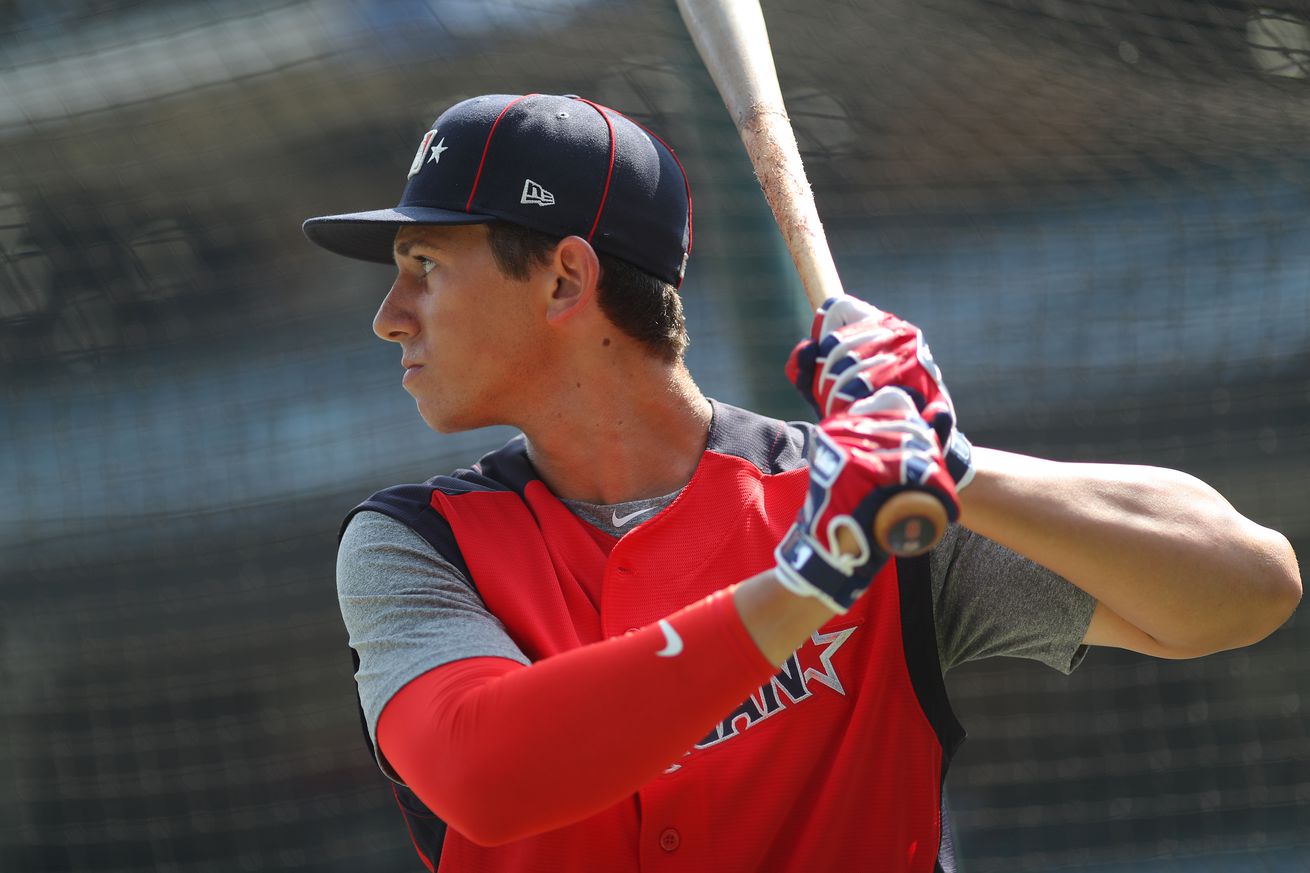 Depending on how the 18th pick unfolds, the team could be looking at prep bats at the 33rd overall pick. The most likely scenario is if the team takes a college bat at the 18th overall pick and want to match security with upside.

Drew Romo, C, The Woodlands HS (TX), S/R: Romo profiles as a plus defender behind the plate with enough power in the bat to be an everyday player. He’s has the best receiving skills in this year’s class, slightly ahead of first round pick Patrick Bailey. Romo could be a tough sign out of high school and could end up being a first round pick in 2023 if he hits in college.

Masyn Winn, SS, Kingwood HS (TX), R/R: Winn’s carrying tool is blazing speed and quick-twitch athleticism. I don’t think he profiles well for SS, but I think he’d be a plus defender in CF in addition to being a 40+ steal threat at the top of a productive lineup. Winn will need to bulk up to add more impact to the bat and may lower his run tool from 70 to 60.

Dylan Crews, OF, Lake Mary HS (FL), R/R: Crews has the most upside of any right-handed prep bat in the draft, but is lower on the board due to concerns about signing. The D-backs will have to go significantly over slot to lure Crews away from college, where he could be a first round pick in 3 years.

Update: Crews has pulled his name out of the draft and will attend LSU.

Carson Tucker, SS, Mountain Pointe HS (AZ), R/R: Tucker is a local guy and the younger brother of Pirates infielder prospect Cole Tucker. A senior growth spurt increases his power ceiling and could make him a quality bat at a premium defensive position. While he lacks a plus tool, Tucker projects to have above-average tools across the board and enough bat to handle a transition to 2B if necessary.

Blaze Jordan, 1B, DeSoto Central HS (MS), R/R: Jordan has the best raw power of the entire prep class, but may be defensively limited to 1B. As a R/R 1B without much tools without any other carrying tool, it may make more sense for the D-backs to go with the more polished Aaron Sabato or try to get Jordan to sign under slot. However at the same time, Jordan has 30-40 HR upside at a position that doesn’t have a long term starter right now.

Drew Bowser, SS, Harvard-Westlake HS (CA), R/R: Bowser is projected to outgrow the SS position and move over to 3B, where his plus arm strength and power project well if he can make consistent contact. Bowser is capable of taking walks when teams stay away from him, but also struggles against high-end velocity due to having below-average bat speed. He’s capable of adjusting his swing to attack off-speed pitches, so there is enough offensive foundation to work with.

Cade Horton, SS, Norman HS (OK), R/R: Horton is an interesting pick in the draft, as he’s capable of having a career as both a starting pitcher or as a starting shortstop. He has the athleticism to stick as an up the middle infielder and easily enough arm for SS. The biggest issue with carrying him as a shortstop is his limited power and oppo-heavy approach at the plate. Pitching could always be a fallback option if the bat doesn’t develop.