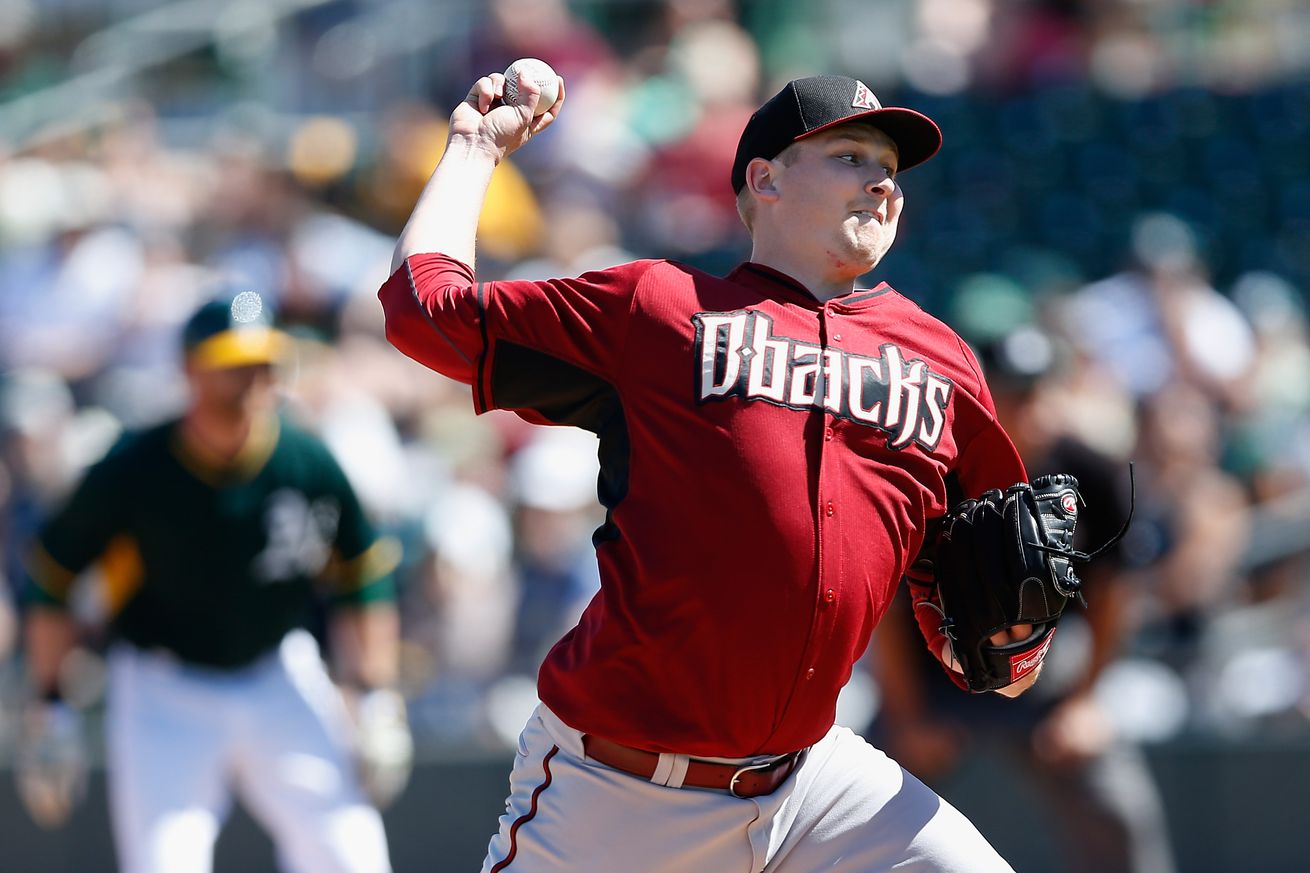 At least we’re not facing a left-hander this afternoon.

The D-backs’ bats have not had a good road-trip, to put it mildly. After being three-hit last night, over the four games they have scored a total of five runs and over the 133 PAs in question, are hitting .175/.211/.246 for an OPS of .457. Losing the final game would be the cherry on the cake. Especially as the team will be facing one of the worst pitchers we’ve ever had, in Trevor Cahill. Indeed, of the 25 men to have made more than forty starts for Arizona, Cahill’s ERA+ is tied for last, with Rubby De La Rosa. And even that is buoyed by Cahill’s decent first year. The implosion thereafter left him one of the most despised men in Arizona sports history. And here he is, with the chance to do more damage to us.

However, as the intro says, he is a right-handed, and our bats have been doing considerably better against them. The D-backs OPS there is .725, compared to a pathetic .594 against left-handed pitchers. Oddly, so far it has been the right-handed hitters who have been doing the damage, more than those with the platoon advantage (.794 vs. 681). We’ll see if that holds up today. But against southpaws, it has been an almost relentless procession of suck from both sides of the plate, with the exception of the Marte twins. The lack of power is especially perplexing. In 235 at-bats against left-handers, the Diamondbacks have a total of just four home-runs, Through 28 games last year, they had three times that, 12 vs. LHP.

Bullpen Role Changes: May go in a different direction to piece together late inning match-ups – and that may not include Junior Guerra.

“Over the course of a 162 game season you establish roles, you stay with them a little bit longer. You develop confidence in the player and in return he feels that confidence to go in and do his job. What I try to eliminate is that chase mentality. I don’t want to chase the hot hand. I want to stay with the right guys. But I’ve got to be mindful of the timing and maybe my leash is a little bit shorter than it would be.

That’s uncomfortable for a lot of us. Because in this game we stay with players until we make an adjustment and that usually takes several outings or several months. Things are a little big abbreviated a little bit different. I wish I could tell you what my playbook is right now, but I don’t have one right now. It gets a little bit challenging for me at times. I think the players and everybody around knows what the shortened seasons brings and we’ve got to be mindful of making those adjustments as quickly as possible.”

Reason for so many walks issued: “There is definitely a reason for it. Putting the ball on the plate shows you’re not afraid of contact.”

Why have the hitters been SO aggressive and swinging so much compared to last year? “I think each player is so pointed at being the guy that’s going to jump in there and get the job done to help this team win. It’s simply a case of trying to do too much… Slugged pitches are thrown, not hit and we have to play the trap game”