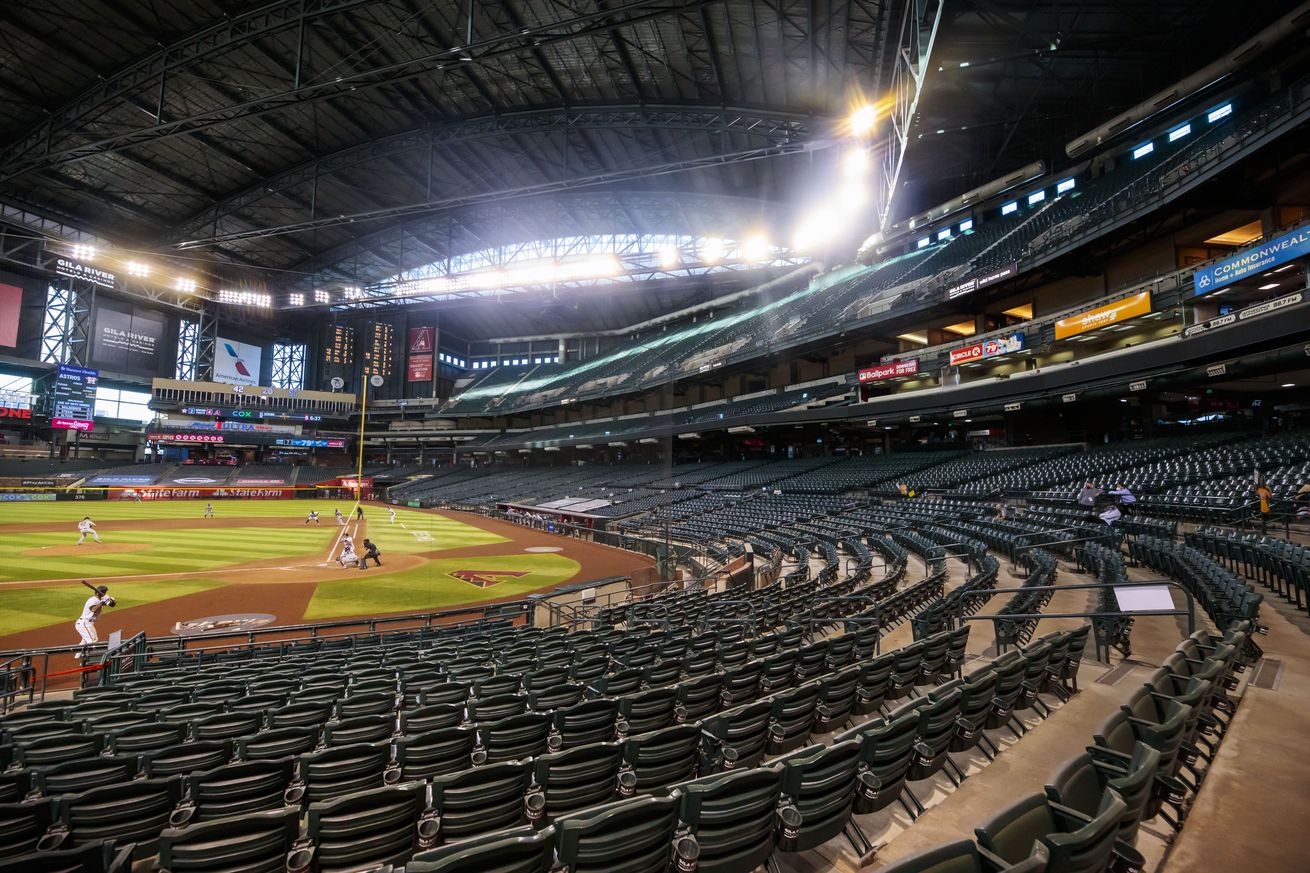 “A mere five-game losing streak?” snort the Rockies, derisively. “Here: hold my beer.” For Colorado has lost seven in a row, and indeed have plummeted like stone after starting the season 11-3. They have won just twice in the fourteen games since then, and will be as glad to see another struggling team in the shape of Arizona, as we are to see them. Their recent struggles have been like the D-backs’ in some ways, most notably the struggles of the offense on the road. They have managed only nine runs in total over their last five games away from Coors. They rank first in the National League in home OPS, at .870… and dead last in the majors for road OPS at .592. Hope that continues tonight.

The Diamondbacks, meanwhile have been attempting to restore the concept of home field advantage. They have won their last seven games at Chase, while losing their last five on the road. I mentioned earlier in the season that home teams were below .500, something which had never happened over a full year. Normality seems to have been resumed since. Home teams in 2020 have won at a .532 clip, basically identical to the .529 and .528 figures posted over the past two years. Which is interesting in itself. If that is maintained, it may suggest that home field advantage is the result of something other than the presence of actual fans. Maybe piped-in crowd noise is all it takes? We’re irrelevant, folks…

For this series though, it has the look of a collision between two clown cars, hurtling in the same direction. It wouldn’t surprise me if tonight’s game is decided by an error, wild pitch, balk, or something similar, rather than good play on either side. This series will potentially determine ownership of last place in the NL West (the Giants can also take part, if they feel like it). Should it still belong to the D-backs on Thursday night, it may not be the beginning of the end for Arizona. But it’s certainly safe to say that you’ll be able to see it from there. Let’s hope it doesn’t come to that, however.

Madison Bumgarner: Threw 70 pitches, felt good. Figuring out next steps. Starting MLB game with 4 days rest is a possibility and has been discussed but not decided yet. Velocity has ticked up and secondary stuff, Cutter and Curveball, looked as good as it has since start of the season. Very encouraged,

Communication: “Team Meetings” are not frequent like they are in other sports such as football, and usually saved for special occasions. Most communication is one on one and in small groups.

Bullpen: Changed his tune from a couple days ago: “I don’t really love to manage this way but I’m going to run to the hot hand, I’ve got to do it that way”. He indicated some role changes will be happening. Might bump somebody up to a different role.