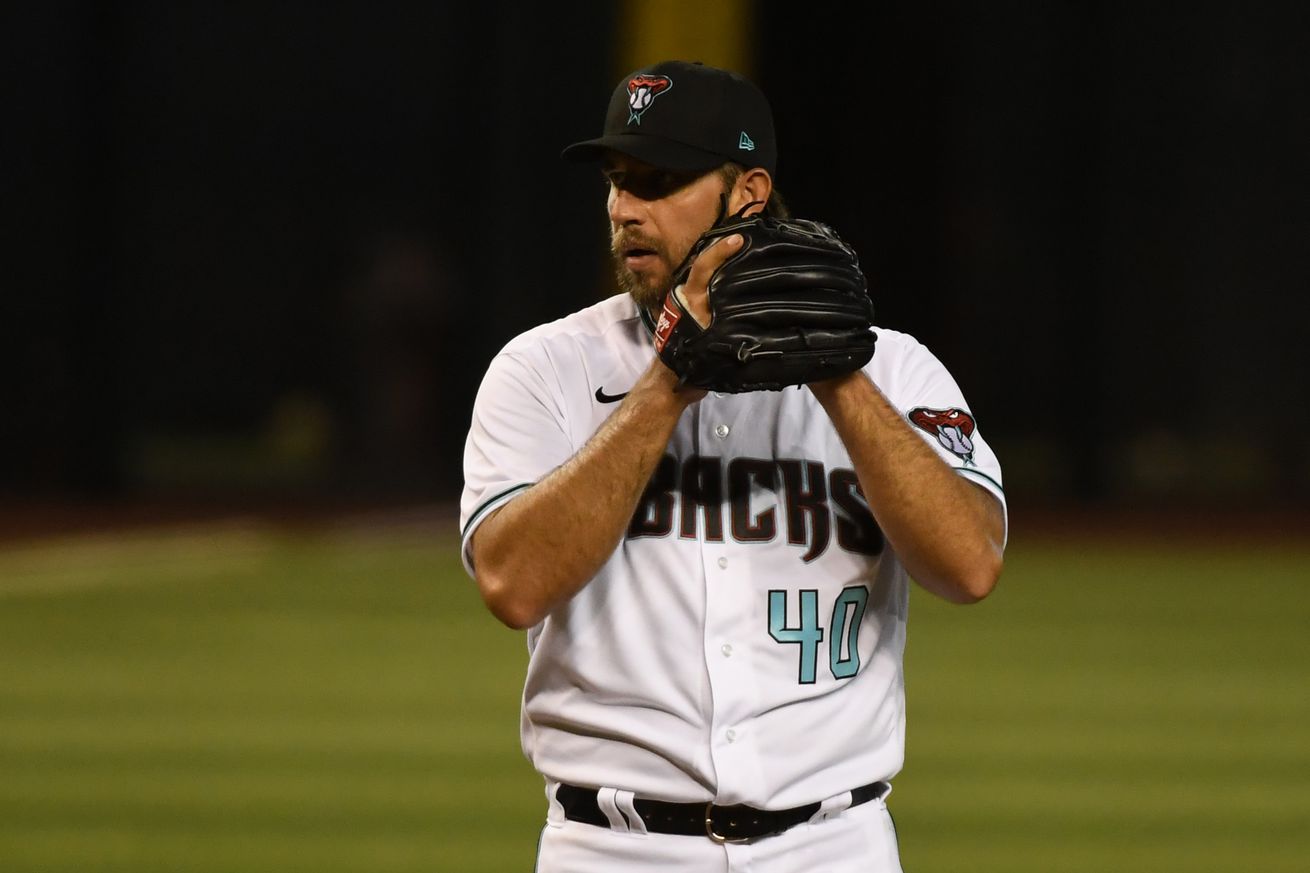 The return of the MadBum. We’re assured he’s all better…

Today, we see the return of Madison Bumgarner to the Diamondbacks rotation, in what is certainly an eagerly-anticipated start. However, that isn’t necessarily a good thing. Obviously, there is a lot of resonance here, with Bumgarner returning to the park where he spent the first 11 years of his career, gaining four All-Star nominations. But when he was speaking to the media yesterday (audio below), he stressed that it was “just another start.” While under different circumstances, that might have been the case, tonight’s start is certain to be one which comes under heavy scrutiny from Diamondbacks fans, as well as Giants ones.

His first starts here were, frankly, disastrous. After signing to the largest free-agent contract of the Mike Hazen era, he went 0-3 with a 9.35 ERA, and the team lost all four games. MB’s velocity was down, and he was tagged for seven home-runs in 17.1 innings. He lasted only two innings in his outing on August 9, and went on the IL a couple of days later with a back strain. He would seem to have a lot to prove – to himself, to the front office who signed him, and the fans as well. Though as you can hear, he largely declined to answer the question when Jack asked him if there was anything he wanted to say to Arizona fans. But he does not expect there to be much difference in his stuff and velocity from what we saw before.

Interesting, the team chose to send infielder Andy Young back to the alternate training site, giving them an extra pitcher for now. This may be a short-term response to Taylor Clarke only going three innings last night, but we’ll see what happens over the next couple of days. There is not an off-day for the team until a week Monday, so there may not be much respite for the bullpen before then.

Madison Bumgarner: He’s hoping for a “push moment” and somebody to step up and make a difference. He’ll be on a pitch count limit but Torey would not share. He wants him to go as hard as he can for as long as he can. I think you can look to game situation for when he might pull Madbum: “I just want to make sure that in this environment on this particular mound it’s a good first outing…………We just want it to be a healthy and strong outing where it ends on a positive note because he deserves that”

Roster moves; Andy Young sent out: sounds like mostly so they can allow for 15 pitchers and give enough coverage to the pitching staff. This decision is made from the front office level, and he’s a small part of that discussion.

Caleb Smith has some mid body soreness but he still believes he will be able to make a start in the majors this year. Not a huge setback and they will evaluate him day to day.