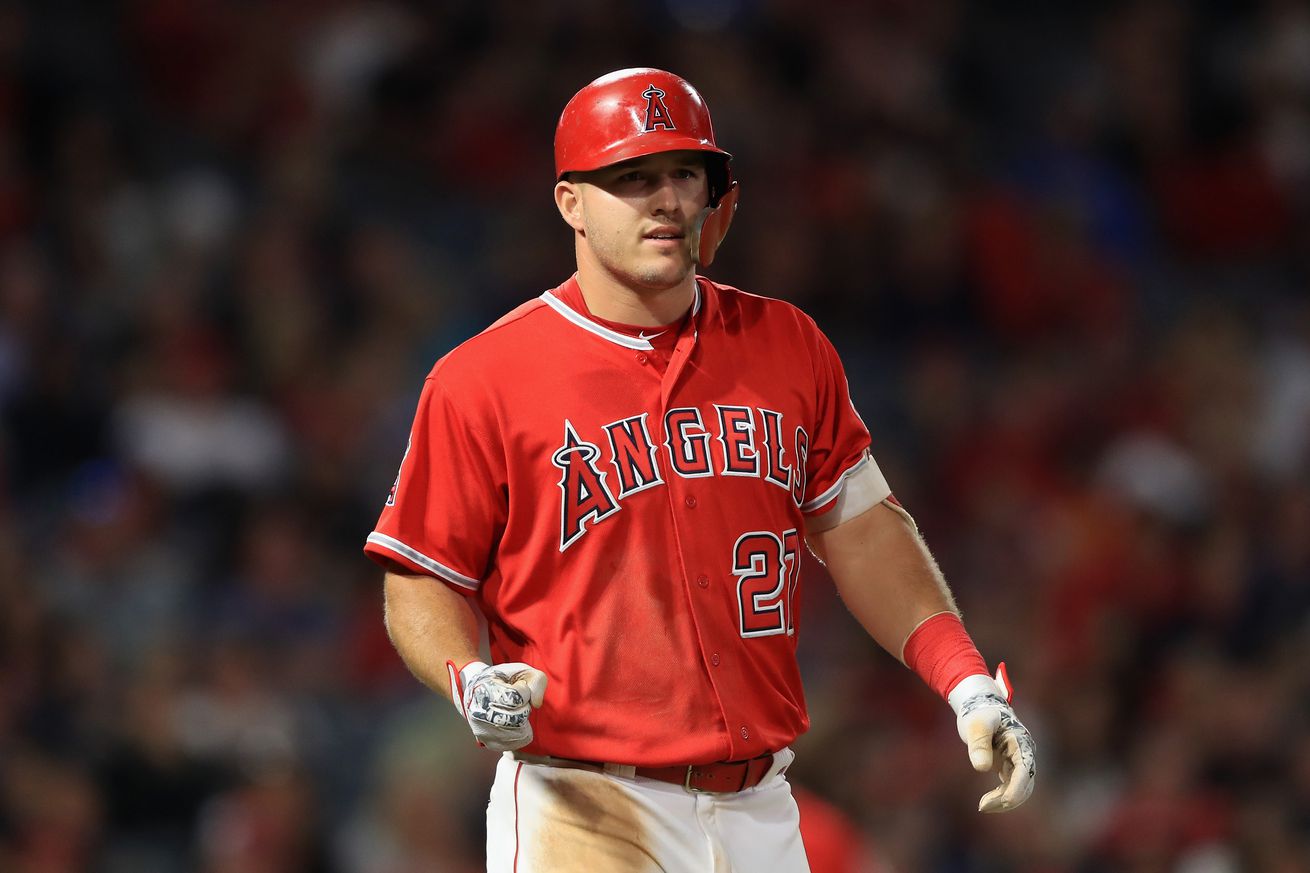 Mike Trout: arguably the most wasted player in baseball history.

Games until the blessed end of the season: 12

Mike Trout is going to miss the playoffs again this year. 10 years in, he has put up 73.8 bWAR, and has yet to enjoy a post-season victory. The only time he made it, in 2014, the Angels were swept by the Royals in the ALDS. That’s quite a feat. Here are the top ten leaders among active players by bWAR, and the number of games each man has played in the post-season.

To find anyone else with a handful of post-season appearances, you need to go down to Nolan Arenado at #20, with one win in his five playoff games. Andrelton Simmons, #24, has the same post-season figure. But the current “best” player in the game to have never appeared in the post-season is… [drum-roll, please] Kyle Seager. His 32.8 bWAR ranks him 35th among the active, and he has 1,309 appearances without a playoff game. The only other such man with over a thousand games is former Diamondback Jean Segura. Though both men still have something of a chance of ending that streak, playing with the Mariners and Phillies respectively at the present time.

Of course, it’s different these days, with this year, more than half the league making it into the post-season – not that this is looking likely to be of any help to the Angels, currently languishing with a 20-28 record. There are Hall of Famers who managed to have their entire careers, Cooperstown worthy as they were, without seeing a single post-season game. Ernie Banks leads the list: 19 seasons, 2,528 games, zero playoff appearances. Luke Appling is another; 2,420 games over twenty years, none of them in the post-season. It just seems WRONG that Jon Jay has 67 more playoff appearances than either of those Hall of Famers.

Trout vs. Bumgarner: Looking forward to “marquee matchup”. Bumgarner has never pitched in Anaheim before. He has at least two more starts, possibly three.

Ketel Marte: Took 25 Dry Swings yesterday (no contact) and hit 25 balls off a tee today without pain and did some running and throwing as well. Ketel is very excited and optimistic about returning before the end of the year, as is Torey. He’ll need to continue through his progression and clear medical levels, but it’s looking pretty good to see him back before end of year.

Taylor Widener is on the trip, will play catch out to 120 feet today., will throw a 30 pitch simulated game and then reevaluate. Torey hopes he can return within this road trip.

Rotation Changes: Just wanted to give Zac Gallen an extra day’s rest and pull back on him a little. No news about the nail. Matchups played a factor as well.

Caleb Smith’s outing tomorrow: Torey wouldn’t give away the strategy, but it sounds like Taylor Clarke could possibly be used to piggy back with Smith.