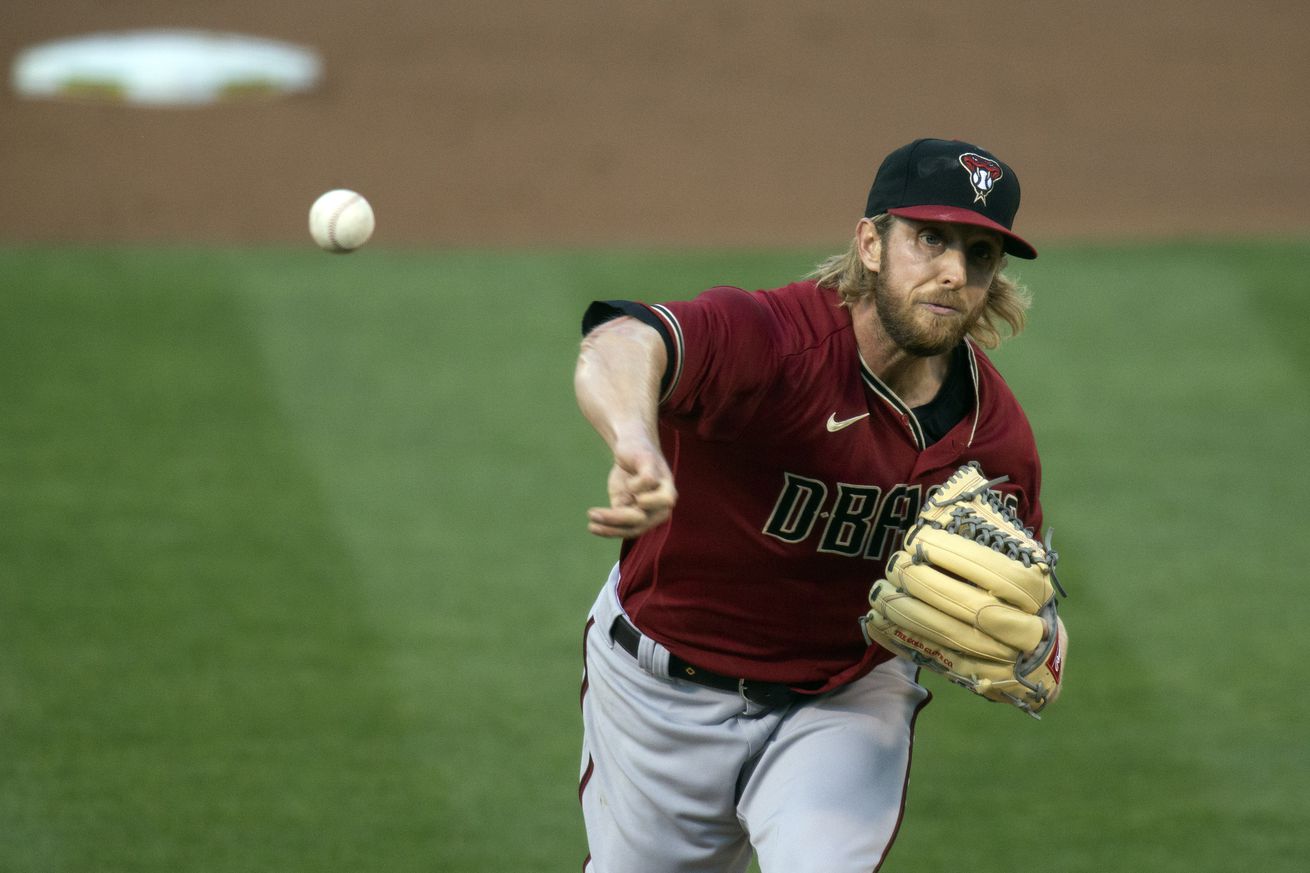 Games until the blessed end of the season: 11

As I mentioned in a comment earlier today, Madison Bumgarner’s Game Score last night of 11 was the lowest in franchise history for a game the D-backs won. It’s also the lowest score in a team victory this year. But it’s not unprecedented. Indeed, over 2010-2019, there were an average of about three a year such stinkers. However, MadBum’s was unusual in its length: most were two or three inning disasters. Bumgarner pitched into the sixth, and was one run short of ending up with the W: if David Peralta’s late homer had come with Madison still on the mound, for instance, he’d have got the decision. That’s considerably rarer.

Indeed, no pitcher with a GS of 11 or lower has received a W for over 65 years. The last to do so was Russ Meyer (no… not THAT one!) for the Brooklyn Dodgers in September 1955. He pitched into the eighth inning, allowing eight runs on 16 hits, without recording a strikeout. But the Dodgers had back-to-back six-run innings in the sixth and seventh, to give Meyer the W. The lowest Game Score ever to get a W was another Brooklyn Dodger: Lee Mund in 1945. He went the bare five-plus, allowing 12 hits, six walks and 10 runs, eight earned for a GS of just 2. But he left the game with a 12-8 lead and Brooklyn held on to win 14-10.

No Torey Lovullo for us today, but we do have two of our pitchers, whose seasons have gone in rather different directions…