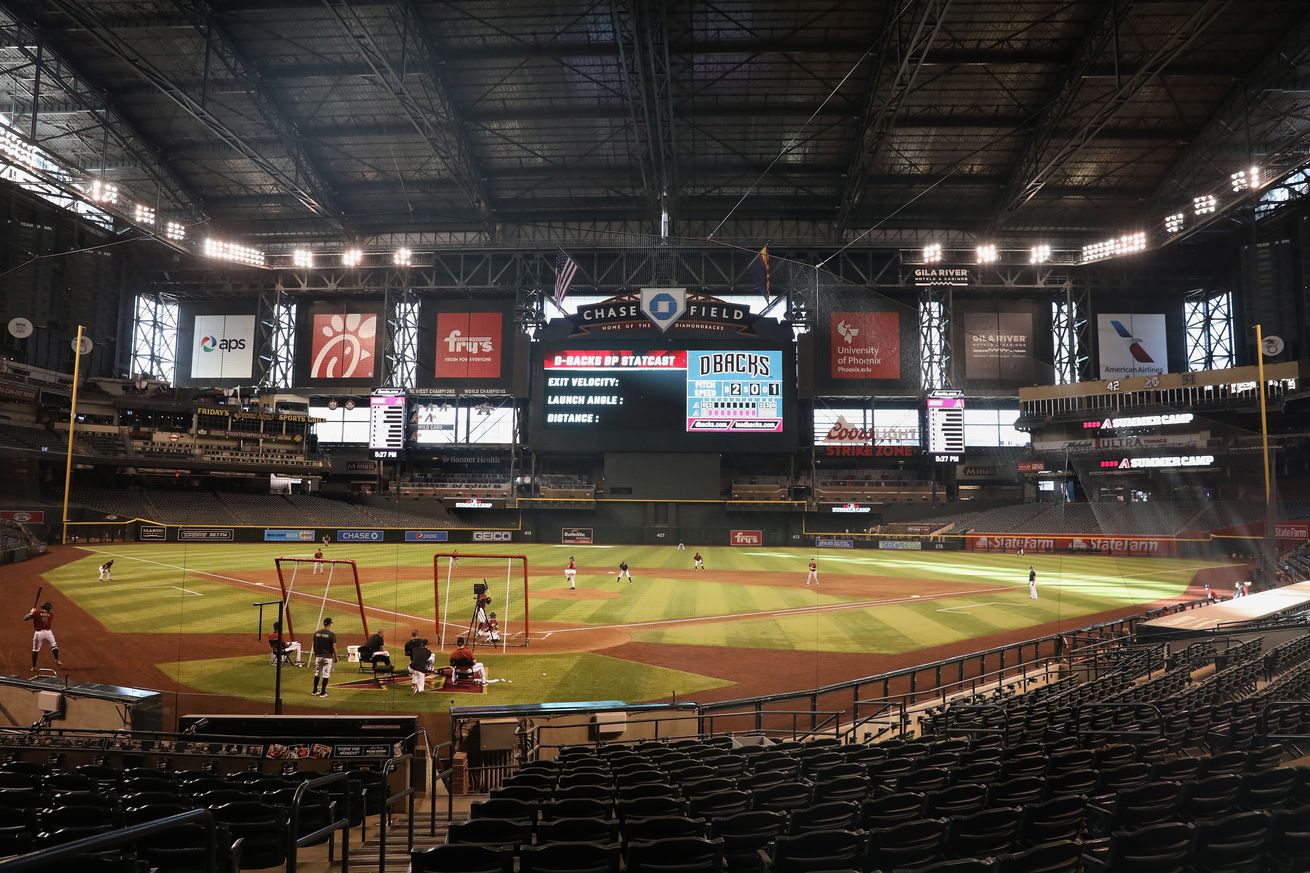 Our home opener. For some loose definition of those words, since it’s at home, but hardly open…

Yeah, this isn’t quite the game we expected to see when the 2020 schedule was originally announced, almost a year ago (August 19, 2019, to be specific). The team was then supposed to open this season’s campaign at home against the Braves on March 26. Obviously, that didn’t happen. The home opener ended up getting pushed back by more than four months, and as for Atlanta… Well, we’d need to make it to the post-season before there is any chance of seeing them. At least we’ll be able to watch the game with our commentators there, rather than trying to figure it out off monitors showing a remote feed of whatever gets sent. Can’t have been easy for Bob and Bert.

I was curious whether the lack of crowds has led to any reduction in “home field advantage” generally. We’re 83 games in, as we start play today, and although that is still a relatively small sample size, which could be distorted the schedules, the evidence so far suggests that it has indeed gone. Home teams right now are at 41-42 for a .494 win percentage. There has never been a time in recorded baseball history when home teams have been below .500. The previous lowest was over a century ago, back in 1917, when they went 620-605 for a .506 W%. More recently, it hasn’t been below .520 since 1994, when it was .517, and has generally been in the .530-.540 range of late. Something to keep an eye on.

Daulton Varsho: He’ll be a bench player for now. Looking for his bat and baserunning off the bench and his positional versatility in outfield or catcher. He talked a lot about Varsho’s ability to control an at bat

Torey made out today’s lineup yesterday, and decided not to change it just to get Varsho into lineup his first day up.

Kevin Cron: Addressing why Cron was sent out, it was hard decision, but he’ll get an opportunity to get more at bats at Salt River and get “Tuned up” and maybe help down the road.

Level of Concern with 2-4 start: Torey said he’d be addressing the same things he did today whether they came home 2-4 or 3-3. He clearly is not happy with the execution of the basics.

Jake Lamb: I asked him point blank, “Are you nearing the point where Jake needs to start putting the bat on the ball or you’re going to start having a tough time penciling him into the lineup?”

Torey hesitated a second before answering, pursed his lips and said he didn’t want to say anything before sitting down and talking with a player but spoke in general about the entire team, going out of the zone and swinging at balls, and taking strikes. Then he said this: “When a player approaches that threshold …. I’m probably paying attention to it in a very close way” (Emphasis Mine)

Jack’s take: I think Lamb needs to turn this around tonight or he could already start to lose playing time. Tomorrow’s LA starter is still TBD: righty or lefty we don’t know. Saturday they get lefty Julio Urias so Jake is definitely sitting for that game. Sunday is righty Walker Buehler’s turn. If not tonight, I’d guess Jake needs to start hitting by end of this series, or his playing time will be curtailed. Just a sense I got from Torey’s expression, tone, caution in how he worded things, and the specific comment about threshold leads me to believe Jake’s decision point is upon him.