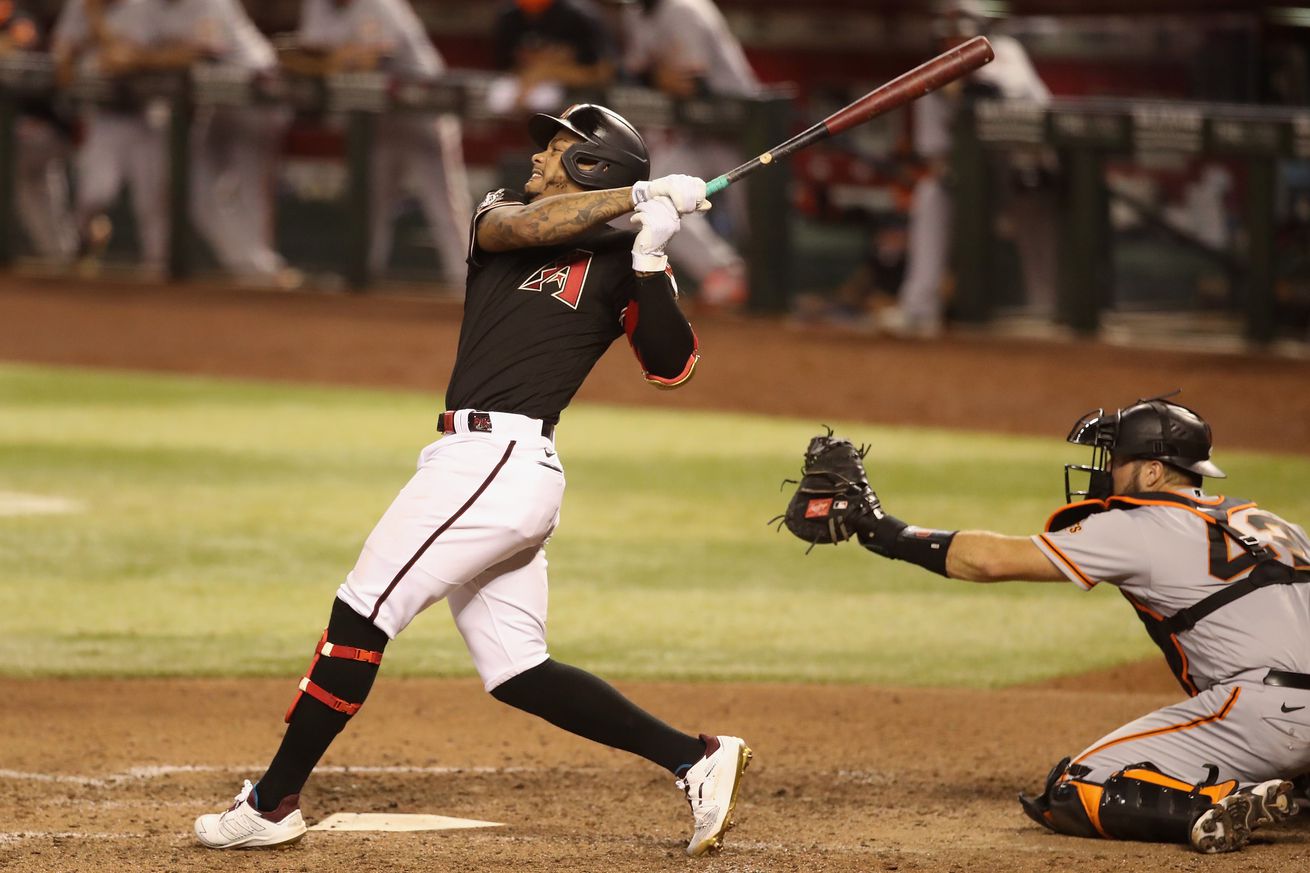 How much do 2020 struggles lower expectations ?

The shortened season has made player evaluation and forecasting more difficult than ever. The mantra we often hear and use of needing a large sample size to make accurate projections and forecasts is difficult to apply in this environment.

But we must forge ahead and do our best. MLB organizations are not stopping with their evaluations, nor should we. In that spirit, I decided to pull some basic data and see what we can glean from it.

I went to Fangraphs.com downloaded three sets of information. For this article I am strictly focusing on hitting.

What I’m looking for here is not to see how the year to date numbers stack up against the pre-season projections. Spoiler Alert: they’re all worse. But what I was most interested to see was how YTD performance impacted the Rest of Season Projections, i.e. EXPECTATIONS.

For simplicity and ease of reading I’m using just OPS in this article. I’m comparing the Pre Season projection, YTD OPS, and Rest of Season, and then highlighting the difference between the Pre Season Projection and the Rest of Season Projection. I break this out into groups or tiers by playing time. I don’t include players we no longer have, even if they played this season, and I don’t include players that have not played in the majors this year.

I will also post the fuller tables at the end of the article for those looking to see a bit more detail. This is rate stats only, no counting stats.

These are the most important players on the team when it comes to offensive expectations going forward. The first 5 on the list are under multi year contracts, and Christian Walker is still Pre Arb and under team control for quite some time. They are the CORE of the team’s offense not only for the rest of this year, but heading into 2021 as well.

And no two players in this group are more important than Ketel Marte and Eduardo Escobar. They’re getting hit the hardest in terms of how this year’s performance has impacted future expectations, dropping 37 and 36 OPS points respectively. As can be seen by the fuller table at bottom of article, Ketel is getting hit especially hard in the power department, with his ISO , (Isolated Power is Slugging – Batting Avg) dropping a whopping 27 points. That’s the biggest expected ISO drop on the team. Eduardo is getting hurt by low batting average and OBP, and those measures are taking a hit going forward.

David Peralta and Nick Ahmed are also seeing significant drops between pre season and ROS performance expectations, just not quite as extreme as Ketel and Eduardo. Projections for Kole Calhoun and Christian Walker have not changed much at all.

The disastrous results at the plate for the three players in this group result in the three largest drops in expected OPS between pre season and ROS projections. The reason I put them in this grouping is because they’ve only had between 46-67 PA. It’s very few PA, and while the PA totals in the Group 1 are not a big sample size either, this group’s is sample size very small. BUT the performance over this sample size has been SO bad that it still has a large impact on the ROS projections. In Lamb’s case it doesn’t matter. He’s gone at the end of this season. And Stephen Vogt is subject to a team option next year. If the team is confident in Daulton Varsho behind the plate and Vogt does not show he has anything left as a hitter they can decline that option. It’s going to be tough for Vogt to move the needle, as Torey indicated Varsho is going to catch at least once or twice a week. As for Carson Kelly, he’s taken a huge step back at the plate in 2020, continuing the struggles we saw over the last 6 weeks of 2019. He’s going to need to make some large adjustments to close up the holes in both his swing and approach to remain a viable “offensive” catcher going forward. In his case that is especially critical, as his defense has been poor this year too.

It’s tough to glean much from this group as nobody here even has 40 PA yet this season. But Kevin Cron and Josh Van Meter (playing for the Reds) have managed to be so bad in minimal playing time as to significantly impact their projections. Cron’s projections still isn’t bad but you have to wonder if the “Reno Adjustment” is sufficient.

Varsho has dented his projection as well, but if he can achieve a .742 OPS going forward I’m sure most of us would be satisfied with that from a Catcher/Center Fielder in his first callup. Not much else to say about this group. Jon Jay probably won’t be here next year. Rojas hasn’t played. Locastro is what he is. He’s fun to watch, and impacts the game with his speed and defense, but we should have a good idea what we can expect at the plate. Andy Young’s projection is the only one in the “Green”, and that’s due to OBP bump.

It will be interesting to circle back in 3 weeks after some of the guys in this group have gotten some more PA to see what we’ve got.

Here is a summary table with all three groups together

SUMMARY: Obviously this is not encouraging, and it does not bode well not only for the rest of this season, but into next year as well. They have a chance to move the needle back in the right direction however by having some better at bats and results over the next 24 games. Let’s hope they can do that.

Here is the rest of the Triple Slash Data. Click on image to expand and if on your phone turn sideways…it might view better. 😉