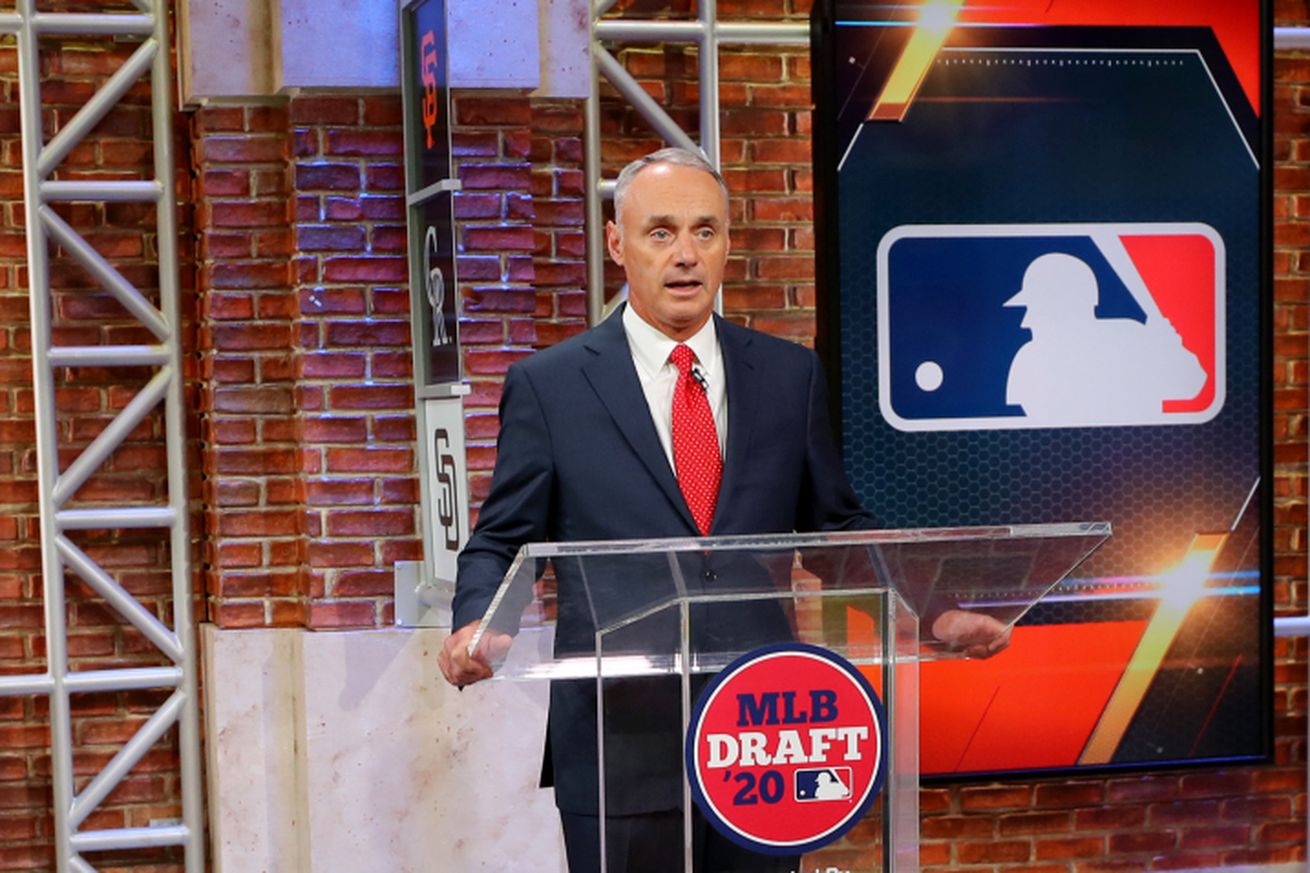 What is going on with the recent changes by Rob Manfred, and how does this impact the Arizona Diamondbacks?

I have spent the last week trying to get someone to go on the record to discuss these conversations, mostly to no avail (save a pair of people none here will have ever heard of). However, now that Manfred and others have let the cat out of the bag, it is time to start talking about a couple of major changes expected to come to baseball that many hope will change the competitive landscape.

While it has been apparent to fans for a number of years now, it has taken the 2020 season to truly highlight to owners just how badly the concept of tanking is hurting the game of baseball. Fans simply have little interest in sitting through one or more seasons of watching a team that has no real aspirations for winning. Sure, if a team is bad long enough, the future might be bright, but that future is still more than 400 games away and hardly a certain one. The tank to get better approach rarely works as well as front offices hope. Yes, the Washington Nationals saw their futures change after a pair of back-to-back poor seasons landed them Bryce Harper and Stephen Strasburg. Something to note, however, is that those two teams did not need to tank very hard. They were legitimately that bad, despite having some good players on the team. The Chicago Cubs tore the team down to the studs, but Theo Epstein was looking to the future early in the tear down and began spending money even before the team was done tearing things down. Most notably, Epstein identified Jon Lester as the pitcher to build his staff around and in so doing, grabbed him as a free agent two years before the “tanking” would be done. The biggest example of success in tanking to improve is, of course, the Houston Astros. Yet, even in Houston’s case, their success was only partially driven by the draft. Yes, they have found strong first round talent. However, of the three players they drafted with the first pick of the draft, only one (Carlos Correa) made it to the majors. The other two (Mark Appel and Brady Aiken) failed to ever reach the show. In Appel’s case, he is out of baseball already, topping out in AAA in 2017 (for the Phillies). Aiken is technically still a member of the Indians’ organization, though he has not thrown a pitch for them since two games into the 2019 season, when he decided he needed time away from the game. If not for the 2020 pandemic, Aiken (if he played) would have been a 23-year-old playing in A-ball, more than three seasons after he was drafted.

Obviously, a string of strong draft positions can help alter the fortunes of any franchise. In addition to having a better shot at premium talent, teams choosing closer to the top of the draft have a larger bonus pool with which to snag other, secondary talents later in the draft. Still, it is asking a great deal of fans to sit through two, three, four, maybe five consecutive seasons of uninspired baseball. Additionally, when more than one team is in tank mode, the competitive integrity of divisional and league play become suspect. Given the nature of the 2020 season, this lack of competitive integrity has been on display like never before. Not all of the lack is due to tanking, but a large portion is. With the season suddenly condensed down to two months and being treated as a huge asterisk anyway, teams are not shying away from allowing the on-field product to suffer while still reaping the same rewards they would for stinking in a 162-game season spread out over six months and with no pandemic excuse in play.

The time has finally arrived. Owners openly agree with fans that something should be done about tanking. In order to combat tanking, a number of ideas were floated. Two of them, used together, have floated to the surface. The first one was mentioned when the shortened season was announced and then promptly forgotten by most until the last week or two when news outlets started reminding fans that the 2021 draft order has not yet been set. What’s more, any changes made to the draft order likely will not be temporary.

In the discussions being had about the draft order, a select few options have floated to the top.

Combine the 2020 and 2021 records and issue draft status based on reverse rankings. Then, on a rolling basis combine the previous two seasons moving forward.

Under this plan, the draft order changes significantly. On September 11, the Pirates were sporting a record of 14-29, worst in the majors and in line for the first pick. By combining their record with the 2020 club’s the Pirates drop from the first pick to the fifth. The Boston Red Sox drop from second to outside the top half of the draft. For the Diamondbacks (fourth on that date), they would drop to 14th. Meanwhile, 2019’s lowly Tigers and Orioles move from nine and tenth to first and second, respectively.

Average 2019 and 2020 and then, moving forward, average the previous and current seasons to establish draft order.

This alternative has had a number of variants, almost all of them revolving around how to weight the two seasons when averaging them. It is mostly agreed upon that the weighting should favor the current season over the previous one, but the amount by which that would be has floated anywhere from near 50/50 to 80/20. The amount of weighting would have a significant impact on the eventual draft order, though the Tigers and Orioles still have to like their chances for selecting first and second.

Installing a draft lottery, with selection chances based on reverse record

In this situation, teams would be tanking for additional ping pong balls, not for the first pick. One thing to note is, if the lottery was adopted, it would not necessarily be in lieu of one of the methods listed above. More than likely, it would be in addition to one of the above methods, making it even harder to ensure a top-three pick just based on poor performance.

While teams were aware when the season began that there might be some alterations to the 2021 draft order, it was largely expected that this would be the case only if MLB failed to complete its 60-game season. Manfred floating the notion that the draft order selection criteria for 2021 is still not set has more than a few on edge.

As an outside observer, it does seem both cruel and unfair to wait until the last moment to spring such radical changes on the sport. The 2020 World Series is going to “count” as a championship. By that logic, finishing last should also “count”. If the criteria for determining draft order is going to change, fine, let it change. However, change it between seasons, maybe even during the CBA. Give teams a chance to plan accordingly.

Altering the way the draft order is determined is just the first part of the potential changes on the horizon, those being implemented to improve the competitive nature of the sport. The second spear of the two-pronged approach has now been openly revealed – the expanded playoffs which were instituted to help owners recoup some of their lost 2020 revenue are likely to stick around permanently.

Part two will evaluate how the expanded playoffs, combined with an altered draft order could significantly change the competitive landscape of the game moving forward.