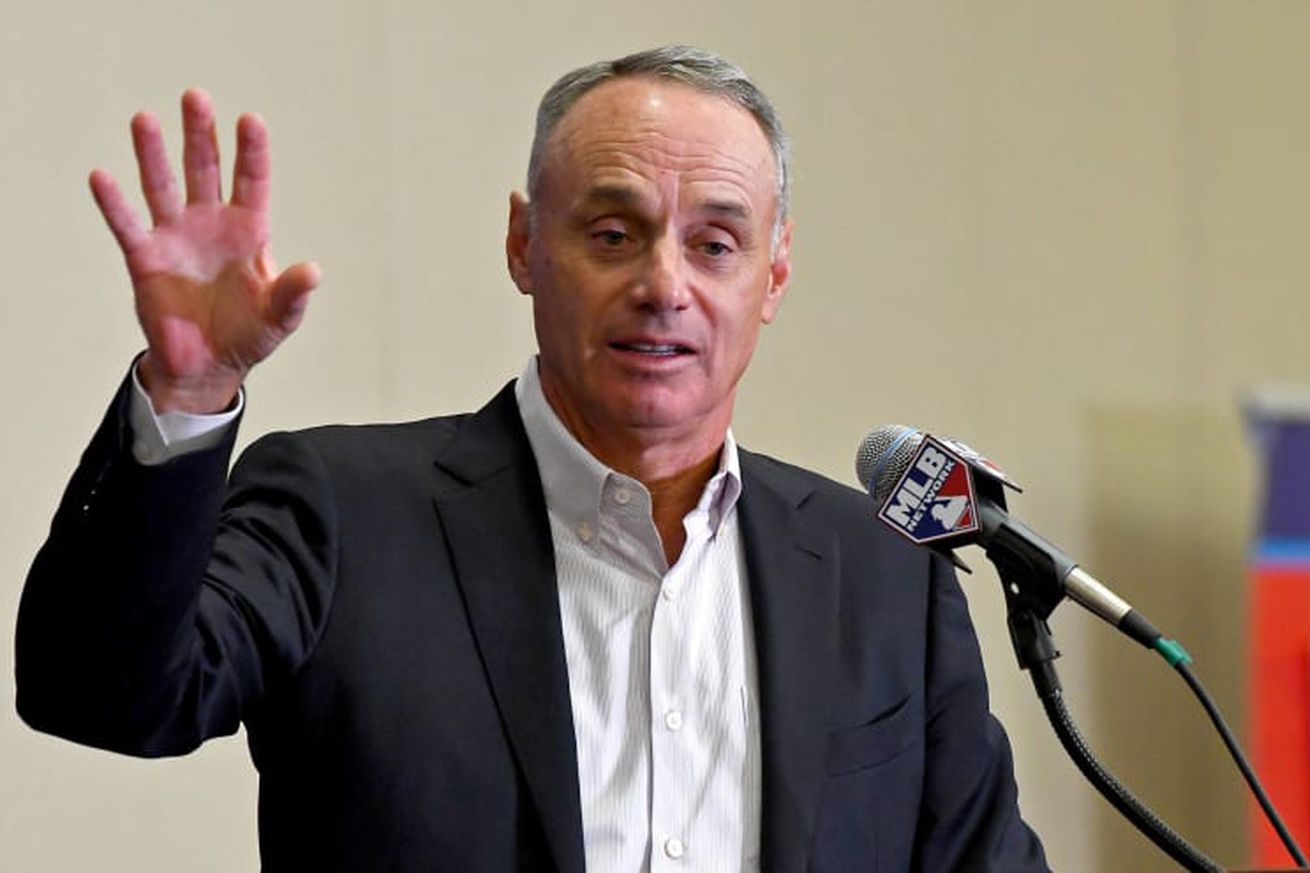 Do Rob Manfred and the owners have a viable solution to prevent tanking in baseball?

Tanking has become a big enough problem in the sport of baseball that even ownership has started to take notice. Now, it seems Rob Manfred and the ownership brain trust might have a potential plan to combat the strategy of losing. In this plan, two changes are made to how baseball operates. The first, discussed here, is the draft. The second is the subject of this piece, a new, expanded approach to the playoffs.

In an effort to help owners recoup some of their lost revenue as a result of the pandemic, all parties involved came to an agreement to expand the 2020 playoffs to include 16 teams. Now, as of yesterday, Manfred is on the record as saying he hopes to keep the expanded 16-team format in place beyond the 2020 season.

Given the amount of blow-back that MLB has received from both fans (see just about any social media outlet or walk into a sports pub) and industry experts, it might seem that the 16-team format was not long for the world. However, given the way that MLB and ownership defines the health of the sport, it seems unlikely that the format is going away, even if Baseball America and others have laid out a path for keeping the playoffs at only 12 teams and still fitting in the newer number of playoff games in addition to a full 162-game season.

Yes, part of the game’s health is determined by how many fans are going to the games when attendance is allowed. However, it is the ancillary revenue streams which those fans bring that determine how owners view the health of a franchise. After all, twelve dollar beers and twenty dollar foam fingers only go so far towards bolstering a team’s bottom line. No, the big payoff from having fans in the stands comes from what teams can charge other entities for advertising within the confines of the park. Advertising dollars, both in the stadium and during the commercials of broadcasts are where the money is made, hence the lucrative deals provided by so many regional sports networks, backed by MLB’s decidedly anti-fan-friendly blackout rules. During anything categorized as “playoffs”, ad revenues skyrocket. This, the more playoff games that can be crammed into a season, the more potential for the ridiculously larger ad revenue streams. This is a major reason why owners have quietly (most of the time) been pushing for expanded playoffs for a number of years now. It is also why, the likelihood of the number of teams being dropped back down is small. This expanded field means that more than half the teams in the game get to drink from the trough that is playoff advertising.

While it is almost certain that, over time, the overall seeding or format for advancement may change should the playoff picture not shake out “correctly” for a series of years (after all, as “logic” holds, it was entirely too easy for Wild Card teams like the Marlins and Giants to win the World Series under the previous format), there are far too many variables that can be put into play to ensure that sub-.500 teams don’t actually have much of a chance to win the Commissioner’s Trophy.

This creates something of a sticky wicket. With a playoff field of 16 teams, the chances are quite high that a sub-.500 team makes it to the playoffs in any given year. In fact, every season for the last seven, at least one sub.500 team would have made the cut. Where then, is the incentive to spend big in order to make the jump from being an 82 or 84-win team, to a 92-win team. Baseball analysts of just about every stripe will tell you right off that it is those marginal ones, the ones above 84 or 85 that become the hardest to find, and are often the most expensive. Would a Ken Kendrick owned 85-win Arizona Diamondbacks team really have gone out and spent like they did to bring in Madison Bumgarner? Would the increased money received from playing in the playoffs had still kept that signing a reality? Or, would owners begin to consider anything above .500 ball a “good enough” push in most seasons and save spending any real money for those seasons in which the bottom fell out and two players are needed to come in to re-elevate the team to mediocrity? There is no one answer to this. Team situations, owner enthusiasm, and market power will still continue to play into such decisions.

The larger problem under this model is this, teams may see some incentive to continually play on the cheap, satisfied with making it to the expanded playoffs once every two or four years. The result being, that they continue to score better draft selections, which in turn will allow them to. eventually, field one of those 85-win teams on the cheap.

This is where the expanded playoffs and the revised draft order meet. If the draft order is based on the records of multiple seasons, tanking already becomes more difficult. Add in that the difference between an 81-win team and a 90-loss team is not really all that great, and suddenly the playoffs become a much bigger carrot to chase. In order to tank hard enough to score the highest of picks, a team would have to push for 95+ losses in consecutive seasons. That’s actually much harder to accomplish than many might think. The random nature of baseball is so extreme that, even a 116-win team can lose on any given day (or even days) to a 73 or 75-win team. This randomness is why so many, both fans and teams alike, are not in favor of the one-game play-in that has been the Wild Card of the last few seasons. It is part of why the Wild Card round has been expanded to three games, even though the new format will almost certainly work even harder against a team from that round actually advancing through to the World Series.

A 90-loss team is not going to feed from the playoff revenue trough. Nor is a 90-loss team going to have a great playoff pick. The move towards becoming a playoff team will, if things go as planned, actually be easier than the move towards a high draft selection and the randomness that comes with having a draft pick. Remember, the Houston Astros only realized one MLB player out of three first overall picks. However, spending even a marginal amount and having the slightest bit of luck could change a 90-loss team into an 83-loss team, and possibly a playoff berth, which will come with increased revenue. Another miss means another small investment to get over the hump and back into the realm of playing .500 ball or slightly better, just enough to once again taste that sweet postseason ad money.

It doesn’t take much of a genius to see where the problems lie in this plan. The biggest problem being that, this new model openly incentivizes rampant mediocrity. The playoffs become more of a participation trophy than anything else. The watered down banners that get hung in stadiums around the country become little more than additional branding opportunities. “See how many banners we have hanging up, you need to get in advertise before the room is all gone.” Yes, the ultimate goal for any franchise will still be to win the World Series.

The question will then become, how hard will many of the more frugal teams actually try? It is not at all difficult to see the format becoming one in which the big money teams become the only ones interested in marquee players and their contracts, as they seek out those more expensive marginal wins. But then, those Wild Card banners fly forever, and for some owners, that’s the name of the game.

While Manfred’s combined plan my indeed “solve” the problem of tanking, it risks ushering in an age of decidedly uninspired play by an abundance of teams on a regular basis. This creates an entirely new set of problems, the likes of which the NHL and NBA have both been struggling with unsuccessfully for years. Therein lies the rub. Which is more distasteful, multiple teams tanking every season, skewing the competitive balance of the sport and alienating large numbers of fans, or a league that rewards mediocrity enough that the league settles out right around .500 ball most of the time?