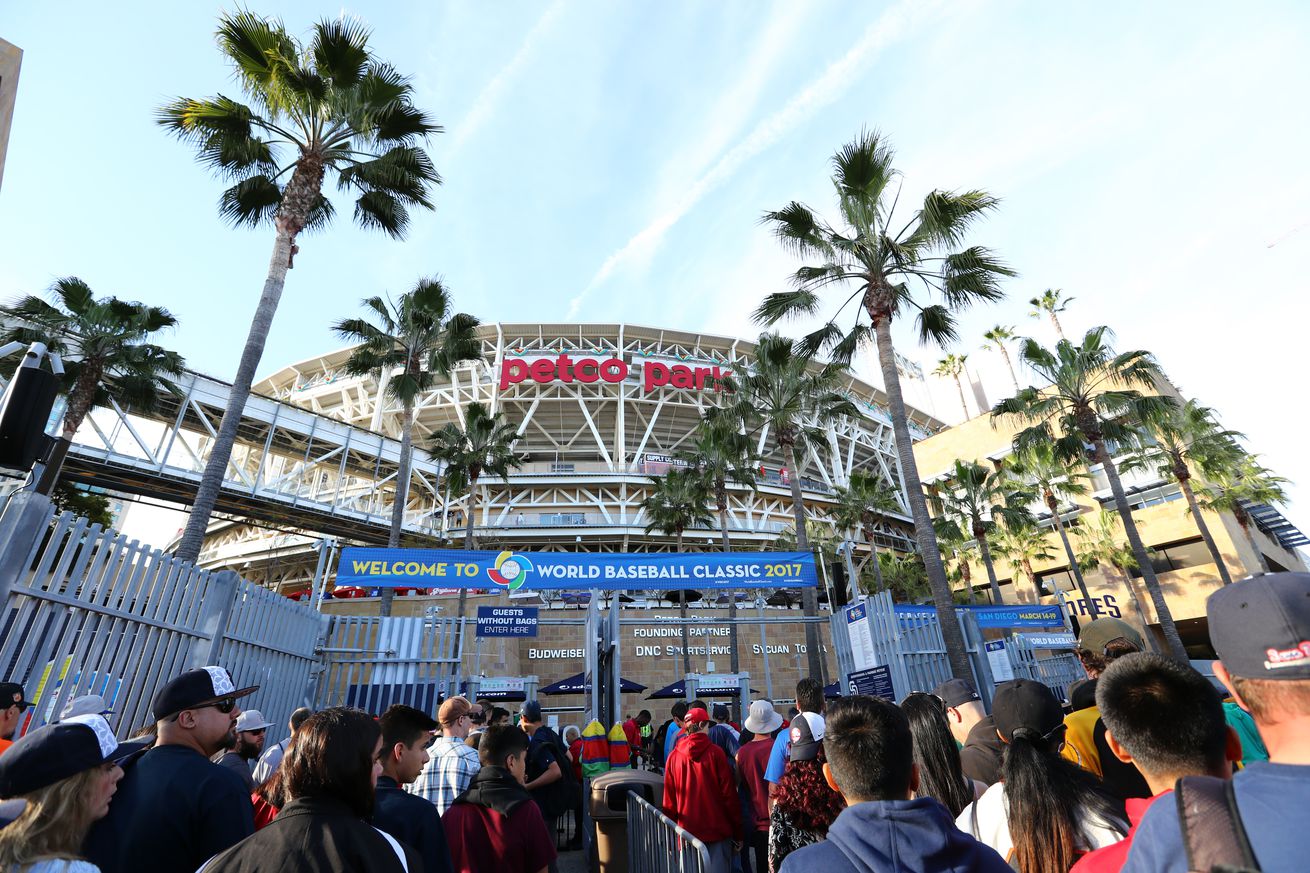 This weekend in San Diego should be this year’s iteration of San Diego Comic-Con, the annual mega gathering of all things nerd. MLB should be four months into the season and approaching the trade deadline. The Dodgers should be about to pull off a mega trade that all of baseball will be talking about for weeks, while Mike Hazen would be working on a seemingly less significant trade that actually would have more impact on the results of the season, and the Padres should have already forgotten their early season dreams of competition, as they do.

Instead, none of the above is true, and it’s Opening Day! In 60 games, 16 teams will be going to a Postseason like nothing we’ve ever seen, with storylines and upsets that will make your head spin. Each game has more importance than ever before. Last year, 19 different teams had 7 game losing streaks, including the Champions*, the Astros. This year, if you lose seven games, it will be the same as having a nineteen game losing streak! Remember, folks, it’s a sprint, not a marathon, so let’s get started!

Madison Bumgarner will finally make his long awaited debut for the Diamondbacks on Opening Day, after signing a five year, 85 million dollar contract during the first half of the offseason. He has seen a not-so-gradual decline over the past four seasons, seeing his ERA+ go from 146 in 2016 to 107 last season. Obviously, Mike Hazen and the Diamondbacks are hoping that he levels out and maintains a decent level of production for a few years.

Chris Paddack was a rookie last season, and was limited in his work load due to his ongoing recovering from Tommy John Surgery. However, in 140 innings, he did put up the third best ERA for a Padres Rookie, and the fifth best WHIP in the majors last season. The young righty throws a lot of strikes, and those strikes are very hard to hit. This will be his first Opening Day start.

I don’t think there has been a player more analyzed in either Spring Training or Summer Camp for the Diamondbacks than Robbie Ray. He is just 60 regular season games away from becoming a free agent, and every single factor about his game has been examined ad naseum. He’s changed his mechanics, he lost weight, and seems to have added three or four MPH to his fastball. This has lead to basically everyone wondering if he has finally put it all together and this is the season he takes the next step.

Dinelson Lamet had an abbreviated season last year due to his recovery from a 2018 TJS. He was pretty much league average in the 14 MLB starts he was able to get last season. He has three good pitches, a mid 90s fastball, a slider, and a curve. He used those three to put together a 33.6% strike out rate, only behind such names as Cole, Sale, Scherzer, Verlander, and Clevinger Based off my twenty minutes of reading about him, he honestly reminds me a lot of a young Ray, so this is a fitting matchup.

Zac Gallen had a very impressive rookie season split between the Marlins and the Diamondback. It’s not a hard argument to make that for the two months after the trade, he was the best pitcher on the team. He’ll look to avoid a sophomore slump and pick up right where he left off. Whether or not he is able to do this is going to be a key factor for the Diamondbacks this season, and will have a big impact on if they go to the playoffs and how far they make it if they do.

Garrett Richards rounds out the trifecta of recently returned from TJS pitchers for the Padres this series. It’s an interesting strategy that makes a little more sense when you realize that the three of them are making a total of 9 million this season. Richards is the least removed from his surgery, with Sunday’s game being only his fourth start back. The three he made at the end of the last season were… not good. He only managed eight innings and gave up eight runs during them. He has a lot of potential for the Padres, though. His last two full seasons he put up an ERA+ of 180

Luke Weaver started strong for the Diamondbacks last season that was derailed by a forearm strain. In the 12 starts he was able to complete, though, he was rock solid for the Diamondbacks, putting up numbers comparable to Gallen in about the same amount of time. Weaver stands to be one of the biggest beneficiaries of the shortened season, as it was looking likely that he wouldn’t be ready for Opening Day, and when he did join the team, he would have been on an innings limit. Assuming he doesn’t have any issues out of the gate, that can only be a good thing for the Diamondbacks

The Padres are perhaps even better than the Diamondbacks in collecting players that never live up to their hype. Every season in recent memory, they have been the dark horse picks to win the NL West, and never even factor into the late season conversations. I don’t see much reason to believe that’s going to change this year. My prediction is Dbacks take two of three, with the wins coming on Bumgarner and Gallen’s starts. Now that I have all four games included, I’m leaning towards a series win, though its hard to really say without knowing who is going to be pitching for the Padres on Monday. I’ll stick with it though, and say the Dbacks take 3 of 4.