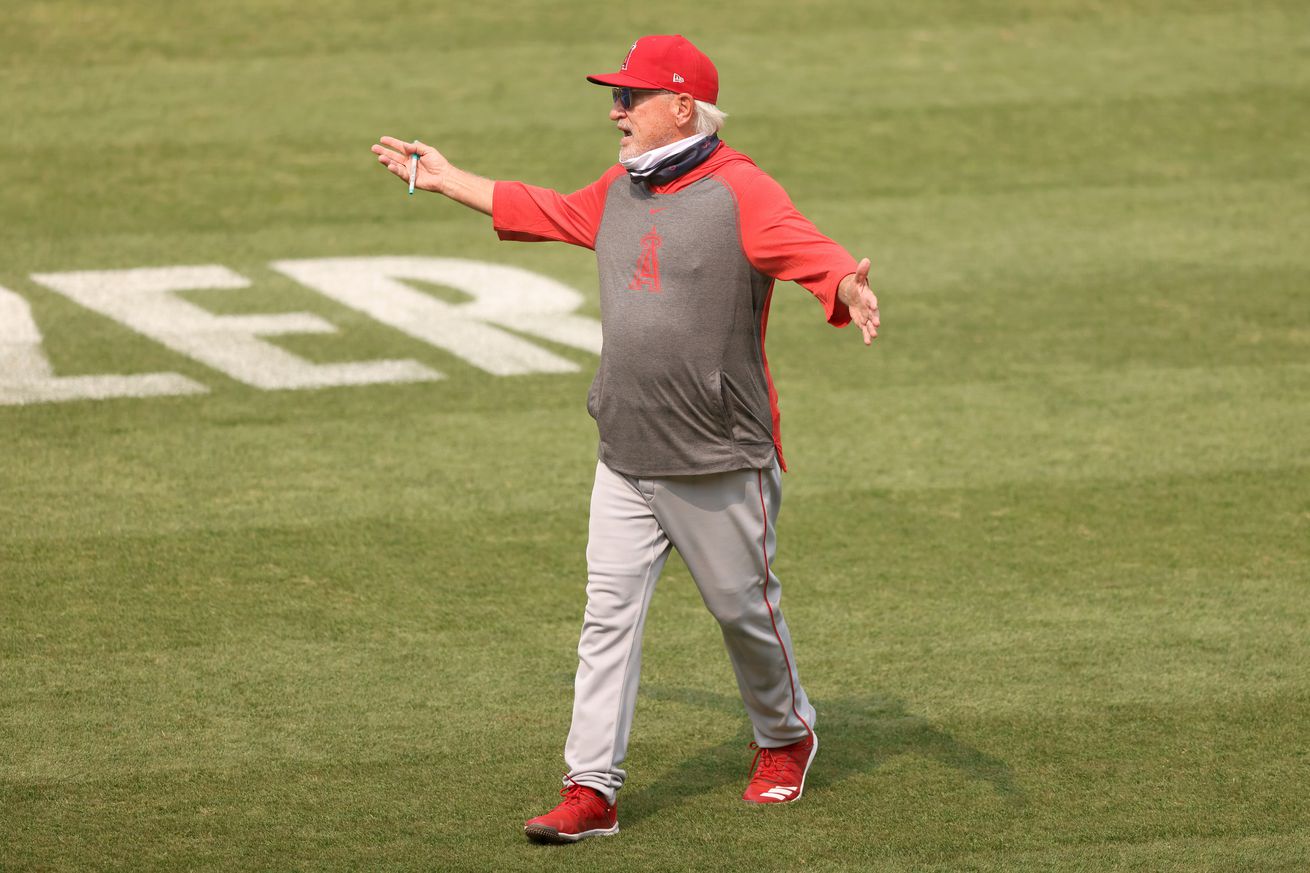 Which players are performing best?

This series will be interesting because each team has recently been under-performing. “We [the Angels] have had some guys that have not been able to consistently deliver to what their projections are or what their accustomed level is.” – Billy Eppler. The same could be said about this season’s Diamondbacks.

Who are the Diamondback under-performers? Zach Buchanan wrote that next season it is important that performance improvements are made by Madison Bumgarner, Ketel Marte, Carson Kelly, Luke Weaver, and Eduardo Escobar.

As a result of under-performance, three Diamondbacks players have recently been given significant playing time: Daulton Varsho, Tim Locastro, and Josh Rojos. They showed flashes of greatness. Next season, will they win starting roles?

Looking at this series, instead of looking at under-performers, let’s compare players who are doing well this season. The following tables show the best hitters and starting pitchers. The Angels compare favorably, except for Zac Gallen and Ketel Marte.

This game is advantage Diamondbacks because Madison Bumgarner is pitching better. The two indicators are:

Julio Teheran’s ERA is the worst of his 10-year career, by a large amount. On 19 August he was moved to the bullpen. The next day he entered the game from the bullpen and pitched 5 innings. After that he started 3 games.

In his first game as a Diamondback, Caleb Smith’s allowed 1 run (a homer) in three innings. His pitch count was 40, which is great for three innings. In Wednesday’s game, after 3 to 4 innings, will the bullpen pitch for the Diamondbacks?

Smith’s innings completed will contrast with Bundy, who pitched 7.1 innings with 12 strikeouts in his last game. Twice before in this season, he struck out 10 batters. One of those games was a complete game with zero walks and one earned run (a homer).

This season, Alex Young has made 8 bullpen appearances. This game will be his sixth start. Alex Young and Griffin Canning look very evenly matched.

The coaches for both teams are facing challenging circumstances. In light of the Diamondbacks falling short of “unbelievable expectations,” Torey Lovullo told his players five things: slow things down, be the best version of yourself, play your best game today, take your best at-bat today, and make your best pitch today.

The coach for the Angels, Joe Maddon, has expressed his philosophy, principles, and ideas. Later, his words are called Maddonisms. Let’s look at some of them.

Meaning: “…keep the players from overcomplicating their jobs. I don’t want extra work. I don’t want too much information.” – Joe Maddon. The strength of this imperative is that it can be different for each person. For example, do simple better could mean a better way to achieve a mental state that excels at the task. Maddon had an insight on how to reach simplicity.

Meaning: “I’m really a big believer of running towards the fire as opposed to away from it.” – Maddon. Applying that to myself, my writing is better when I write about how to succeed than when I write about sending Diamondback players to Greenland.

Meaning: This means more than run hard for 90 feet. On a plane ride in the 90s, Maddon sat next to a lady who said, “Whatever you put out there will come back to you.” The deeper meaning is that when players consistently put out their best effort, good things will happen for the team and the player.

Know we are not perfect, but can be present.

Meaning: Baseball is a game full of failures, even for the best players. Those failures can harm a player’s mindset. Perhaps perfect is the enemy of great. One good mindset is “Although today’s performance was imperfect, it was good enough for today. And I will continue to get better every day.” Another insight is that individual players make mistakes, but sometimes teammates who are present on-the-field can make-up for mistakes.

Meaning: Michael Aday, who calls himself meatloaf, had a 1977 hit song Two Out of Three Ain’t Bad. “They got us, but any time you ‘meat loaf’ the other team in a series, you’ll take it. Meat loaf tastes good all season long. By the end of the season, it might be your favorite meal of all time.” – Joe Maddon

Meaning: Sometimes the cost of success includes fanatical and uncompromising pursuit of excellence. Perhaps crazy could be viewed as zealotry, revolutionary, and transcending limits daily. “You have to have a little bit of crazy to be successful. I want crazy in the clubhouse every day. You need to be crazy to be great. I love crazy. I tell my players that all the time.” – Joe Maddon

Meaning: When a player is uniquely his best self, it indicates something special. Maddon’s team signed Ben Rowen, who had a funky sidearm delivery. “I’ve always been a funk guy. The funk is good. Whenever you get funk in the bullpen, I like that.” – Joe Maddon

Meaning: Don’t obsess with past decisions. Retrospective review of a different action is flawed because you didn’t get to see the result of the different action (you are guessing and there could have been an unexpected outcome). Maddon uses these words to answer critics who second-guess his decisions.

Meaning: Balance analytics with the human element. “My point is to move this thing [success of the Angels] forward, I want to create this method that incorporates both.” – Joe Maddon

Meaning: Generally accepted wisdom is not always the path to winning. “Making the first or third out at third base is okay.” – Joe Maddon

Don’t ever permit the pressure to exceed the pleasure.

Meaning: The internal joy of performing your best is always more powerful than external expectations.

In our world, for me, every day is Friday night.

Meaning: Celebrate and enjoy every day as special. Be happy because happiness fuels success as explained in the book The Happiness Advantage.

I leave it to you the reader to explore the following Maddonisms.