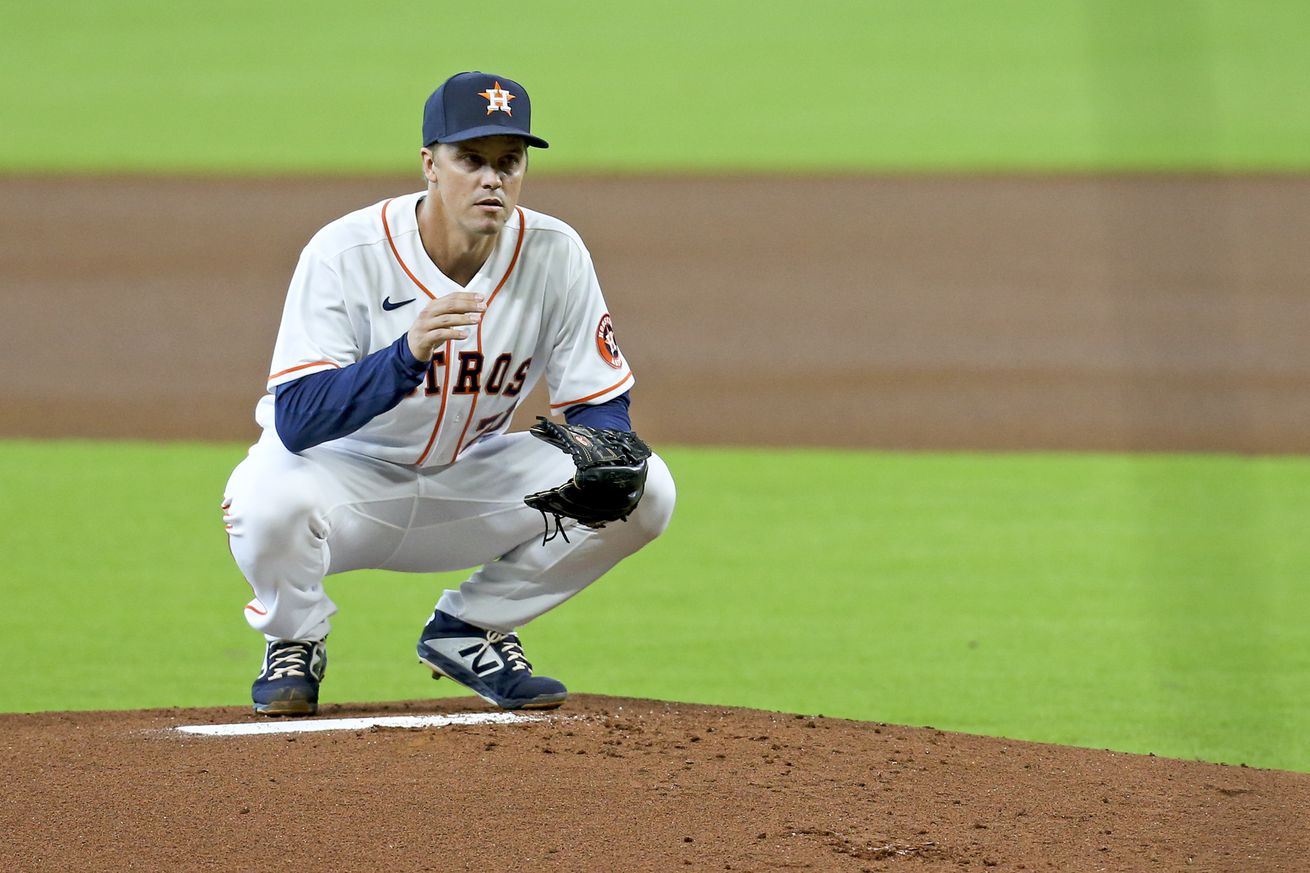 Facing off against Zack Greinke will be fun and interesting

The defending AL Champion Astros have had an up and down and mostly difficult season. They won’t evoke much sympathy, having cheated their way to a world title in 2017 and another pennant and world series appearance in 2019. New manager Dusty Baker has really had his hands full turning things around.

They’ve been beset by injury and tragedy.

They are currently the 6th seed in the AL playoffs, due to their 2nd place standing in the AL West. They’re in the soft part of their season ending schedule. After facing the D-backs they finish on the road in Seattle and Texas. Barring a catastrophic collapse they should have a chance to defend their AL title. It wouldn’t shock me to see this team gel just as the playoffs start. Especially if Verlander is healthy.

The Diamondbacks are coming off a series victory in Anaheim against the Angels, and will hope to repeat the success they had at Chase Field against the Astros when they took two of three in early August.

Winners of 4 of their last 7, the D-backs have been employing a “youth movement” since the trade deadline. But it’s been veterans Kole Calhoun and David Peralta doing most of the heavy lifting. Carson Kelly and Christian Walker have chipped in, and rookie Daulton Varsho has hit a few homers but been inconsistent.

Houston offense has been struggling, scoring just 2.4 runs and batting .176 in their last 7 games

Stefan Crichton has emerged from the ashes of the D-backs bullpen to take over the closer’s role, recording saves in back to back games on Tuesday and Wednesday in Anaheim. Hector Rondon continues to turn his season around after a very bad start, allowing just 1 of the last 8 batters he’s faced to reach base. The same goes for Yoan Lopez.

Ryan Pressly has been closing for the Astros, and while he’s 10 of 13 in save opportunities, he’s also got three losses, most recently Wednesday in Texas while working on back to back days.

Two starts ago Zac Gallen went into the 6th inning in San Francisco carrying a 1.64 ERA. But a 4 run 6th, followed by 7 run outing against the Mariners, (including 4 in the first before recording an out) have zoomed his ERA to 3.15 Some of this was inevitable regression, as his LOB% was the highest in baseball. But he’ll need to get his command back, especially on the changeup to resume his excellent season.

Through his first 5 starts this year Zack Greinke had a 1.84 ERA, but just a 1-0 record due to poor run support. He’s been hit a lot harder over his last 5 games. In 28 IP he’s posted a 5.79 ERA and allowed 5 homers amongst his 31 hits. But he’s been facing some good lineups, including the A’s twice, the Dodgers in LA, and the Padres in San Diego. Zack has been doing Zack things this year, mixing everything but the kitchen sink into his repertoire. That’s included a 45 MPH curveball among other things. He’s had to do that, as he’s seen his 4 seam velocity suddenly drop from 90 to 87. But his 5 pitch mix and pinpoint command on every pitch means he’s tough to face no matter what.

Luke Weaver has continued to make strides and improvements since his horrific start to the season. He pitched well in a loss to Seattle last time out, going 5 IP, and allowing 2 runs on 4 hits, 3 walks and no homers. The hits and homers are key for Luke, as he’s been too hittable much of the year. But if he can avoid the long ball again he’ll have a good chance.

Cristian Javier is a 23 year old rookie from the D.R., enjoying a lot of success so far. His FB clocks in at 92, and his slider at 78. But the spin rate on the slider is over 2600 and he gets a ton of horizontal movement. He also gets a lot of swing and miss and k’s with that pitch and so far hitters are just 5 for 51, .098 against the slider. He’ll throw a very occasional Changeup or Curve. But the slider is the star of the show here. His FIP is much higher than his ERA, due in large part to his home run rate. He’s given up 9 HR in his 45 innings, 6 off his four seam and 2 off his changeup. The “game plan” here HAS to be layoff the slider completely, just don’t swing, and make him come back in the zone with the fastball and try to do some damage. Easier said than done.

Madison Bumgarner’s season from hell continues this Sunday. There isn’t much that can be said at this point. The team is still clinging to the fact his velocity was ok in Spring and it only dropped after the restart in summer camp. Whatever the reason, with just a three pitch mix of Four Seam, (87-89), Cutter (82-84) and Curveball, he’s just not able to get through lineups more than one time without getting hurt. He has to be pinpoint perfect with his command as even the slightest miss is getting absolutely crushed. He understandably sounded very down after his last outing, and he’s not making excuses. You have to root for him to turn it around. But most likely he’s going to have to figure out how to reinvent himself during the off season.

Jose Urquidy is making just his 4th start of the season. Last season he was called up and threw 40+ effective innings and was instrumental out of the pen in the Astros post season run. But he contracted Covid-19 at the beginning of this season and spent 40 days in isolation in an apartment. Back now, he’s throwing 93-95 fastballs and his devastating changeup. All stretched out , in his last start he went 7 innings on 90 pitches, allowing just 1 run on 3 hits with a walk and 7 K’s , getting the win against Texas.

If you’re curious to see what local media has been saying about the Astros Lately: