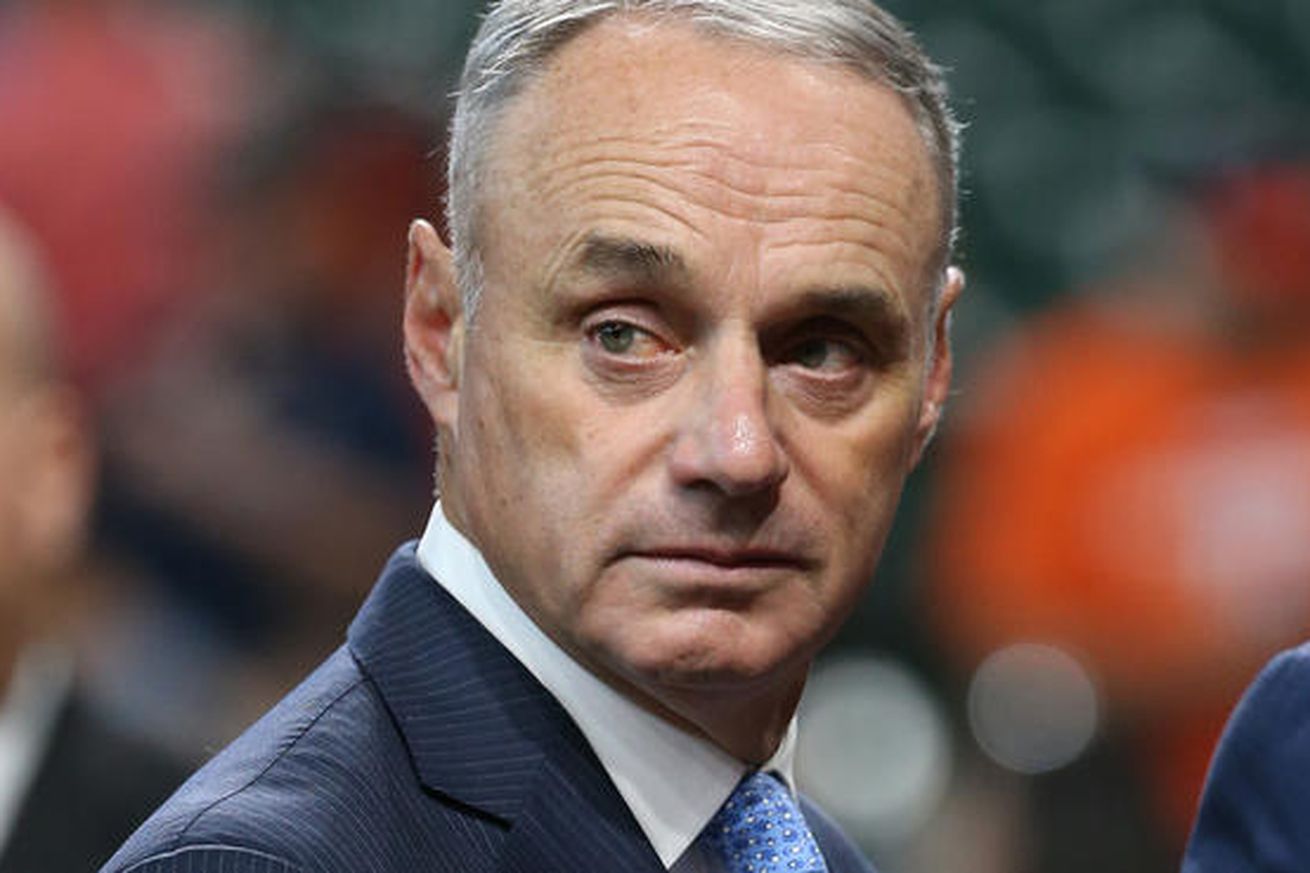 A new wrinkle has developed in the saga of baseball returning to the field in 2020.

At the beginning of the week, the negotiations between MLB ownership and the MLBPA entered a new chapter. On Sunday afternoon, the MLBPA submitted their counter-proposal to ownership’s 82-game plan. This plan included far more games (114), substantially more testing, and also insisted on the contentious point of a full pro-rated salary. This plan would have seen the season be played six days every week with double-headers on Saturdays. The playoffs would then have extended into November, wrapping up around Thanksgiving. That was on the final day of May, only 34 ticks of the calendar before reaching the stated goal of returning to play by Independence Day.

As expected, this plan was quickly shot down by ownership. Some, including Arizona’s very own Ken Kendrick, called the players’ proposal of a 114-game season a “non-starter”. Kendrick also went a bit further though, elaborating on the point and touching on a newly exposed wrinkle in the negotiating process.

It has come to light, from numerous sources now, that the March agreement which ownership and the MLBPA hammered out to address the COVID-19 pandemic includes a return-to-work/no-strike clause, in which the Commissioner is granted sweeping authority to unilaterally restart the season at whatever number of games ownership agrees to and to do so on whatever date he sees fit, assuming that local municipality guidelines are being met. That is a very big deal.

Whereas many pundits, this one included, were pessimistic about the potential of there being MLB games in 2020, we now see one of the main reasons why various team representatives have been so adamant and confident that there would indeed be games this summer. The Commissioner, and by extension, the owners he works for, hold the ultimate trump card. Not only can a return to work be mandated, but a player strike in response would be in violation of the agreement.

That new information raises the all-important question: why doesn’t Rob Manfred just put an end to all of this and declare a season, complete with start date and schedule already? There are probably many reasons, but it seems to come down to three main points.

This seems fairly straightforward to understand. Without fans, there might as well not even be a league – certainly not one with teams valued at multiple billions of dollars.

2. That same agreement which gives Manfred the authority to force the players back to work, gives the MLBPA leverage regarding revenue. In short, any alteration of the playoff format requires approval by the MLBPA.

This is sort of a big deal. Ownership is looking forward to making one-time tweaks to the playoff format in order to dramatically increase television revenue in a lost season. This cannot happen without the blessing of the MLBPA. If the players are forced back to work against their will, there is almost no reason for them to then also agree to play extra games, just to help bail out the owners from their financial messes. If, however, this becomes too big a sticking point, ownership could always take the “something is better than nothing” approach and restart the season and simply go with the regular postseason format.

3. Doing so could cause irreparable harm to the game for years, even decades to come.

While we would all like to see MLB games played this summer. Is a shortened 2020 season, filled with concerns about health and safety and played without fans really worth possibly losing baseball in the following years? The current CBA ends at the end of the 2021 season. Negotiations for the new agreement will officially begin sometime in mid-to-late 2021. Unofficially, those negotiations have already begun.

Tensions between the two sides are nearing a point of toxicity not seen in 25 years. As ESPN baseball columnist, Jeff Passan puts it:

“The problem here is more that there’s a complete lack of trust between the sides on what the actual numbers are. The owners are sticking to this financial model that they have and that they say and the players just simply don’t believe it. And it’s that lack of trust that has been fostered through generations, and continues to be the case now, that is hindering any sort of agreement from coming into play.”

Mistrust is at the heart of all this. Four years ago, Tony Clark negotiated exactly what the players asked for in the current CBA. What he didn’t do is negotiate for what the players actually needed. This disconnect between wants and needs has resulted in ownership pushing around players in a way not seen since the days of Andy Messersmith and Dave McNally. Additionally, although baseball has seen record growth over the past few seasons, the average player salary as a percentage of that has decreased. Sure, players like Mike Trout, Gerrit Cole, and Bryce Harper have all gotten obscene contracts, the sort to rival or exceed the once legendary deal given to Alex Rodriguez. However, the players coming out of arbitration, the second and third tier players, their salaries have decreased. The combination of a changing business plan and the advent of analytics-driven baseball has created a landscape in which players are either superstars, or they play their best seasons making sub-market salaries. Then, once they are free to negotiate better salaries, they find their “best years” are behind them, so they are left unable to negotiate better deals.

Ownership has exacerbated the issue by blatantly engaging in the process of player service-time manipulation. Most famously, this was done in the case of Chicago third baseman, Kris Bryant. Though arbitrator, Mark Irvings ultimately sided with the Chicago Cubs in a grievance filed by Bryant and the MLBPA against the team, this had a great deal to do with the shoddy language in the CBA, making it all but impossible to prove service-time manipulation without the club coming out and specifically stating that such was the intent. That the Cubs simply stated that Bryant was opening the 2015 season in AAA to work on his game was enough to protect them from being labeled manipulators. It only took precisely the 12 days necessary to prevent a full season of service time for the Cubs to call Bryant up to play.

Shenanigans like that, along with owners being decidedly opaque about team finances have left players with little reason to trust ownership. Player super-agent, Scott Boras has not helped, likely making matters even worse. As this work stoppage continues to stretch on, Boras has taken it upon himself to issue ultimatums and to belittle ownership, presumably on “behalf of the players”. This has started to come to a head, with Cubs owner, Tom Ricketts coming out and attacking Boras and also publicly moving the goalposts when it comes to how much money his team and MLB actually makes. He finished things off by making it very clear that his finances were none of Boras’ business. While that part may be true, it is very much the business of the MLBPA how much money baseball is bringing in. Scott Boras is taking the heat and putting his two bit in in places where some players, including Trevor Bauer, which he wouldn’t. But he is taking up the arguments of the MLBPA.

If Manfred drops the hammer and forces the players back to work against their will, in a format that the players are uncomfortable with, all while also the risking health and safety of everyone involved, how does baseball move forward? How does it avoid a work stoppage that would make the one of 1994 seem like child’s play?

That’s the real risk Manfred stares at as he is forced to decide if he should restart the season. A unilateral decision like that could just be the straw that broke the camel’s back, galvanizing the MLBPA in a way that hasn’t been seen since the early days of Donald Fehr. Is playing a modified 2020 season truly worth blowing up the game for the nest five, ten, fifteen years?