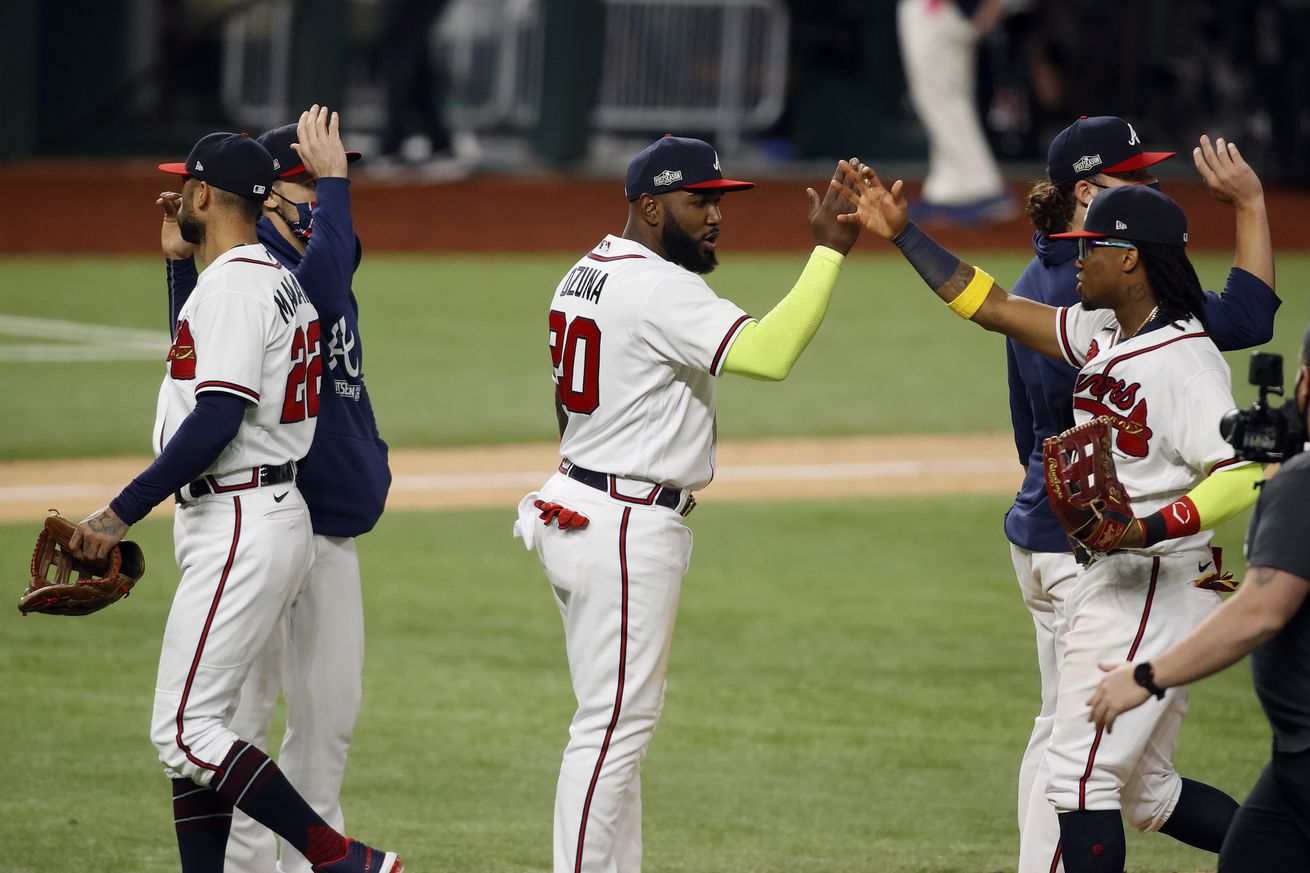 The Rays are the 39th team in MLB history to run up a 3-0 lead in a best-of-seven series. Thirty-seven of the first 38 managed to issue the coup de grace before losing four straight; up until Correa’s home run, it was borderline-inconceivable that the Rays would fail to join that overwhelming majority. Now, the Astros are mere 4-to-1 underdogs. At those odds, they’re very much alive.

(Tampa Bay Times) It didn’t end well, but Rays made their pitches

Step right up if you would have predicted the Rays would be playing in Game 5 of the ALCS and the pitchers who got them through the first seven innings in a close game would have been John Curtiss, Josh Fleming and Aaron Slegers.

Uh oh. Clayton Kershaw made a playoff start for the Dodgers in a game that wasn’t technically a “must-win” affair, but Thursday’s NLCS Game 4 was one they really needed to get. They didn’t. The Dodgers lost to the Braves and now face a 3-1 deficit in the best-of-seven NLCS.

(Atlanta Journal-Constitution) A night to howl: Bryse Wilson puts the Braves on the brink

The Braves won 10-2, scoring six times in the sixth inning to turn a white-knuckle contest into a knee-slapper. This rollicking victory brought the Braves within a game of the World Series, which last they graced in 1999, 22 months after Bryse Wilson was born.

“As such, we’ve spent the past couple of weeks asking league insiders who they thought should (and would) garner consideration for GM openings both this winter and heading forward. Our one rule for inclusion was this: the individual in question could not have already been a GM in order to qualify for the list — hence no Dave Dombrowski, no Jeff Luhnow and no Josh Byrnes.”

Two Diamondbacks make the list, and one makes it on as an honorable mention.