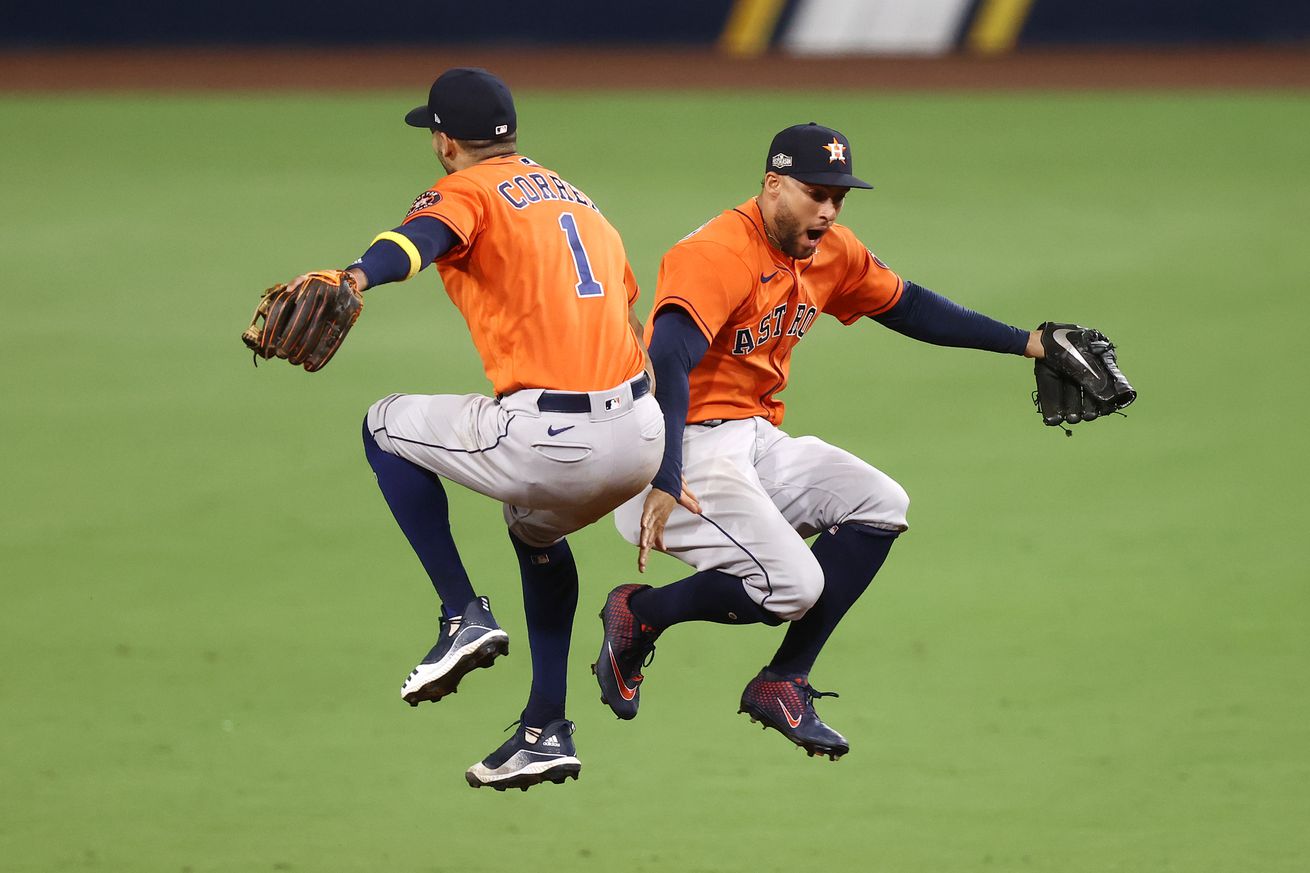 Down 3-0 in the ALCS, the Houston Astros have now forced a Game 7.

The Dodgers mounted yet another come from behind win, staving off elimination for at least one more game.

The Dodgers’ variety got the better of the Braves’ version by taking him deep for a two-out, two-run home run in the sixth inning.

Kevin Cash pulled his former Cy Young winner in the fifth inning after Snell surrendered a single to Aledmys Diaz which put the tying run in scoring position with no outs. In the other dugout, Diego Castillo, who had been brilliant so far in the playoffs, slipped up. The Astros pounced on the Rays, forcing an unlikely Game 7 situation.

15 Stats and Facts from ALCS Game 6

On Tuesday, the Astros became the 39th team in postseason history to fall behind, 3-0, in a best-of-seven series. On Friday, they overcame the odds being stacked against them and tied the series at 3-3. Here are some impressive and curious facts and stats regarding how they wound up on the doorstep of the World Serries and only the second comeback from 3-0 in a seven-game series in MLB history.

Former teammates, Lance McCullers Jr. and Charlie Morton will face off for the Astros and Rays respectively when the teams take the field for Game 7 of the ALCS tonight in Los Angeles.

The former Communications Director for the Angels has been indicted by a grand jury in the OD death of pitcher, Tyler Skaggs. According to the indictment, Kay, who told federal agents he provided drugs to Skaggs, is charged with distributing a controlled substance that resulted in Skaggs’ death and for possessing with the intent to distribute the opioid fentanyl.