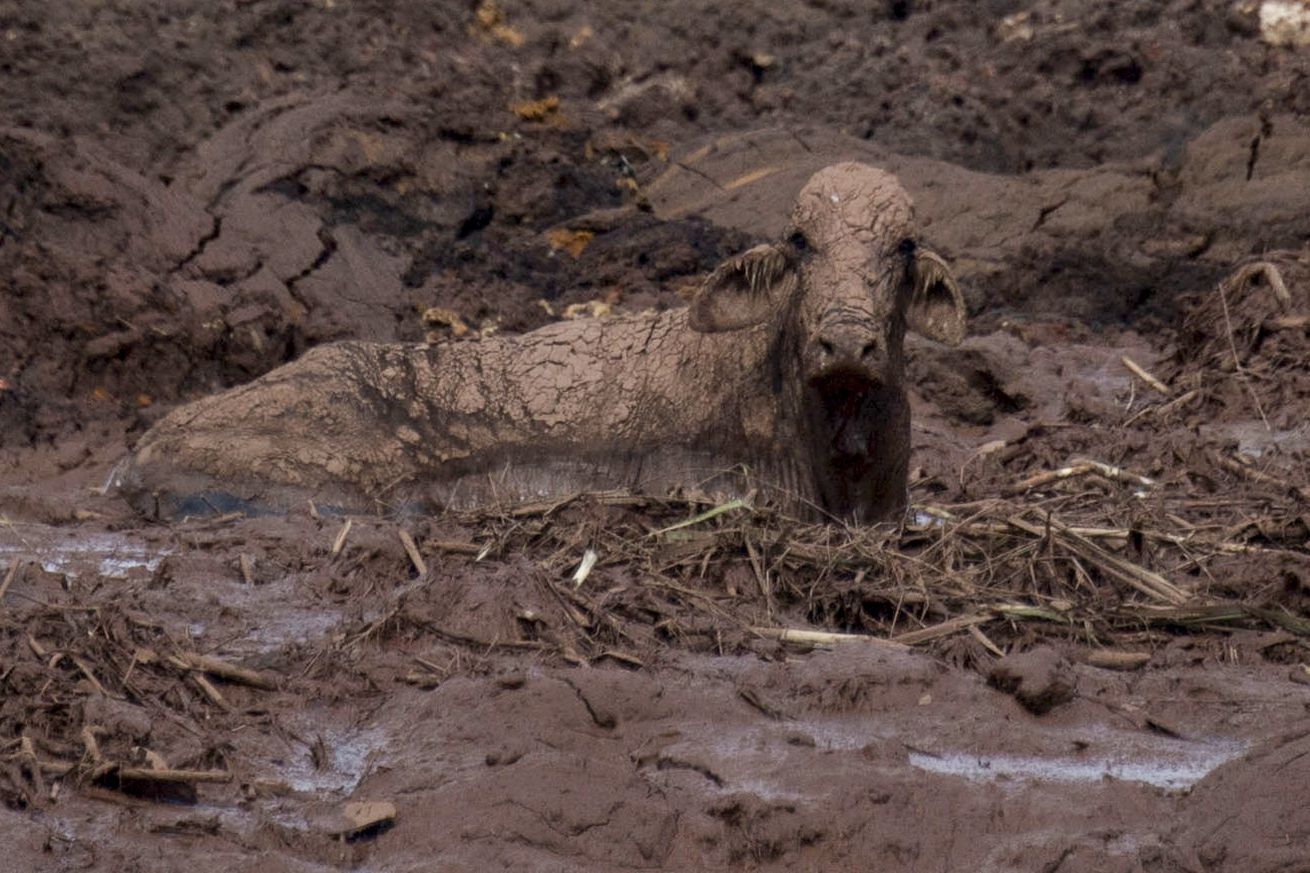 I might as well just cut and paste the bit from my last Snake Bytes, about the lack of progress,,,

[Arizona Sports] With another pitcher-heavy draft, Diamondbacks looking for starter depth – The Arizona Diamondbacks’ draft was once again pitcher-heavy. That was not by plan, but by selecting based on need, the organization improved its pitching depth, scouting director Deric Ladnier said on a conference call Thursday. After drafting five pitchers in the first six rounds of the 2019 MLB Draft, Arizona took pitchers with four of the five total picks in the 2020 draft. “We were just basically going down our board and trying to take the best player available. If it happened to be a pitcher, it was,” Ladnier said. “I just think we added even more depth to what we did last year, which I think puts us in a really good position.”

[Courier-Journal] Arizona Diamondbacks MLB draft: Meet fifth-round pick Brandon Pfaadt – “The stuff plays,” Bellarmine coach Larry Owens said. “…While his command isn’t as good as it’s going to need to be to pitch in the big leagues, that’s what player development is for. … As his command improves, he’ll get more opportunities.” Pfaadt throws three pitches, led by a fastball that averages 93-94 mph, and the Diamondbacks clocked it as fast as 96 mph, according to Arizona scouting director Deric Ladnier. Owens describes Pfaadt’s slider as “average to slightly above average” but thinks his changeup, which he threw little in college, might actually have the potential to develop into his best pitch.

[The Athletic] With no minors, what happens with the prospects? Mike Hazen on Arizona’s options – With your larger crop of minor leaguers, how concerned are you about stunted development? “There’s going to be some concern with missed development time, certainly. Everyone’s missing games. The big leaguers — we’ve got young major leaguers who are developing within the game. Everyone’s missing it. The minor leaguers are missing some of their development time. It’s been unfortunate. The public health situation just hasn’t allowed it. We’re going to have to deal with that. We’re going to have to make up for it in other ways, and we will. The game’s going to come back from this, and the players are going to come back from this. We’re going to figure it out. We always do.”

[SI] Arizona Diamondbacks sign Danny Oriente to Free Agent Deal – After going undrafted in the 2020 Major League Baseball First-Year Player Draft, University of Louisville senior outfielder Danny Oriente has signed a deal with the Arizona Diamondbacks, according to the program’s official Twitter page. All draft eligible players who go undrafted would be eligible to sign with organizations for a maximum of $20,000. Oriente is the first Louisville player to go this route. Over the course of his collegiate career, the Downers Grove, IL native has a .324 batting average in 137 games played and 124 starts. He has three home runs, 106 RBI and 30 doubles over 429 at-bats, with 42 walks to boot.

[WPTA21.com] Saalfrank works during his forced offseason from baseball – The former Heritage star pitcher was taken in the sixth round of the 2019 Major League Baseball Draft by the Arizona Diamondbacks, and pitched briefly at the rookie ball level in 2019 with some success. 2020 should have found Saalfrank at Kane County, the Arizona affiliate in the Midwest League, but with minor league baseball shut down by the pandemic, Saalfrank came home and found a place to keep active.

[Nashville Post] Former Sounds pitcher named head coach at Loretto – Former Nashville Sounds pitcher and MTSU alum Zac Curtis has been named the new head baseball coach at Loretto High School. Curtis was a standout pitcher for the Hendersonville Commandos in high school before attending Vol State Community College and, later, transferring to MTSU. He was selected in the sixth round of the 2014 MLB draft by the Arizona Diamondbacks. He appeared in 21 games during the 2016 season for Arizona, going 0-1 with a 6.75 ERA and 10 strikeouts over 13.1 innings before he was traded to the Seattle Mariners.

[ESPN] MLB tells teams scouting can resume, source says – Major League Baseball informed clubs on Monday that they can resume scouting activities, ending the ban that was instituted on March 19 due to the coronavirus pandemic, a source told ESPN. There is a limit of three scouts per MLB club for each event, as a way for clubs to ramp up scouting activity. Although pro baseball has not resumed, amateur baseball tournaments were playing in multiple states weeks ago, with no MLB scouts or college coaches present.

[USA Today[ MLB season talks are over with players: ‘It’s a shame’ – Major League Baseball owners have scheduled a conference call Monday to decide their next course of action in the labor dispute, a person with knowledge of the owners’ plans told USA TODAY. That person requested anonymity because of the sensitivity of the issue. But it’s quite clear after 10 weeks of futile negotiations the owners have no choice but to agree with the players union. The negotiations are over. It’s time to let MLB Commissioner Rob Manfred unilaterally implement the 2020 season, beginning in mid-July, ending on Sept. 27, and lasting 50 to 60 games.

One in a series of “films Mrs. SnakePit was stunned to discover I hadn’t ever watched and insisted I do” – see also Home Alone – this is a high-concept and big budget time-travel effort, which is every bit as slick as you’d expect. Marty McFly (Fox) ends up going back in time 30 years, courtesy of a time-machine invented by his friend, Doc Brown (Lloyd). There, he interrupts the getting together of his then-teenage mom (Thompson) and dad (Glover), and has to make sure that happens, or risk erasing himself from history. But wouldn’t that then mean he couldn’t have gone back to interrupt them?

The film, probably wisely, opts not to worry its pretty little head about such temporal paradoxes, instead offering a fast romp through fifties culture, and its contrast to the then-modern era of the eighties. Though from a 2020 perspective, both look like alien territory in many ways. not least for the iconic DeLorean car/time machine. If hardly deep, the script is smart enough to throw in a bunch of stuff tying the two eras and the modified timelines together. For example, the original Twin Pines mall quietly becomes the Lone Pine mall on Marty’s return, due to his having run over one of the pines back in 1955. Or how the cinema in 1955 is playing a movie starring future President, Ronald Reagan, It’s full of this kind of detail, and works nicely.

The movie is mostly a showcase for Fox, even though McFly was played by Eric Stoltz when shooting started. It’s now hard to imagine anyone else in the role, and the thought of Stoltz simply feels wrong. [That miscasting is eclipsed in film perhaps only by Jason Robards playing Fitzcarraldo, until a fortunate case of dysentery stepped in] On the other hand, once you’ve heard John Lithgow was the first choice as Doc Brown, you’ll never be able to unsee his mannerisms in Lloyd’s performance. Fox’s breezy attitude also seems a template for Matthew Broderick five years later in Ferris Bueller, not least when McFly hijacks a performance for his own rendition of rock classic Johnny B. Goode.

The concept of a mother having a crush on her own son is, let’s be honest, more than a bit creepy, even if it’s entirely innocent in terms of the character, and is handled lightly enough to get away with it. There’s also the now-jarring element of Middle Eastern terrorists stealing plutonium and gunning down Doc Brown in a parking lot. History has not been too kind to what was probably seen as a ludicrous conceit at the time, played mostly for laughs. However, this cares not a jot, and is simply content to tell a high-school love story and showcase a really cool car. In contrast, a current science-fiction film going back in time to the year 1955 would probably end up becoming a dour lesson in civil rights – see Doctor Who‘s “Rosa” episode for a case in point. Future is all the more enjoyable for lacking any such weighty concerns.