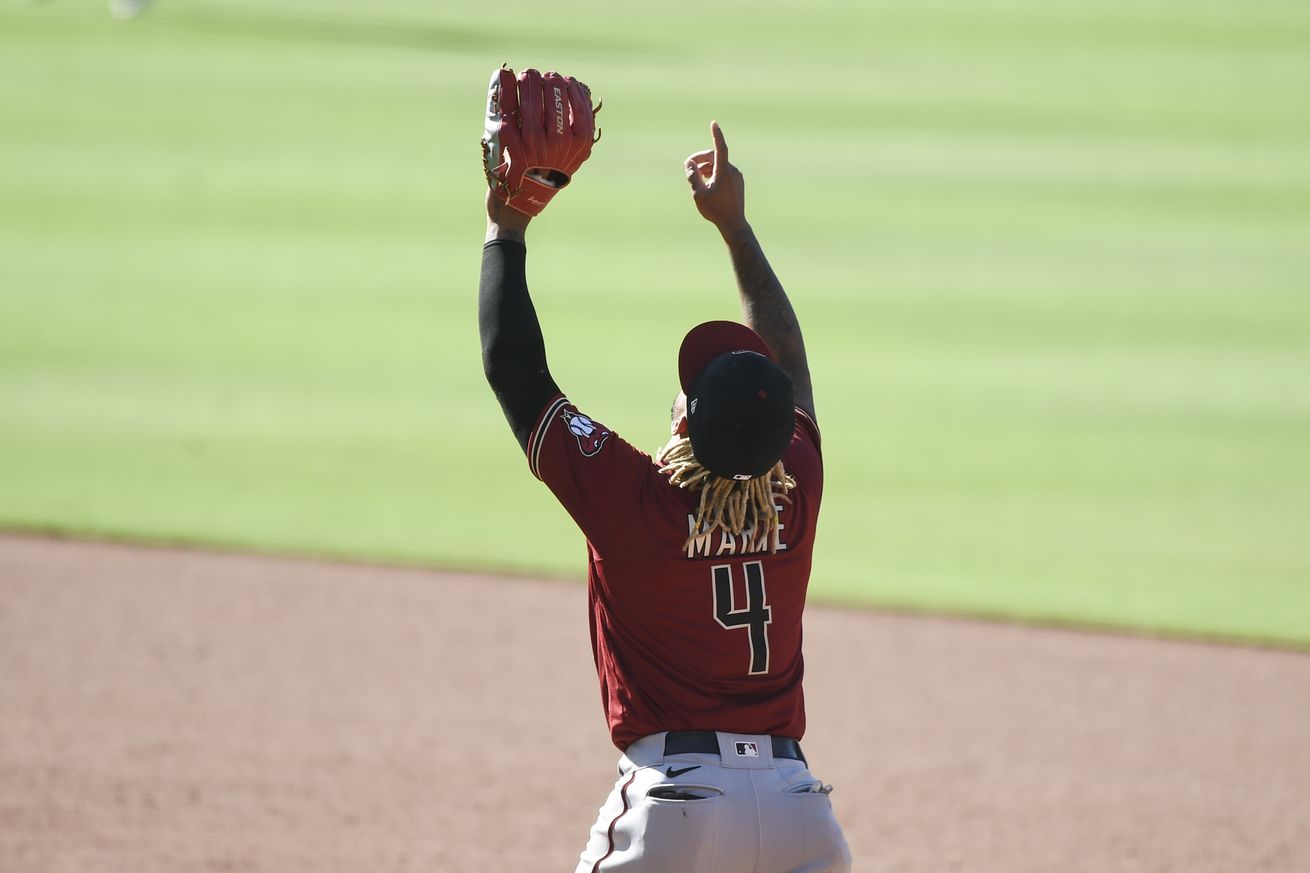 To the apparent surprise of some…

A rare Monday day-game not associated with a holiday for the Diamondbacks this afternoon. So, figured I should get an early start on Snake Bytes, with what looks to be a packed program on your SnakePit. Hence, I’m writing this late Sunday. You don’t think I’m actually UP at 7 in the morning, do you? Silly readers…

[AZ Central] Diamondbacks find fire, rally past Padres for first win of 2020 – It was hard to call the third game of the year a must-win for the Diamondbacks. That doesn’t mean they wanted to experience the alternative. “It was definitely important to win that first one and not start 0-3,” closer Archie Bradley said after the Diamondbacks eked out a 4-3 win over the San Diego Padres at Petco Park. “Then you (would) go into a day game (on Monday), you have to focus on not getting swept and it’s just kind of bad thoughts going into the fourth game of the year.” Instead, the Diamondbacks will head into Monday afternoon’s finale in San Diego thinking about a series split after winning a tense, back-and-forth affair in which the two teams combined to score six runs in the final two innings.

[Arizona Sports] Diamondbacks mount late-game comeback to get first win of season – Arizona managed to continue its offensive production in the ninth that had not been there for the first 25 innings of the season. Left fielder David Peralta said that the team was more patient in those final couple innings and had worked out some of the funk that comes with the first at-bats of the season. “You always want to get the first hit, and you want to do the job and sometimes you put pressure a little bit on yourself, but as soon as you get the first hit, you go, ‘OK, there we go,’” he said. “It’s normal, and we just have to control ourselves and control what we can do.”

[dbacks.com] D-backs get to Yates for first win of season – Standing on the mound, Bradley knew that he stood between the D-backs possibly falling to 0-3 or getting their first win. “First one, thrown right in the fire,” he said. “You know, put myself in some trouble. You got to lock in. I mean [Myers] is a power hitter and I was just trying to not let him get extended, trying to work them in and just not let them get that bat extended to put a barrel on it.” Bradley got Myers to hit a jam-shot grounder back to him to end the game, and he and his teammates were able to breathe a sigh of relief. “Today was a big win for us,” Peralta said. “We’re happy for that. We’re just going to keep going.”

[The Athletic] Avoiding 0-3: The Diamondbacks beat the Padres and shake that bad feeling – Landing in the win column was encouraging, but the most welcome development for the Diamondbacks was the resuscitation of an offense that figured to be better than last season’s surprisingly potent group. Until the eighth inning Sunday, Arizona’s hitters looked shifty and uncomfortable at the plate. They took defensive swings and found themselves in early holes. They fell behind in the count 0-1 in 53 of 92 plate appearances in that span and fell behind 0-2 in nearly 37 percent of them. Through the first seven innings Sunday, Diamondbacks hitters took the first pitch for a called strike 11 of 26 trips to the plate.

[ESPN] Shohei Ohtani fails to record an out in return to mound for Los Angeles Angels – The Los Angeles Angels’ two-way sensation didn’t record a single out in his 2020 pitching debut Sunday. Instead, he walked three batters, gave up three singles and was charged with five earned runs in a road start against the Oakland Athletics, raising concerns about his readiness as a starting pitcher. “He just didn’t throw the ball very well,” Angels manager Joe Maddon said after an eventual 6-4 loss at Oakland Coliseum. “I can’t sit here and make excuses for him. I’m not gonna do that. It just wasn’t his day. The fastball wasn’t coming out, there was no deception in his pitches, and hitters will tell you that.”

[SI] Justin Verlander: Astros ace out with right forearm injury – Following Houston’s 7-6 loss to the Mariners on Sunday, Baker said Verlander would be shut down for a couple of weeks before being re-evaluated, according to Bob Nightengale of USA Today, though in an truncated season, a few weeks plus whatever time it takes for him get back in pitching shape could span the remainder of the year. Verlander later refuted the report that he’d miss the rest of the season, reiterating Baker’s characterization of the injury as a forearm strain.

[MLB.com] Dodgers dealt split after opening blowouts – “If the opening series is any indication, a year that has already been pretty tough won’t get easier for the Dodgers. With a 3-1 loss to the Giants on Sunday night, the seven-time division winners finished with a split of the four-game series against rivals undergoing a massive rebuilding with low expectations.” Oh, NOOOOO… The Dodgers lost consecutive games, and to the GIANTS! Cancel the season! God, this is going to be just like watching 2004, isn’t it? [I think I just found my new sig…]

I was going to include for this week’s film review, my commentary on renowned bad movie The Room. But that ended up running just a tad long. Er, at almost fifteen hundred words. But if you’re interested, here’s the link. Get a cup of coffee. And a spoon. 🙂