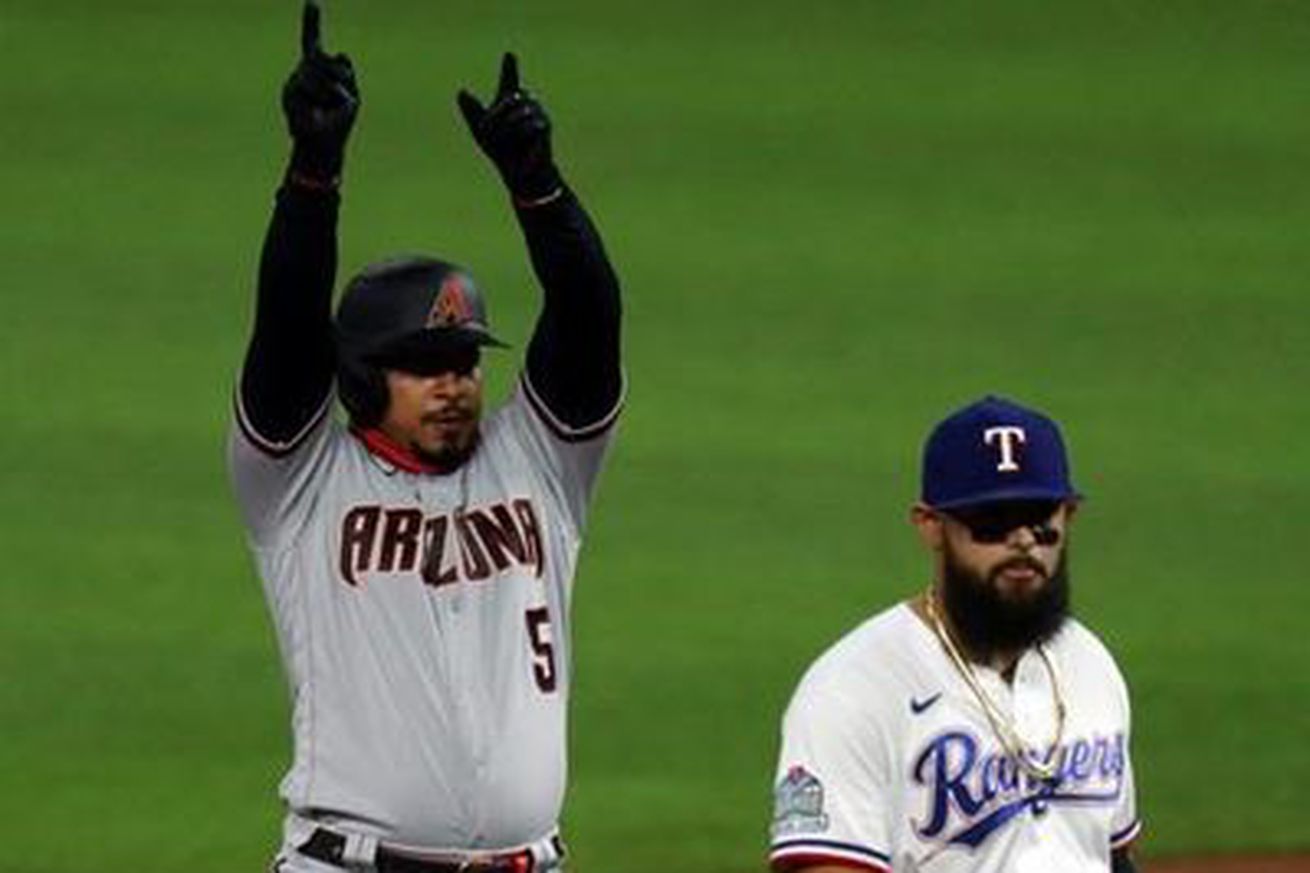 The Diamondbacks recorded their first comfortable win of the season on Tuesday night in Arlington.

We saw it more than once last year. It was nice to see it again this year. When Merrill Kelly is on his game, he can make it a long day for the opposition’s lineup. This held especially true on Tuesday. The right-hander threw a no-hitter through the first six innings after being gifted with a three-run opening inning by Arizona’s offense. For the night, Kelly threw 104 pitches and went 7 2⁄3 innings, allowing only one run.

After the way the first four starts of the season went for Arizona, one of the biggest stats to stand out in Merrill Kelly’s dominant start was that he issued only one free pass in over seven innings of work.

Major League Baseball announced Tuesday that all games on the Miami Marlins’ schedule have been postponed through Sunday (BAL @ MIA tonight, MIA @ BAL Wednesday and Thursday, and WSH @ MIA Friday through Sunday). Given the current circumstances, MLB believes that it is most prudent to allow the Marlins time to focus on providing care for their players and planning their baseball operations for a resumption early next week.

Joe Kelly went head hunting while on the mound for the Dodgers on Tuesday night. It ended about the way one would expect. Thankfully, no one was seriously injured.

Tuesday was just not the Rangers’ day. Not only did Merrill Kelly beat them up and steal their milk money, but they learned that their biggest offseason acquisition, Corey Kluber, is likely done for the season after throwing only one inning in 2020.

Taking the field this season, Mike Trout has checked off the final box that makes him Hall of Fame eligible among living players. This marks the tenth championship season in which Trout is playing Major League ball.

There was plenty to take away from the surreal return of baseball.