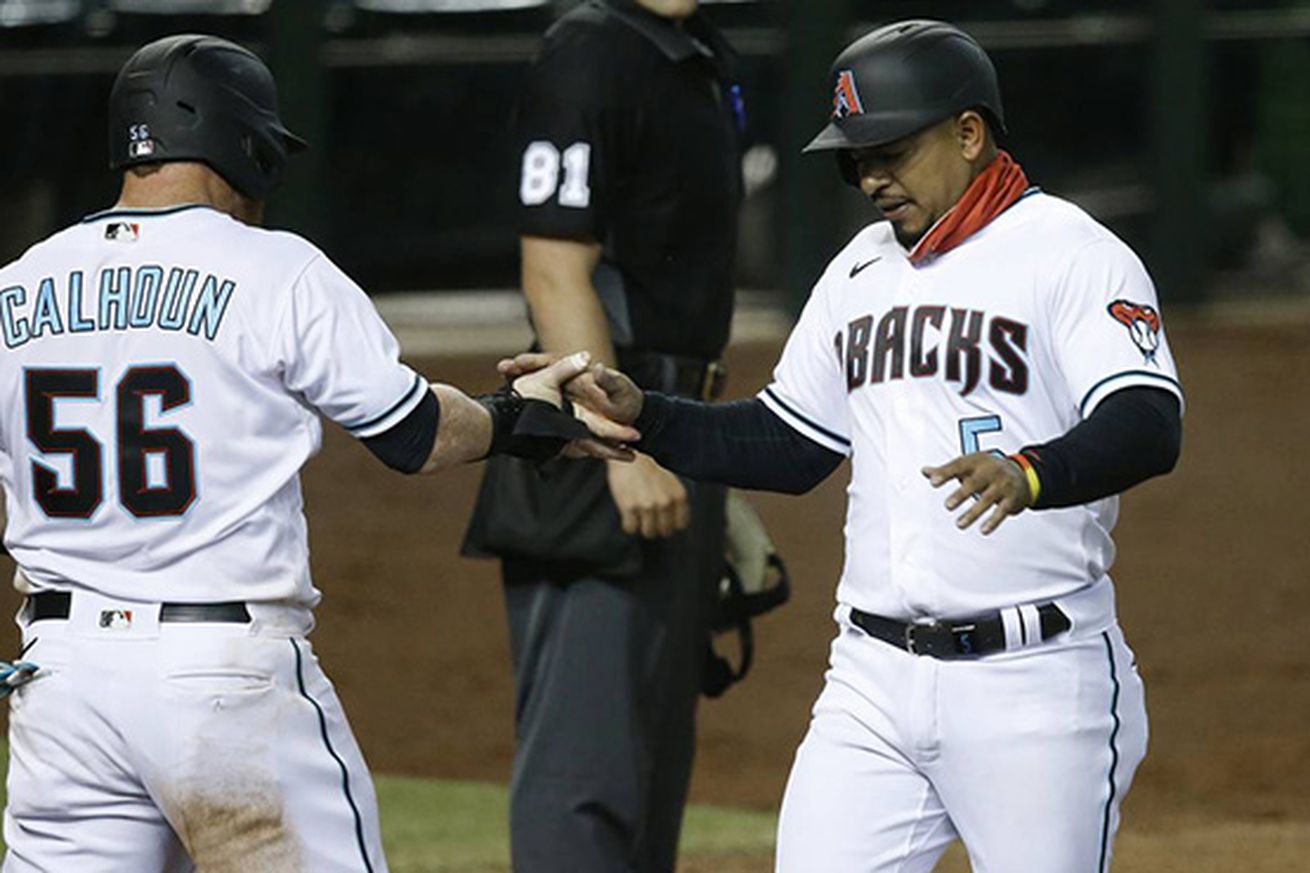 Zac Gallen pitched better and the offense finally came through in the clutch.

Entering the eighth inning, this one looked well on its way to being another tough loss for Arizona. Then Christian Walker broke the Dodgers’ shiny new Blake Treinen toy. Down two with the bases loaded, Walker sliced a base-clearing double into right center before coming home on a follow-up single by David Peralta, giving the Snakes an insurance run.

Zac Gallen was much better this time around. The young right-hander struck out nine through six innings of work and held the potent Dodgers lineup to only two runs. Meanwhile, Walker had a strong night as the DH, coming through with late-inning heroics against the Dodgers’ set-up man.

Starting today, double-headers will now be played as back-to-back seven inning games instead of nine. The change is phrased in such a way that it is supposedly about player safety, but it is more realistically about finding a way to cram in as many make-up games as they can into an already overburdened schedule that features in excess of 20 games that have been canceled or postponed.

The COVID-19 outbreak is no longer confined to just the Miami Marlins who were found by MLB execs to have been derelict in following safety guidelines. Now, the St. Louis Cardinals find themselves scrambling as at least five players have tested positive in the latest batch of results. The Cardinals are now quarantined in Milwaukee and are awaiting a new round of tests before resuming play. It seems likely they will see about a week’s worth of games lost to the delay, much like Miami did while they awaited word on further tests.

The Marlins have at least 20 confirmed cases of COVID-19 between their 30-man roster and coaches. The Phillies have multiple players and at least one clubhouse attendant that have tested positive, coming off their series against the Marline. Now, the St. Louis Cardinals have at least five players who have tested positive. In an effort to not scrap the season, MLB has postponed a large slate of games in the already condensed season. However, there are only so many extra MLB-caliber players out there to be plugged into roster vacancies. The Marlins still do not have enough warm bodies to fill a team. The Cardinals would need to max out their ability to shuffle players in order to field one as well. The bar to pull the plug on the season was set at the competitive integrity of the game being at stake. It is hard to imagine that the bar has not already been cleared.

Manfred to Clark: Season at Risk

In yet another bad faith/form move, Rob Manfred has notified the players through Tony Clark and the MLBPA that they had best start behaving themselves or else he is going to be forced to cancel the season. MLB has positioned itself to make sure that the lion’s share, if not the entirety, of the blame for a canceled season falls on the players should it come to having to cancel the 2020 season entirely.