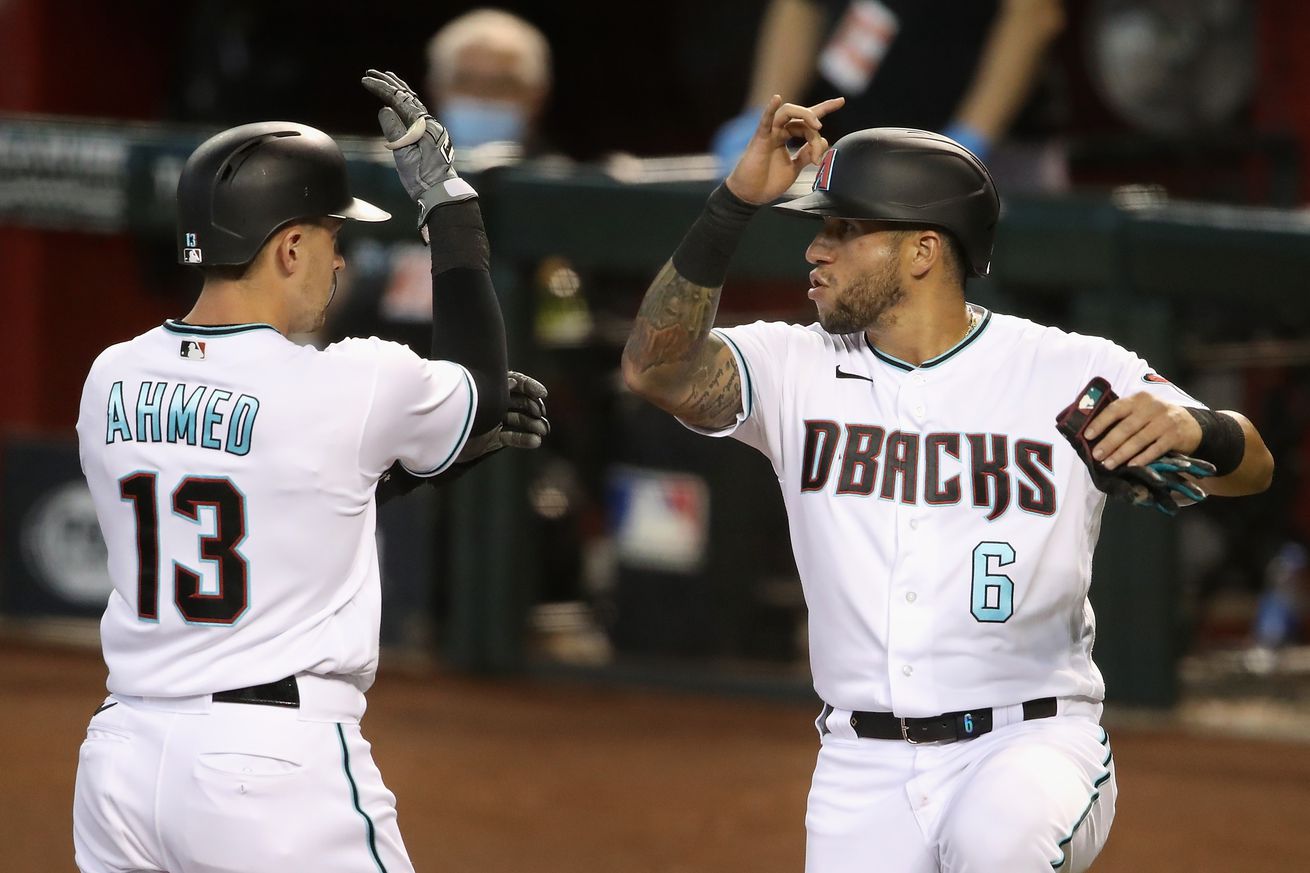 A complete team effort on Tuesday paved the way for a big win against a good pitcher.

Luke Weaver had has best outing since before his injury in the opening weeks of last season. Kole Calhoun hit yet another bomb. Nick Ahmed plated five. The bullpen performances of Taylor Widener and Yoan López combined for four shutout innings of one-hit baseball. The combined effort led to an easy win for the Diamondbacks.

Early in the season, the Diamondbacks could not buy a run. Latedly, the Diamondbacks have been scoring plenty, but only late in games. Tuesday against Oakland starter, Frankie Montas, the Diamondbacks scored both early and often. Arizona scored five runs and four runs in the first two innings respectively. Nick Ahmed blew the game open with a three-run home run in the bottom of the first, an inning in which the DIamondbacks batted around. In the second, Kole Calhoun blasted his team-leading seventh home run of the season to take back the one and only run Luke Weaver allowed on the day.

This is what playing downhill baseball looks like. Combining an offensive explosion with a dominant five-inning start by Luke Weaver made this more of a fun, stress-free game to watch for a change.

Kenta MAeda had a good night. Throwing more pitches than any other starter in baseball has this season, he took a no-hitter into the ninth inning. He also set a Minnesota record for eight consecutive strikeouts. Unfortunately for Maeda, after he allowed a bloop flare into center off the bat of Eric Sogard to open the ninth, that was the end of his night. The ball was then handed over to the Minnesota bullpen. Some sloppy pitching, backed by some sloppy fielding, allowed the Brewers to tie the game at three and to hang a no-decision on Maeda. The game was stuffed full of further excitement, ending when Jorge Polanco got jammed, hitting a little tapper to the right side of the overloaded infield to score the speedy Byron Buxton from third.

It’s Time to Talk About Baltimore

After obvious moves to sabotage the competitive nature of the roster, the Orioles were expected to struggle to a 15-win season. Instead, the team is 12-11 as they near the halfway point and would currently be a playoff team. Baseball is better for it.

In a somewhat strange set of related events, Nick Markakis is headed to the COVID-IL. First, Markakis opted out of the 2020 season. Then, he opted back in, only to then find out that he may have been exposed to COVID-19. As a result of the potential exposure, Markakis received an extra test. THe test returned negative but, in an abundance of caution, the Braves place Markakis on the COVID-IL to keep him quarantined from the team, just in case.

The fact that Markakis tested negative but was placed on the COVID-IL anyway, a designation with no minimum number of days that still allows the team to make a subsequent roster move, is somewhat problematic given the fact that MLB has needed to adjust IL rules already to stop it from being used for roster space manipulation.