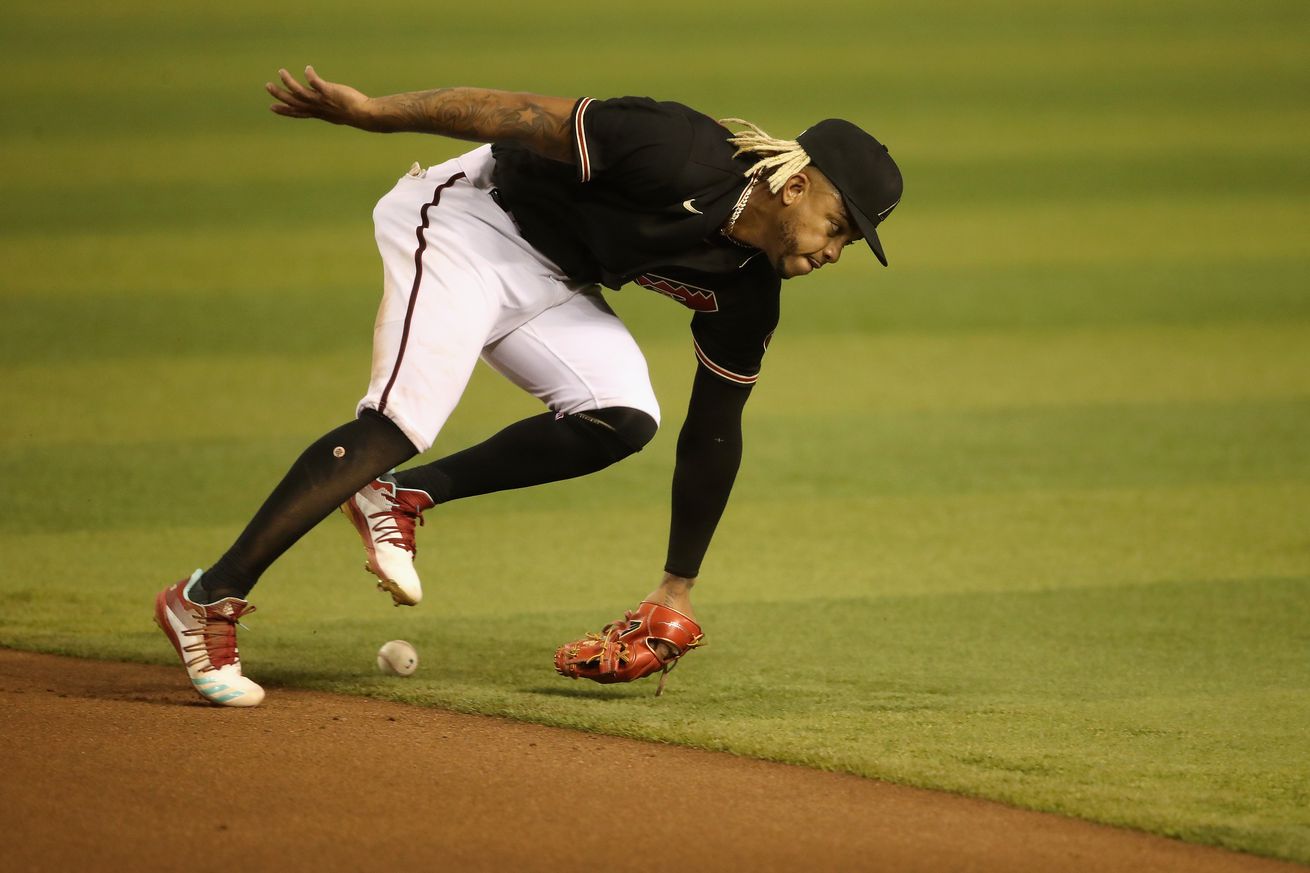 The Arizona Diamondbacks suffer another crushing defeat against the Los Angeles Dodgers.

[D’backs.com] Weaver seeks solution after ‘spiral’ vs. LA – In both his starts this year, D-backs right-hander Luke Weaver has seemingly had things in hand through the first three innings, but the fourth inning got sideways on him. On Saturday night, he allowed three runs in the fourth and was gone three batters into the fifth. The Dodgers scored five runs in the frame en route to an 11-2 win over the D-backs at Chase Field. In his first start of the year against the Padres, Weaver allowed one run over three innings but then failed to get out of what turned out to be a five-run fourth inning. “That’s a great question,” Weaver said when asked about the similarities in the two starts. “It’s obviously frustrating knowing that the game is going pretty well, things are going good, I feel in control. I felt like my dominant self. And then it just kind of starts to build and spiral. We always say to try to limit the big hit, the big inning, I can’t seem to avoid that right now, but I’m going to get back to the drawing board. I’m not going to stop until I figure it out.”

[Arizona Sports] D-backs pitchers have multi-inning implosion in loss to Dodgers – D-backs reliever Yoan Lopez allowed two more runs immediately after Weaver exited, and Taylor Clarke went two scoreless frames before a three-run homer ruined his night as well. The Dodgers hit four home runs off that trio. Arizona has not been “eliminating the extra base runner,” Lovullo said, which has led to the pitching staff allowing backbreaking innings throughout the 3-6 start to the season.

[AZ Central] Diamondbacks remain positive after thrashing from Dodgers – The Diamondbacks have not hit well. They have not pitched well. And they have not been winning baseball games. They have not done much to suggest they are a very good team. But that did not stop them from trying to speak it into existence during a session with reporters on Saturday night. “Been saying it now for a couple of days: We’re a good baseball team,” Diamondbacks manager Torey Lovullo said shortly after his team was crushed, 11-2, by the Los Angeles Dodgers at Chase Field. “I believe that. We’re going to get this thing turned around. I’m a firm believer in that.” “I believe in my team,” third baseman Eduardo Escobar said. “Everything is going to be fine.”

[Yahoo Sports] Mike and Jessica Trout announce birth of first child, named in honor of late brother – The Trout family has a new arrival. Mike and Jessica Trout announced the birth of Beckham Aaron Trout on Saturday, born seven pounds, 10 ounces and 20.75 inches… The younger Trout was named in honor of Jessica’s late brother Aaron Cox, who died at 24 two years ago. Cox had been a minor leaguer in the Angels organization, and a person whom Trout called his best friend.

[Sports Illustrated] Manfred’s Bluff to End Season Further Exposes Problems of Pandemic Baseball – For the first time since Pandemic Baseball began, it appeared Rob Manfred was finally taking seriously the perilous state of his sport. Hours after Friday’s Cardinals–Brewers game was postponed because two St. Louis players had tested positive for COVID-19, Manfred reportedly told Tony Clark, the head of the players association, that he would shut down the season if there was another surge of cases or if the players continued not to follow the league’s safety protocols. The coronavirus called his bluff. By Saturday morning, when it was reported that an additional Cardinals player and three St. Louis staffers tested positive for the coronavirus, it was clear there was a second outbreak in MLB. This one, unlike the fallout in Philadelphia, is completely separate from the Marlins crisis.

“After careful consideration and discussion with my family, I have decided to opt out of the remainder of the 2020 season. With all of the uncertainty and unknowns surrounding our game at this time, I feel that this is the best decision for me, my wife, and our three kids. The Brewers organization was very understanding and supportive of my decision, and I thank them for that. I wish all of my great teammates the best of luck this season and look forward to getting back on the field in 2021. Please stay safe.” –Lorenzo Cain