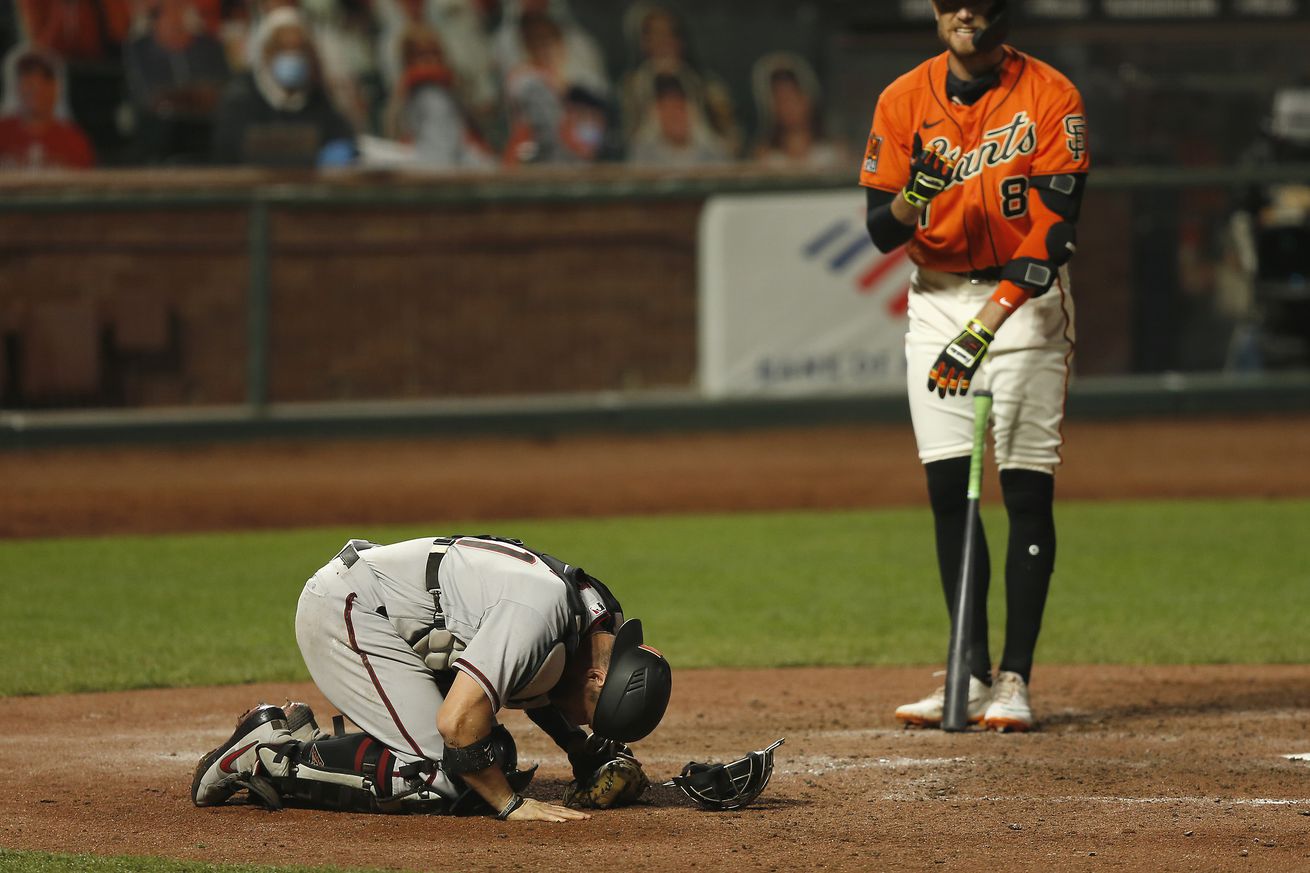 Robbie Ray had another rough outing. So did Arizona’s offense. The bullpen struggled too.

After working to climb two games over .500, the Diamondbacks now find themselves once again looking up at that mark. Robbie Ray continued to struggle. Arizona’s offense was ineffective against the Giants’ Logan Webb.

The good news is, Robbie Ray was able to make it through five full innings. The bad news is, he still allowed five free passes and two home runs.

Ray has now walked 25 batters in 27 innings. His hard-hit percentage is up. His innings are down. The tweaks to the delivery that were supposed to elevate his 2020 look to be a trainwreck. So far, 2020 has not given Ray much to feel good about.

THe Philadelphia Phillies and Boston Red Sox have completed a deal that looks to bolster Philly’s horrific bullpen while allowing them to stay under the luxury threshold.

Old friend alert. Taijuan Walker is positioning himself for a trade to a contending team.

This year’s trade deadline will be unlike any other. The answers to these five questions could hold the key to how it plays out.