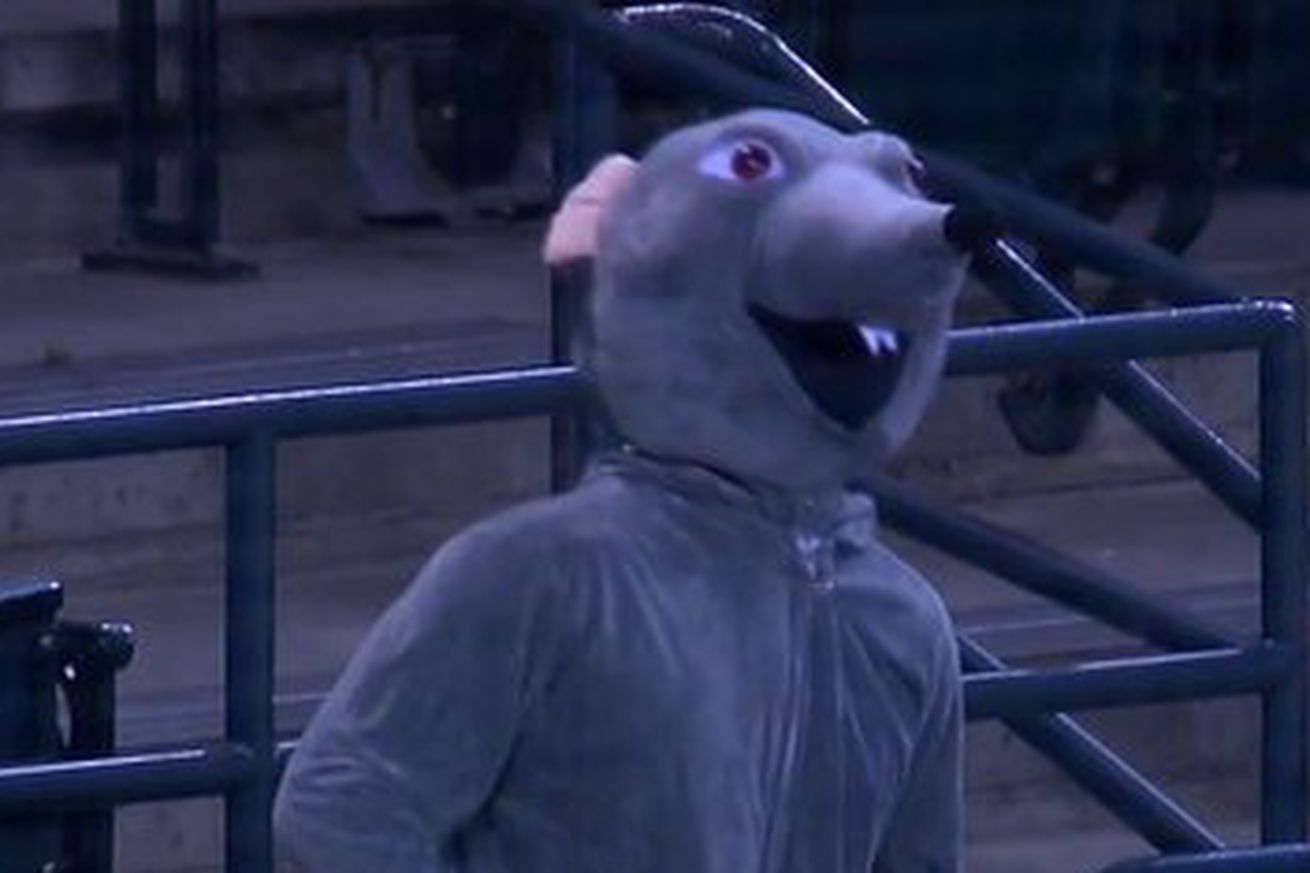 The Diamondbacks won, but at what cost?

Last night, the Diamondbacks won 5-2, and as part of their deal with the Devil to get that win, they introduced Rat Leon as a new mascot for the team. It’s weird, folks. We need to beat COVID so marketing people can take their old hobbies back up. They’re clearly getting desperate.

“No, it’s not,” Hall said when asking if Lovullo’s job was in jeopardy. “Obviously, you have to look at the whole scope of work and we’ve seen what kind of manager he is. This is not his fault and I think that the players feel terrible. They know they should be playing better, we all do, and we’re trying to find answers. Torey’s trying to find answers. He’s working hard, his staff is working hard, these players are working hard.

“I think staying behind the ball and getting my foot down earlier,” Smith said. “I would tend to drift forward, and when I would drift forward I would hit the top of the ball instead of staying back and hitting the bottom of the ball more.”

The Grammy-winning musician and entertainer told The Tennessean on Wednesday that he has joined in investment group hoping to make the Nashville Stars MLB’s next franchise.

Former Boston Red Sox president of baseball operations is also on board as an investor. Former MLB pitcher and Arizona Diamondbacks general manager Dave Stewart is on the board of directors, and Hall of Fame manager Tony La Russa is an advisor.