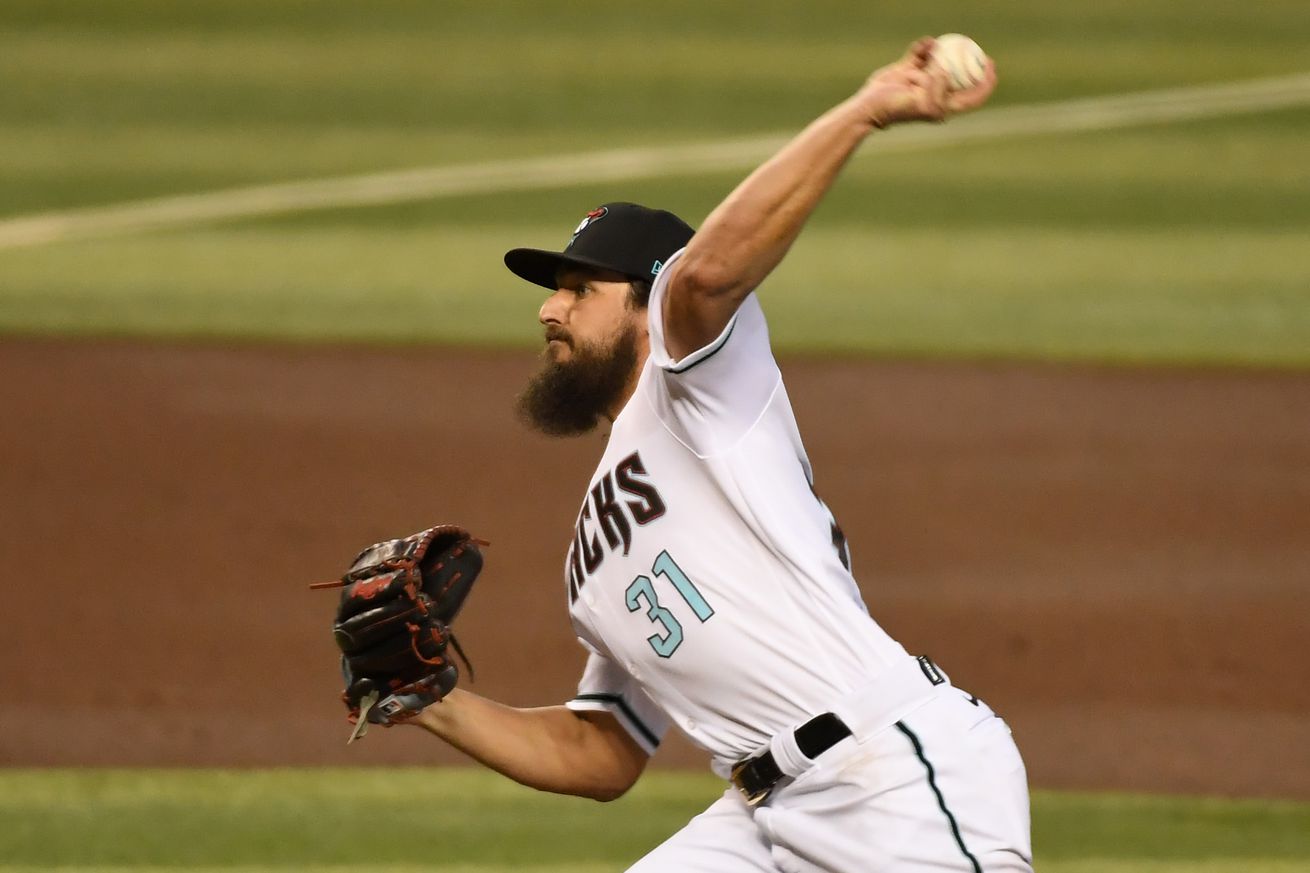 Arizona’s newest starter made his debut against the Mariners on Friday night.

Caleb Smith and Alex Young combined to allow only three runs through 8 1⁄3 innings. Arizona’s offense found enough in the tank to push four runs across. The Diamondbacks have now won a whopping two in a row.

Caleb Smith, one of the pieces sent to Arizona in the Starling Marte trade, made his Arizona debut on Friday night. The left-handed starter came into the game knowing he would be on a limited pitch count, given the amount of time he missed due to being on the COVID-IL. In his limited outing, Smith managed to hold Seattle to only one run through three innings. He was relieved by Alex Young, who threw 5 1⁄3 innings of two-run baseball to get the ball to Stefan Crichton to close out the game.

Usually, a pitcher pitching outside leads to bad things. This was a different sort of outside though. Alex Young entered Friday night’s game knowing he would be called on for long relief behind the pitch-limited Caleb Smith. Young, decided the best way to get ready would be to work through his normal warm-up routine. Unfortunately, that routine includes playing long toss. With the game being played on the field, Young had to get creative to get his long toss session in. The lefty took to the alley beside chase and played long toss with Assistant Pitching Coach, Ross Seaton.

Arizona’s offense went to work early against the Seattle Mariners, giving new starter, Caleb Smith, some breathing room to work with in his three-inning debut.

With precious little time left in the season to make up games, the Padres and Giants saw both Friday and Saturday’’s games postponed due to a positive COVID test on the San Francisco Giants.

Looking for offense, the Tampa Bay Rays looked to a first in modern baseball history, running out a lineup constructed entirely of left-handed hitters. The scheme worked, as the Rays hung 11 runs on the Red Sox.

The Atlanta Braves entered the 2020 season with the high hopes. Those hopes were based largely on their starting pitching. While the Atlanta Braves have indeed excelled in 2020, it has not been their starting rotation that has propelled them. In fact, their rotation is a mess. As bad as things have been for Arizona’s starting rotation, consider this; the Braves’ Max Fried has pitched 50 innings, put up a 2.48 FIP, a 1.98 ERA and 1.8 WAR on the season. The team’s other starters have combined for 127.2 innings (under four innings per start) with a 7.05 ERA, a 6.27 FIP, and -0.4 WAR.

Texas’ Skinny Rebuild is not Working

Much like the Arizona Diamondbacks, the Texas Rangers have been trying to rebuild their team by retaining a talented core and then adding pieces around the edges, while developing from within and then making some savvy moves to bolster what is in place. For Arizona, that plan blew up in their faces in 2020. It turns out, the plan is not working so well in Texas either.