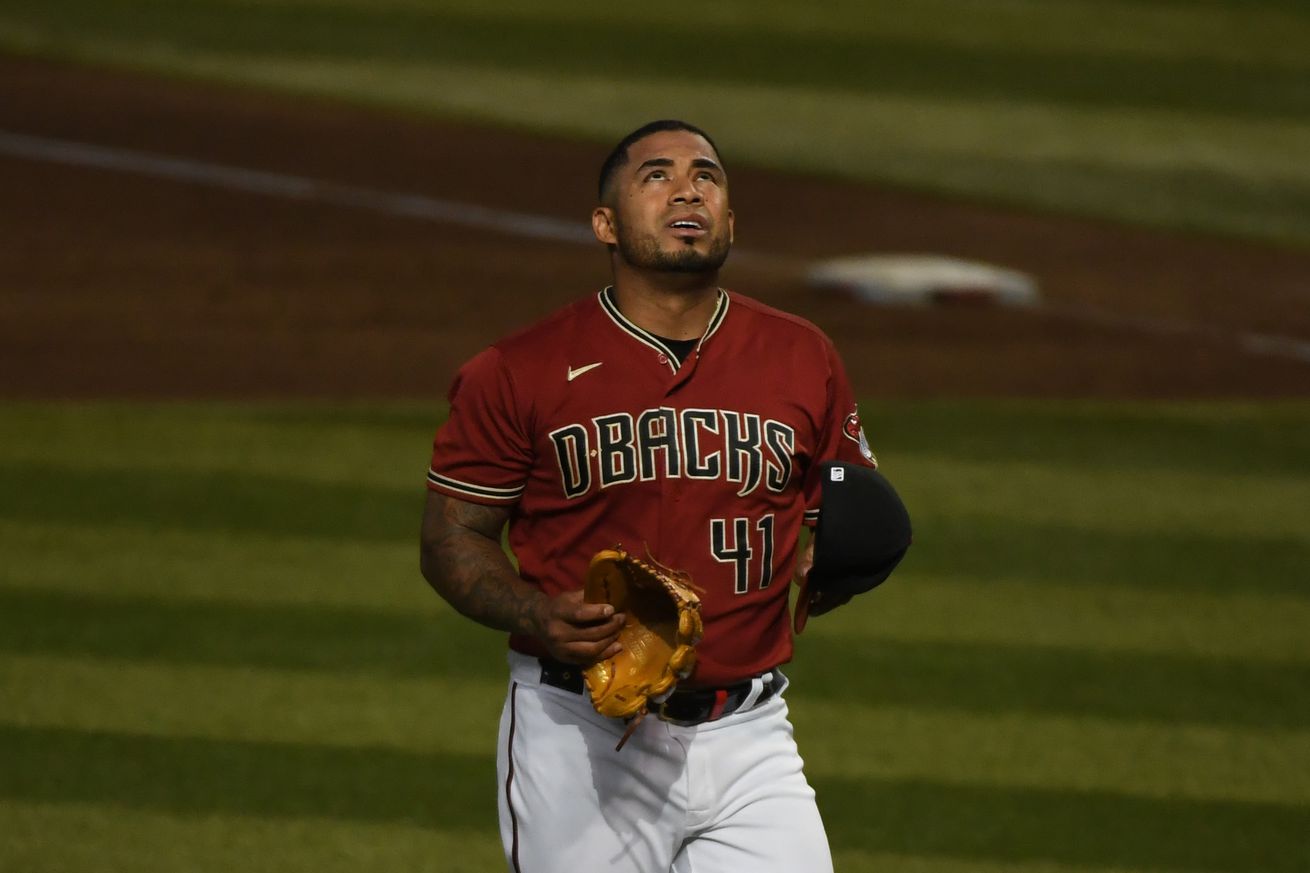 Another day, another 7-3 loss

[AZ Central] Diamondbacks’ loss to Mariners guarantees losing record – This has felt inevitable, of course, for weeks, but it still feels noteworthy given the circumstances. For one, it is the latest instance in Diamondbacks history in which they entered the year with high expectations only to somehow fall flat. This year, however, seems all the more inexplicable given the reasons for and surrounding the failure. Most of the more disastrous years the franchise has experienced were filled with injury. This year’s team has been largely healthy, other than an injury or two here and there.

[Arizona Sports] Diamondbacks drop series finale to Seattle Mariners – Despite a solid outing from starting pitcher Luke Weaver, the Arizona Diamondbacks’ offense was held in check by the Seattle Mariners’ bullpen in a 7-3 series finale loss at Chase Field on Sunday. Weaver made his first career start against the Mariners, coming off an excellent appearance against the Los Angeles Dodgers where he only allowed two runs in four innings. “I think in Luke’s case today, he wasn’t winning that first pitch battle,” said manager Torey Lovullo after the game. “I think overall the entire day, we weren’t winning that first pitch battle.”

[dbacks.com] Where D-backs go after tough homestand – Sunday’s game was a microcosm of the season — the D-backs struggled to cash in on scoring opportunities. Dunn walked the bases loaded in the second inning with one out and it was a chance for the D-backs to blow the game open early. Instead, Josh VanMeter and Christian Walker both struck out to end the inning. It’s something that happened to them often during the 20-game stretch — the offense would go quiet for long periods of time.

[ESPN] Chicago Cubs’ Alec Mills tosses no-hitter against Milwaukee Brewers – The Brewers never got close to a hit in the final innings as Mills threw a career-high 114 pitches in just his 15th career big league start. He induced a popup by Jacob Nottingham and then struck out Tyrone Taylor for the first two outs of the ninth inning before getting Jace Peterson to ground out to short. Mills said he heard shortstop Javy Baez scream in elation even before he threw the ball to first. “I just wanted the ball hit to me,” Baez said afterward. “This is something we’ll be part of for life. Like a championship type thing. No one can take it from you. I was happy to be part of it.”

[MLB.com] Pujols’ 660th HR ties Mays for 5th all time – In the history of Major League Baseball, now only four players have hit more homers than Angels slugger Albert Pujols. Pujols crushed career homer No. 660 on Sunday, tying him for fifth place on baseball’s all-time home run list with Hall of Famer and Giants legend Willie Mays. Pujols’ milestone came in a key moment — a two-run blast off reliever Carlos Estévez in the eighth inning to give the Angels a one-run lead in an eventual 5-3 win at Coors Field. It came on a 1-1 fastball and traveled a projected 402 feet, per Statcast. Only Barry Bonds (762), Hank Aaron (755), Babe Ruth (714) and Alex Rodriguez (696) went deep more times than Pujols has.

[SI.com] Sizzling Padres Poised for Statement Series Against Dodgers – The San Diego Padres, meanwhile, haven’t qualified for the playoffs since 2006 and have finished no closer than 16 games behind their Southern California rivals during Los Angeles’ dominant divisional run. But with two weeks to go in the regular season, the Padres are just 2.5 games behind the Dodgers after sweeping the Giants in a Sunday doubleheader to extend their winning streak to seven games. And with a three-game series between the teams set to begin at Petco Park on Monday, Los Angeles can no longer ignore their pesky southernly neighbors’ steady climb up the standings. A sweep would put Slam Diego atop the NL West.

This seems to be the latest in a growing trend for cinema to couch social critique in genre terms, rather than the more explicitly political entities of, say, Ken Loach. The likes of Get Out, Captain Marvel or Parasite are examples of the trend, and I’m not sure it’s one I embrace. It feels a little bit of a deceptive practice, like your mother trying to get you to eat brussels sprouts as a kid, by chopping them up really small. If you can still taste them, it doesn’t matter. And if what you have is a rant against evil Americans, it doesn’t matter how many flying saucers, exploding heads and Spaghetti Western tropes you add, or if it has Udo Kier in a supporting role.

This one takes place in a small, rural Brazillian town of the title, which inexplicably doesn’t appear on any online maps. There’s a corrupt mayor (Lima) seeking re-election, problems with local water supply, and the town’s matriarch just died. Returning from the big city for the funeral is Teresa (Colen). However, suspicious events begin to take place, gradually isolating the community, and it eventually becomes clear that a group of rich outsiders (led by Kier, playing a German-American) is looking to use the town to go hunting humans. However, they may eventually find they have bitten off more than they can chew, with the town having a history of taking no shit from outsiders.

Keyword, however = “eventually”. For this is 131 minutes long, and barely the last half an hour contains much to get the pulse going faster than a slow samba. Up until then, it’s mostly a slice of South American small-town life, with a range of people from doctors to local gangsters getting on with their lives, whether that’s agreeably or bickering. The pace is deliberate to the point of glacial, with only little hints of weirdness, like the UFO-shaped drone that is occasionally seen flying around. Things don’t perk up until Kier arrives, giving the film a narrative impetus which has been significantly lacking to that point. [I particularly enjoyed his reaction to being called a Nazi]

The nods to the Western genre, while occasionally effective, are particularly obvious. For example, the scene near the beginning where Teresa, riding on a water truck, has to make her way past an overturned truck that has spilled far more coffins across the road than any small town should typically expect to need. But you’ll generally be forgiven for looking at your watch quite a bit, and wondering when the hyper-violence promised in the reviews is going to kick in. Outside of one exploding head, it really doesn’t. Oh, the bullets do fly. Yet, it feels more like an afterthought than the film’s purpose, and there’s not the necessary level of tension generated to ever put the outcome in doubt. I prefer my exploitation films without a side of brussels sprouts, thank you.

Want more reviews? I’ve got a site full of them at Film Blitz.