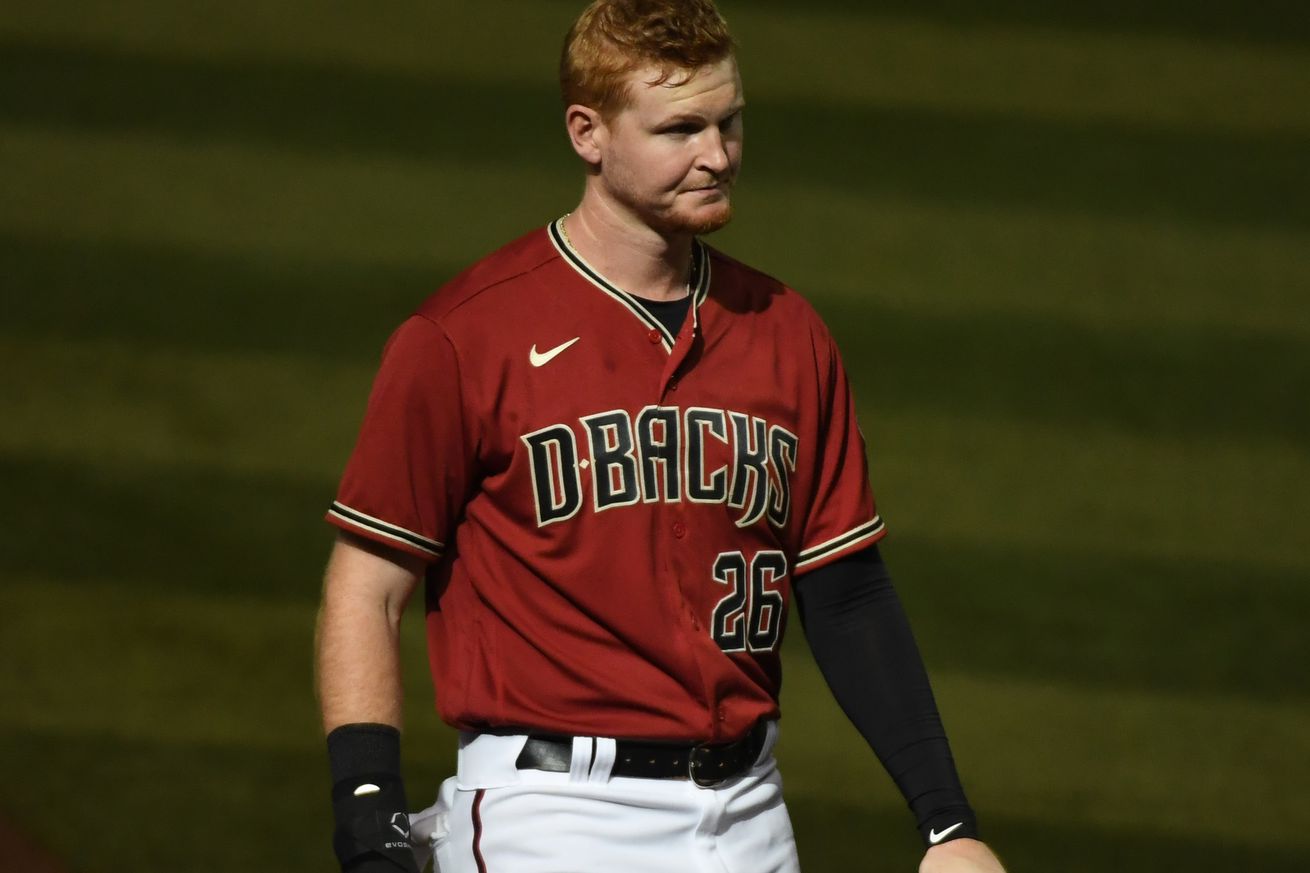 And I can’t be sad about losing if I’m off the grid.

[D’backs.com] Each NL West club’s goals for rest of season – D-backs: See who is part of the future: A streak of 18 losses in 20 games doomed the D-backs’ postseason chances, but the final two weeks for them are anything but meaningless for players who are trying to put themselves on the radar for 2020. Position-player prospects like Pavin Smith and Daulton Varsho are in their first year of the big leagues, while other young players like Tim Locastro and Josh VanMeter are getting more playing time than they ordinarily would. Pitchers like Taylor Clarke, Caleb Smith and Alex Young are making bids for the rotation next year, while relievers like Keury Mella and Riley Smith are looking for bullpen spots. General manager Mike Hazen said that every at-bat and every outing counts, and the organization is looking for the right approach rather than the actual numbers the players put up. — Steve Gilbert

[MLB.com] Lamb signs with A’s, hits HR in hometown – It’s hard to imagine a better first day with a new team for a player than the one Jake Lamb had with the A’s. After losing two third basemen on the same day, the A’s signed Lamb on Monday morning to add some much-needed depth. Later that night, the veteran infielder made an immediate impact in Oakland’s 9-0 win over the Mariners in the nightcap of a doubleheader at T-Mobile Park, smacking a solo home run and a double for a two-hit game in his A’s debut. “It really makes you feel part of the team,” A’s manager Bob Melvin said of Lamb’s performance. “It can be difficult coming in this late in the season to a new team and trying to get to know new teammates. You want to perform well right away, and he did.”

[Yahoo Sports] MLB commissioner Rob Manfred hopes to have ‘limited fan capacity’ in playoffs – Major League Baseball is preparing to kick off its postseason later this month in select bubble cities across the country. MLB commissioner Rob Manfred said on Monday night that when that happens, he’s hopeful that at least some fans will be allowed to attend the games. Manfred, who spoke at a virtual event through the Hofstra business school, is working to have “limited fan capacity” for the League Championship Series and World Series.

[Sporting News] Mets agree to sell to Steve Cohen; MLB owners’ approval all that remains – The Mets announced Monday that their parent company, Sterling Equities, has reached a purchase agreement with minority shareholder Steve Cohen that would make Cohen the club’s majority owner. Financial terms were not disclosed. Published reports have put the purchase price at about $2.3 billion. The sale is subject to approval by the other 29 MLB team owners; 23 votes in favor are needed. MLB commissioner Rob Manfred said Monday night that the approval process will begin “shortly,” while MLB.com reported the vote would take place no later than November at the league’s owners meetings.

[Sports Illustrated] Seattle Air Quality Prompts Concern for MLB Players’ Safety – For the first time this season, there was a sign of disruption that was constant and tangible and could not be ignored, no matter how hard one might try. Due to the smoke from the West Coast wildfires, Oakland and Seattle played in a haze, thick enough to be seen on television. Some players wore N-95 masks. The situation prompted questions about whether it was safe to play at all, a bleak variation on the same basic conversation that baseball has had to face all season. After a week of eerily discolored skies over ballfields in California, photographs grimly captioned with sci-fi references, this was a new level. It was the first game where the circumstances made themselves known, obvious to viewers at home, quite literally in the air for every pitch.