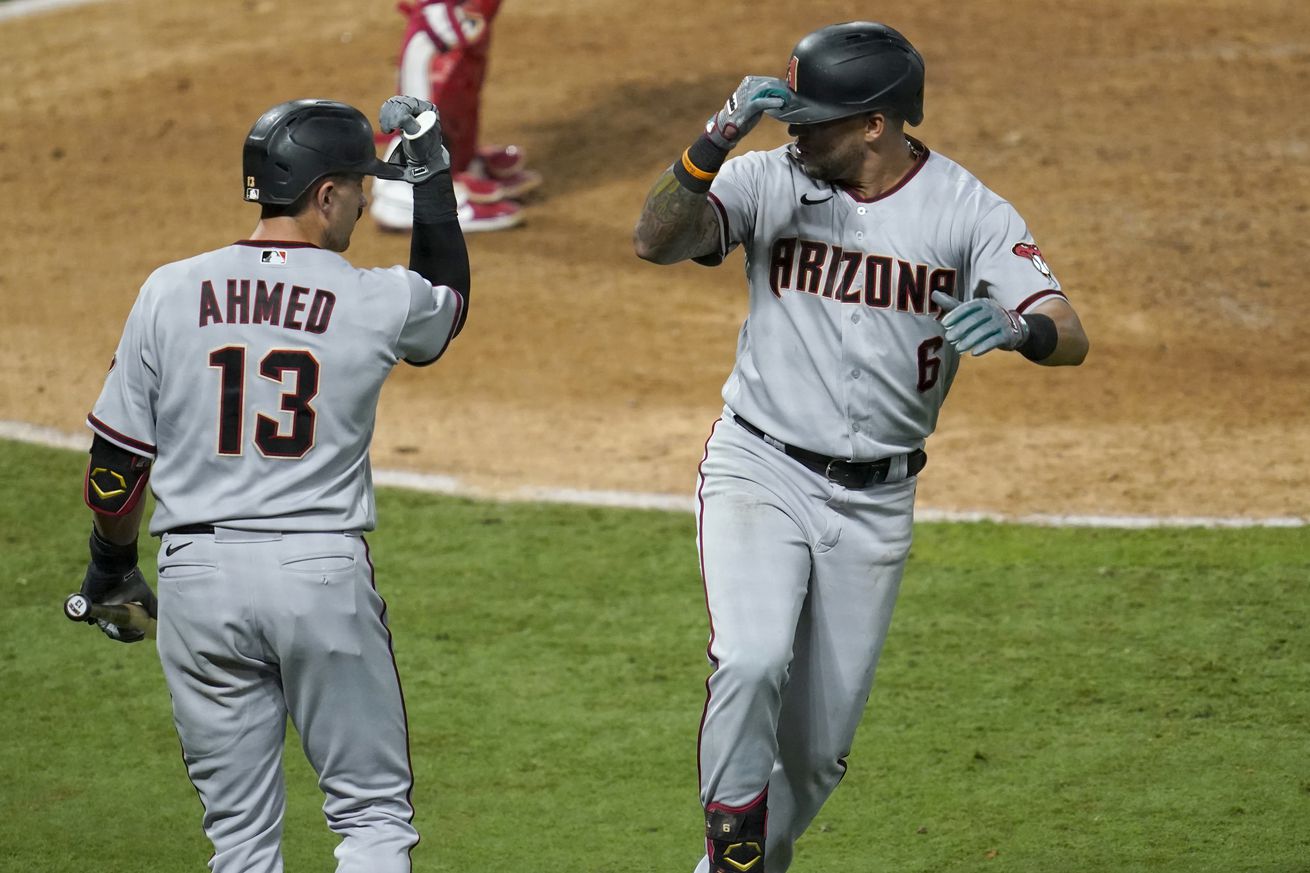 Arizona’s hitters swatted four home runs over the course of the first four innings, leading to an 8-1 lead entering the fifth inning. This is 2020 though. Even that lead, with Madison Bumgarner on the mound, was not safe. Indeed, it was Bumgarner who faltered, allowing the game to be tied up before he exited. It took a fifth home run in the eighth, this one off the bat of David Peralta to finally seal the deal for Arizona.

Once again, Kole Calhoun led Arizona’s offensive output. THIs time, it was against his old teammates, the Los Angeles Angels. Calhoun contributed to the nine-run outburst by swatting two home runs and driving home five.

Bumgarner has Night to Forget

If the Madison Bumgarner many were expecting had shown up for the first 50 games of the season, Tuesday night would have just been yet another rough blip on the 2020 radar. As it is, Bumgarner’s total collapse only increased the anxiety that many have begun to feel that Bumgarner may be at the end of pitching days, while still having four more years on his contract.

To ensure neutral sites, AL teams will play in NL stadiums and vice-versa. There will be no travel days. Arlington will host the World Series. There is plenty to unpack in MLB’s ambitious semi-bubble plan for the playoffs.

In a Burning World, Baseball Plays On

The telecast of the Oakland-Seattle game being played in the Bay Area was a sobering reminder of just how bad the wildfires tearing through the Golden State are. The AQI was so bad that more than a few eyebrows were raised at the fact the game was even played.

When D.J. LeMahieu stepped to the plate in the Yankees’ rout of the Toronto Blue Jays, he was facing off against mop-up position pitcher Santiago Espinal, in his second pitching appearance. Espinal tossed a 48.7 mph floater over the inner portion of the plate. LeMahieu more than doubled the exit velocity, for the slowest pitch to be turned into a home run in the statcast era.

Speed Kills, So Does Sloppy Play

The Cubs Javier Baez stole second against the Cleveland INdians on Tuesday night. That in itself, is hardly remarkable. The story comes from what happened when Indians catcher, Sandy Leon tried to throw him out. The throw tailed badly and went into center field. Baez took that opportunity to advance to third. Cleveland was not quick on the uptake and so Baez then turned on the afterburners and tried for home. The relay throw home was up the line, making it impossible for Leon to make a play on Baez as he slid home safely.