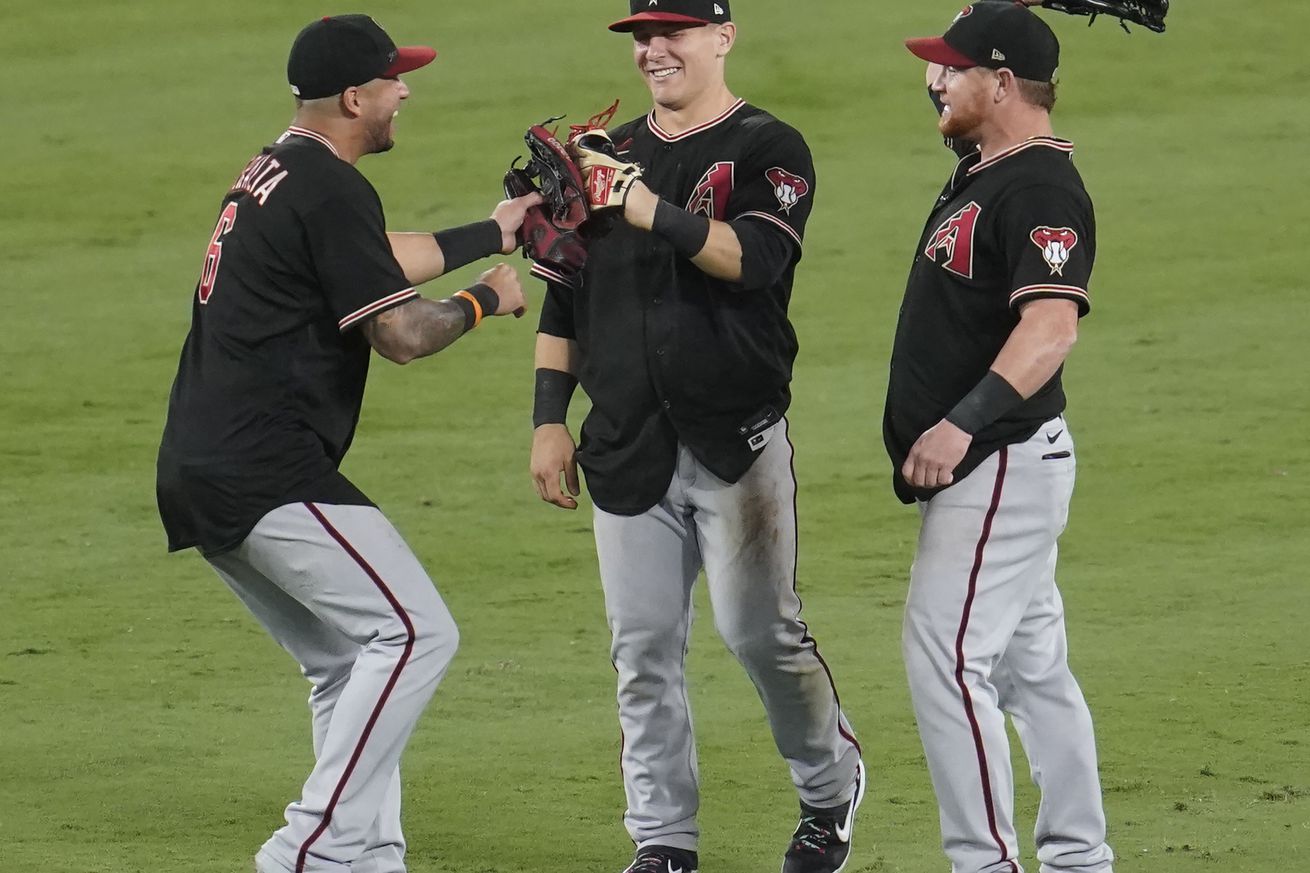 “I still think they’re going to maintain that type of excitement and ability to pile up runs for the next 10 games,” D-backs manager Torey Lovullo said. “We all wish as teachers and coaches that we could find a way to eliminate the lulls. It’s just a part of the game that happens. Sometimes things compound themselves and the game gets harder than it actually is and you feel like you’re really fighting an uphill battle. I know these guys have been grinding, playing hard and practicing hard for this type of a result. That’s what’s most gratifying, when I see the dugout full of excitement and feeling good about themselves. They deserve it. I want that to continue for as long as we can possibly do it.”

Calhoun homered for the third time in the last two games, making it 12 total on the year.

It’s about Zac Gallen and his mucho many pick off attempts….

Derrick Hall: Lovullo’s job not in jeopardy in down year

Looks like there WILL NOT be a horse head in Torey’s bed anytime soon….

“With the way I feel just in this very short time and talking to the surgeon who did my surgery, he doesn’t see why there would be any reason moving forward that I should have any issues or not be ready for next year,” Kelly said. “That’s the positive thing.”

2020 MLB playoffs schedule, bubble locations, and how to watch every game

*checks schedule……yup, I don’t think the Dbacks will be involved in any of this expanded, almost everyone gets in, postseason.

Joe West has never missed a call. Just ask him.

“If murder was legal,” one former player said, “some days I would kill Joe. I mean it. One day he’s arrogant, vindictive, a jerk, a guy who really believes that 50,000 people came to the park to see him. But he’s a different person every time you see him. The next day he is joking with you on the field, he is charming … you want to go have a beer with him.”

Female python lays eggs without being near a male in years

“She’d definitely be the oldest snake we know of in history,” to lay eggs, Mark Wanner, the Zoological Manager of Herpetology, told AP News.