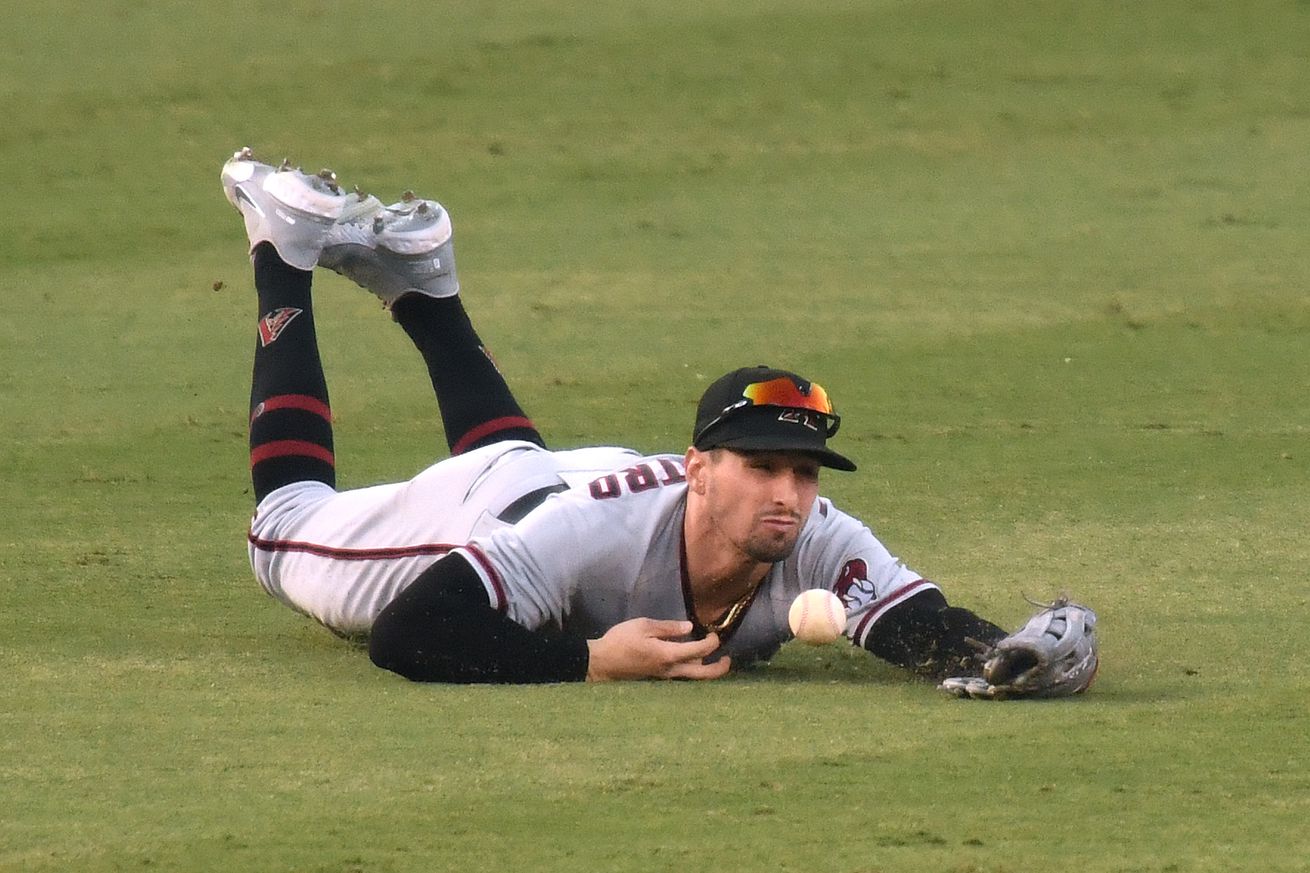 The Diamondbacks’ offense is finding al sorts of ways to disappoint.

Between all the trades and roster moves, the Diamondbacks took the field with a very different team Tuesday night. They still wound up walking eight Dodgers while only managing a paltry five hits in the game. This included a stretch during which the Dodgers retired 16 in a row. Oh, the defense also contributed to two unearned runs. Yeah, it was that kind of night.

Offense Leave Young Hanging
The team may have a new look, but it is just packaging. Alex Young had an up-and-down night. He allowed only two earned runs through five innings – good. He also walked five, allowed six hits, and also was unable to stop two additional unearned runs from scoring – bad. The only offense though, came from a pair of spaced out homers. Carson Kelly hit a solo shot in the third to tie the game. The next scoring did not come until the ninth, when Nick Ahmed hit a two-run home run to narrow the five-run gap the Dodgers had built.

It’s good to see that some fire and passion remains on this team after Monday’s big sell-off. Mike Hazen openly admitting the 2020 season seems lost does not sit well with Nick Ahmed.

“That’s infuriating. Hopefully, Mike stops making comments like that. No one is packing in the towel, no one’s saying we’re giving up on the season. As a player, that pisses me off big-time.”

How are They Doing Now?

It was already been reported that Brito elected to opt out of the remainder of the season. However, it seems he has not yet actually informed the Pirates of that decision, though most are expecting he will. This has been a trying season for Brito. First, he was held out of playing due to testing positive for COVID-19. Then, after he was cleared to return to the team, Brito learned his brother was positive for COVID-19. Brito’s brother died of the virus last week.

The first major change for the 2021 First-Year Player Draft is in. Rather than being held at the beginning of JUne, the draft will be held from July 11-13, during the All-Star break. More changes, including the length of the draft are yet to be officially determined.

The Giants had a Coors Field night, hanging 23 runs on the embattled Rockies. Here’s a 23-point rundown of the pummeling.