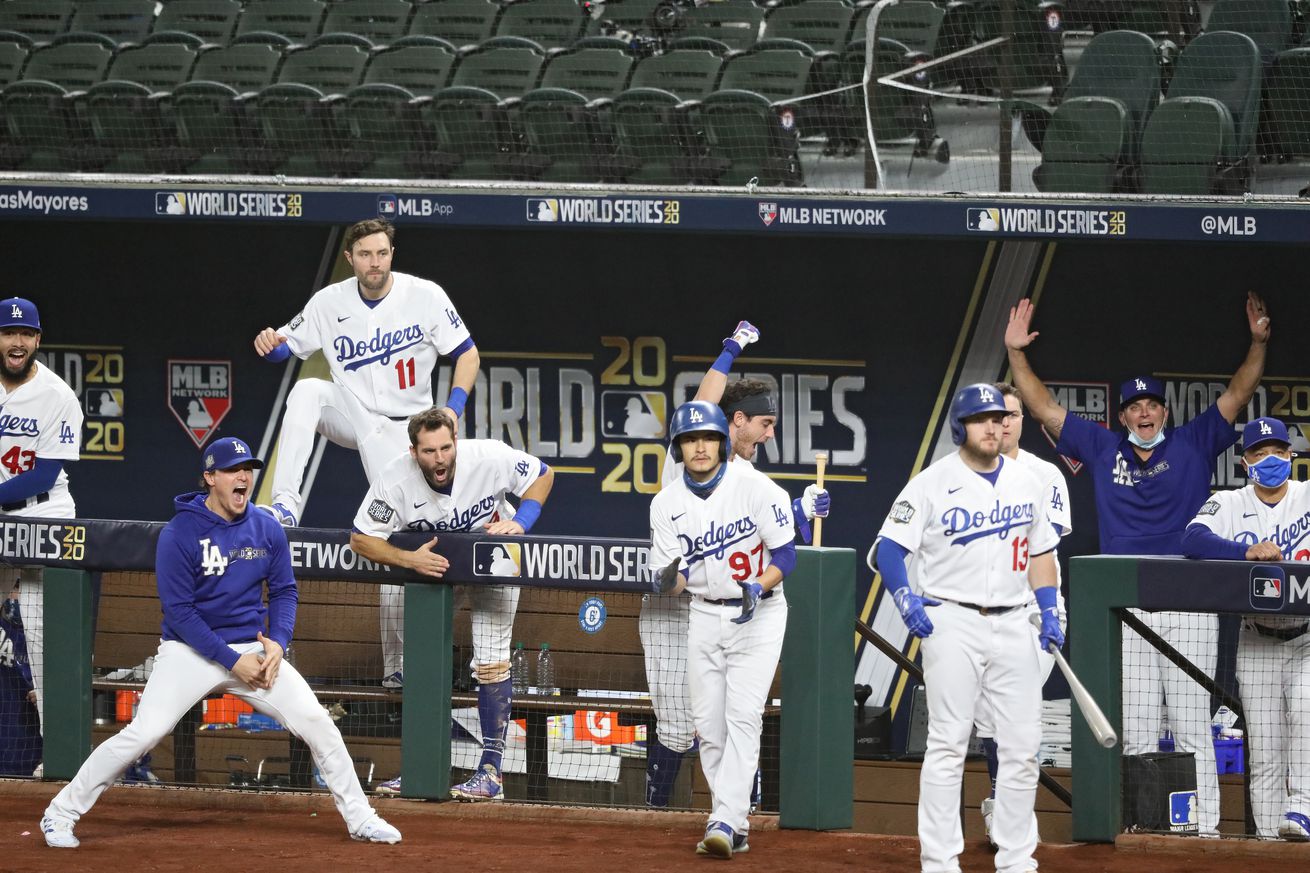 We get to hang a great big asterisk on this World Series title, right?

Randy Arozarena gave the Rays a quick lead. Blake Snell dominated through five innings. However, Tamps simply could not capitalize on further opportunities while the Dodgers were able to get to Tampa’s bullpen.

The Dodgers must have been thrilled when Kevin Cash came out with the hook in the sixth inning, removing Blake Snell from the game. The Tampa Bay ace had been dealing to that point. The Dodgers promptly jumped all over the relief.

It doesn’t rise to the level of the Grady Little game, but Kevin Cash’s decision to remove his left-handed ace in the sixth inning of an elimination game is going to go down as one of the more regrettable managerial decisions of the last 20 years.

In the most 2020 of developments for the World Series, the series MVP, Justin Turner, was removed from the game in the eighth inning as a result of having a positive COVID test.

The exact time the Monday tests arrived in Utah, as well as when the lab ran them, is unclear. But one source with knowledge of the testing said the results, which typically have arrived before games are played, were delivered late. How this happened before a potential World Series clincher — and what it says about the league’s protocol — will be among the questions Manfred answers in the coming days.

Upon being removed from the game, Turner was asked to isolate. He declined to do so and took to the field for the hearty, smothering, close-contact victory celebration.

Rays Have Gone as Far as Guile Will Take Them

The decision by Kevin Cash to remove Blake Snell is going to get plenty of attention because of its proximity to the Dodgers’ comeback. What should not be overlooked is the near-epic ineffectualness of the Tampa Bay offense throughout the entire postseason.