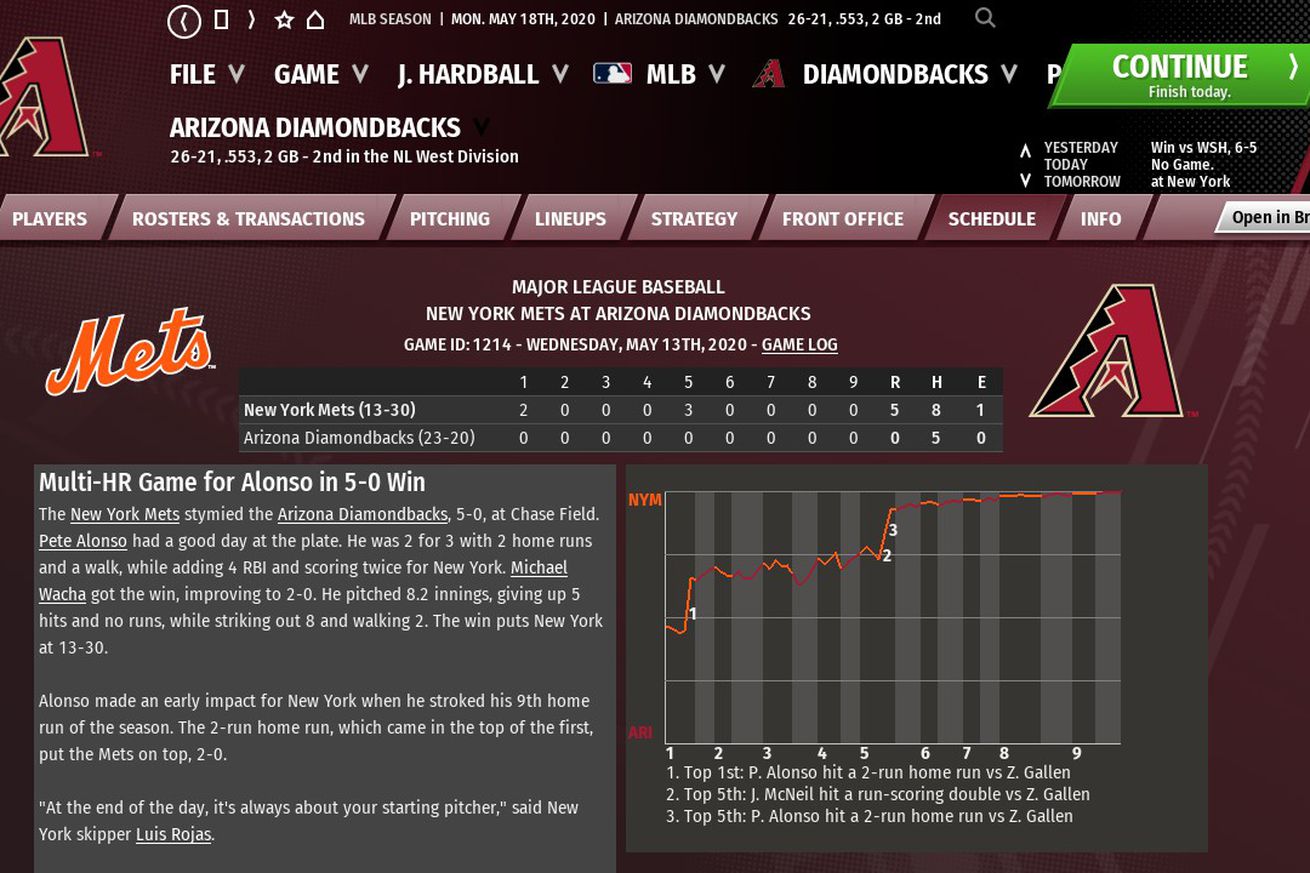 Michael Wacha had a fantastic outing Wednesday afternoon, the sort that brooks no mistakes from the opposition.

This wound up being one of those games where one just has to tip their hat to the other team for a game well played. Things actually started out just fine for Arizona. After only two pitches, Zac Gallen had already recorded two outs. The next batter, Jeff McNeil, reached base when it was ruled he had been hit by a Zac Gallen pitch. That brought up Pete Alonso, who did his Pete Alonso thing, putting the Mets up by two. Gallen shook that off and struck out Michael Conforto to end the inning.

While it is never ideal to give up two runs in the first inning, doing so is rarely a death knell. Today was one of those rare exceptions. Tim Locastro returned to the lineup for the Diamondbacks today. As the first batter to face Wacha, he attempted to bunt for a hit. Locastro got under the pitch just a bit, creating a bit of a looper up the first base line. Mets’ starter, Michael Wacha made a great diving play on the bloop to get the first out. That would become a sign of things to come. David Peralta flew out harmlessly to right and Ketel Marte struck out on three pitches.

Michael Wacha was in complete command from end-to-end in this game. He scattered five hits and two walks across 8 2⁄3 innings of play. The Diamondbacks only reached second base twice in the game. The first time was on a double by Nick Ahmed in the fifth with two outs. The other was a line shot into the left center gap by Locastro in the eighth, also with two outs.

Zac Gallen had a decent outing until the fifth inning, when he ran into a bit more trouble when Pete Alonso did his thing again. It didn’t really matter though. While Gallen was pulled after only 4 2⁄3 innings, much of that decision was based in the fact that the team was looking for an immediate stop to New York’s offense, as it was becoming painfully clear that the two runs which the Mets had scored in the first might already be too much to overcome.

Player of the game honors were given to Pete Alonso for hitting a pair of two-run home runs. The real hero of the game though, was Michael Wacha. With two outs in the ninth, Wacha walked Eduardo Escobar. It was then that Virtual Luis Rojas elected to pull Wacha from the game, rather than allowing him to complete the complete game shutout. This is one where they got the player of the game wrong.

On the hit by Locastro, the speedy outfielder stood up gingerly after making the safe slide into second. He was replaced as a runner by Josh Rojas, who then took over at second when Ketel Marte moved into center for the ninth inning. After the game, the decision was made to put Locastro on the 10-day IL to get him right again. Starling Marte was activated from rehab and brought back from Reno.