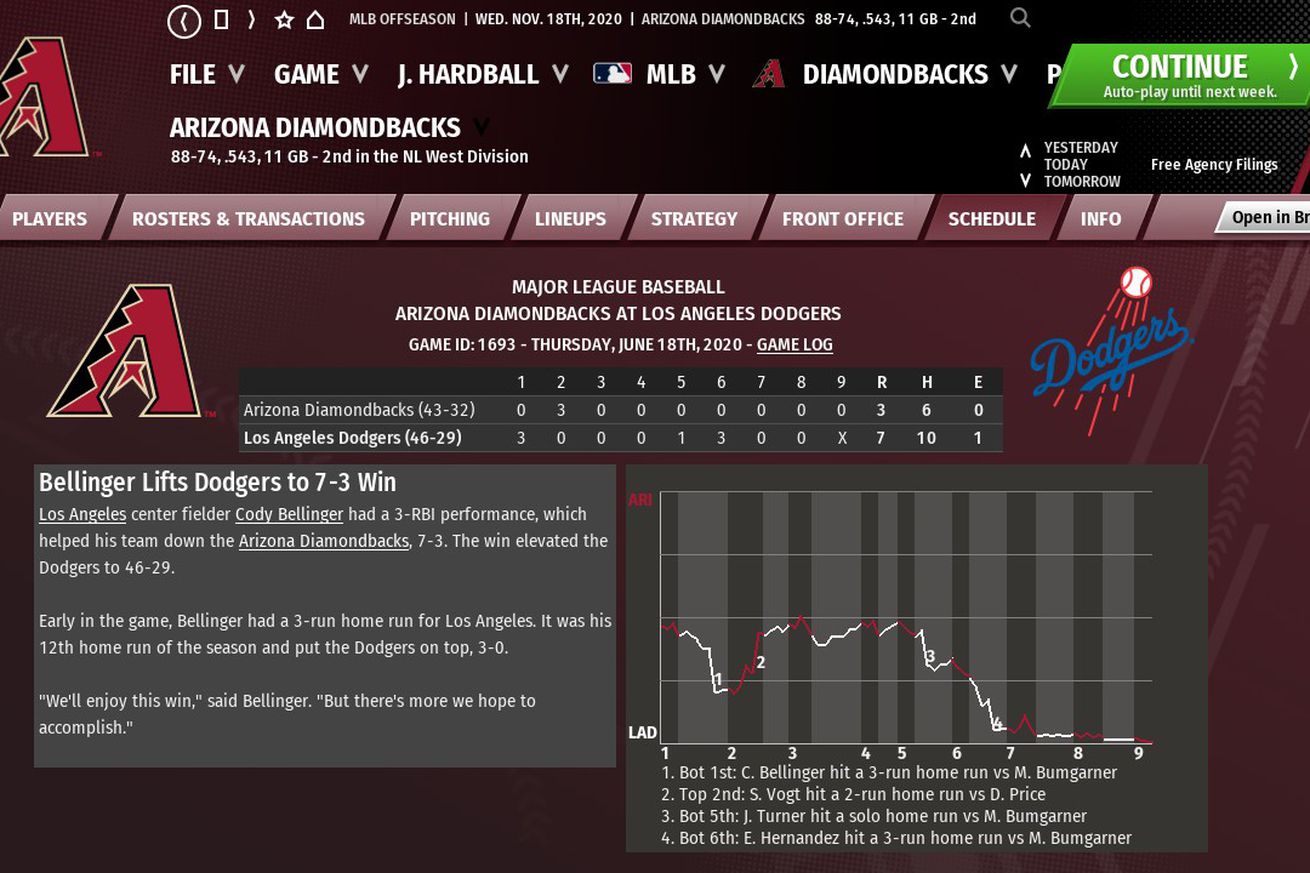 The Diamondbacks entered the four-game series against the Dodgers only one game off the pace, ready to put the world on notice they were ready to compete. Then they dropped three of four.

Madison Bumgarner had what can only be classified as a night to forget. The veteran left-hander allowed seven hits and two free passes in only 5 1⁄3 innings of work. That alone, is very unlike MadBum. To top things off, three of those hits allowed found the seats. Two of those, the ones by Bellinger and Turner, were not chip shots, folks.

The Arizona bullpen was, once again, quite good. Four pitchers combined to allow only three hits and no walks through the final 2 2⁄3 innings of work. That included appearances from Junior Guerra and Héctor Rondón.

On the other side of things, the Dodgers coasted through the evening. David Price reminded the world that, although Mookie Betts was the “big get” in the deal with Boston, he was still an important piece to L.A.’s expected success. The lefty did see four of his six hits allowed go for extra bases, including an unlikely two-run home run off the bat of Stephen Vogt, giving up the platoon advantage.

Cody Bellinger was named player of the game. His offensive output just edged out David Price’s pitching performance. Something about going 3-for-4 with three RBI being considered a fine outing.

The Diamondbacks will try to put this disastrous series behind them, looking to get right again at home when they face the Milwaukee Brewers tomorrow night. The match-up pits Robbie Ray against Brandon Woodruff.