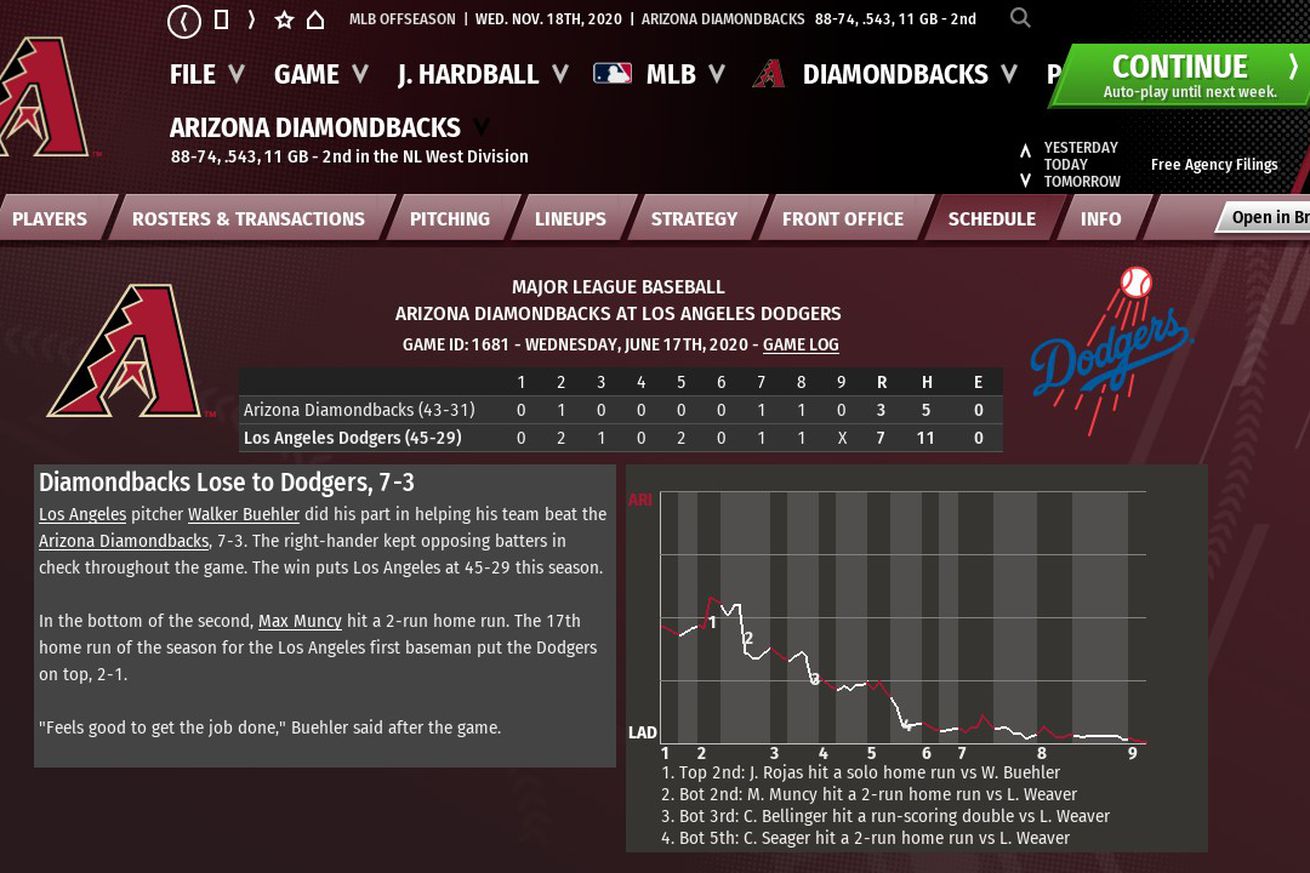 The warm vibes from running Clayton Kershaw from the game in the early-going were quenched less than a full day later. Walker Buehler did his typical “I’m the new ace” thing while the Dodgers roundly abused Luke Weaver.

There truly is not much to see about this loss. L.A.’s Buehler was in fine form -again. The Dodger righty limited the Diamondbacks to just four base runners through seven innings on three hits and a walk. Two of those hits came off the bat of Josh Rojas, a young man doing everything he possibly can to reward the team for turning the starting right field position over to him, despite Kole Calhoun’s contract, experience, and plus defense. Rojas tagged Buehler for a double and a solo home run.

The point at which the game turned ugly for Arizona was the fifth inning. Arizona trailed by two when the Dodgers came up for the home half of the inning. Justin Turner led the frame off with a double which banged off the outfield wall. He was followed by Corey Seager, who found a slight bit more loft in the swing, hitting the ball 404 feet into the right field stands. That brought an end to Weaver’s night. Merrill Kelly came in and showed why he continues to be one of the best relievers in the game. But, the damage was already done. Buehler was now on cruise control and in possession of a four-run lead.

That the Arizona bullpen eventually allowed two more runs in the game didn’t matter much. The Arizona offense only mustered two more runs of their own, not even enough to overcome the fifth inning damage, much less anything added later.

The player of the game was Walker Buehler. Buehler made it all look easy, recording eleven strikeouts against his one walk of Carson Kelly.

The Diamondbacks are once again, two games behind the Dodgers for the lead in the NL West. the Snakes will be looking for a series split with the Dodgers tomorrow in a battle of veteran lefties, when Madison Bumgarner faces David Price.