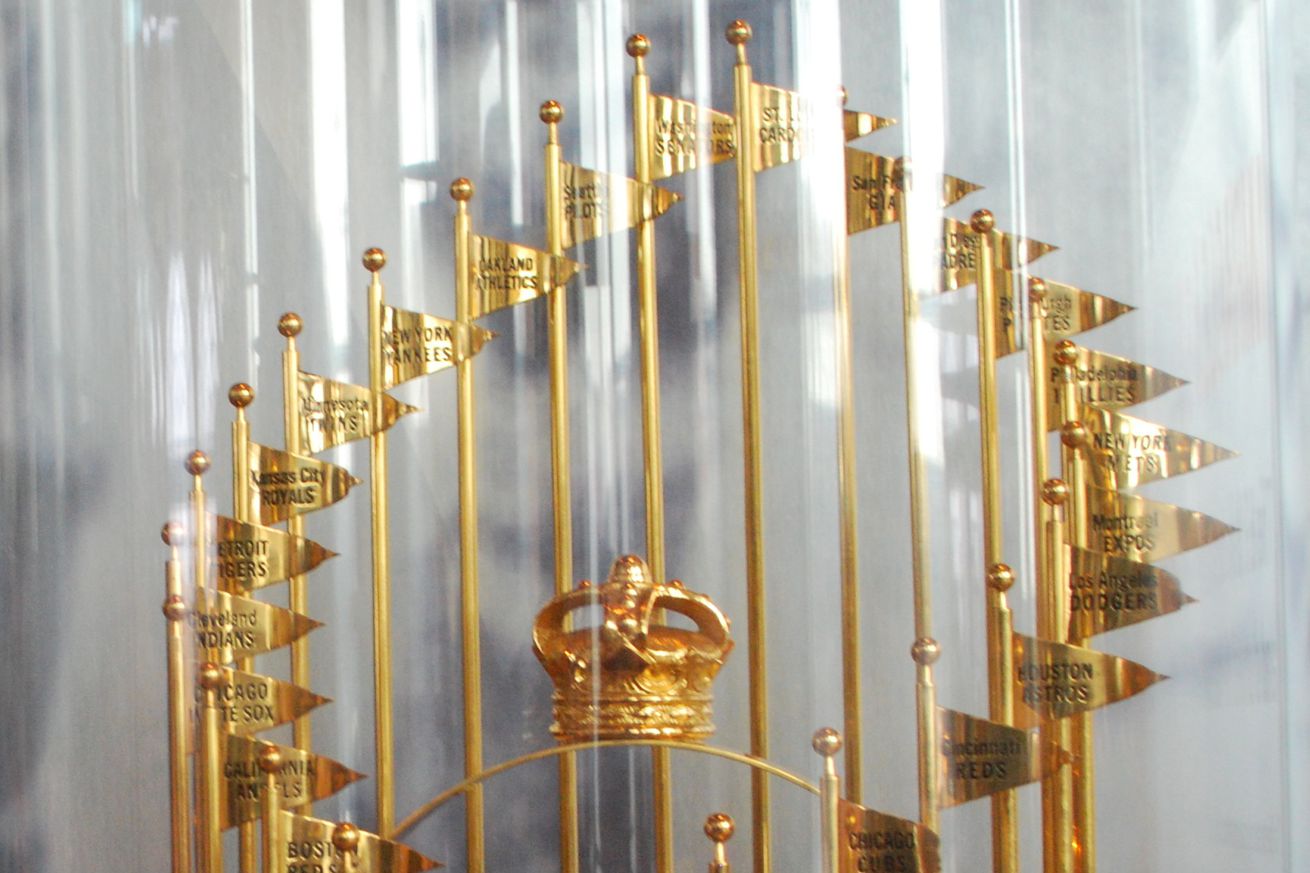 How did the 2020 simulated season shape things for the future?

The tam that finished the year for the 2020 Virtual Diamondbacks did not much resemble the one that started the season. Some key trades during the season dropped both the team’s payroll and average player age significantly. At the start of the 2021 season, David Peralta would be the “old man” in the room, clocking in at 33 years old. Will Smith and Nick Ahmed come next, at 32 and 31 respectively.

Finally off the books is Yasmany Tomás’ contract. Also gone are the final four years and $79 million owed to Madison Bumgarner. Jake Lamb – gone. Merrill Kelly, also gone. Kole Calhoun, he was shipped off to the Chicago Cubs early in the season. Starling Marte’s 2021 option became the White Sox problem (they declined it). All these subtractions suddenly left the Diamondbacks flush with cash. It also left them with the reigning Cy Young winner, Robbie Ray, as a free agent.

Before jumping into the new-look Virtual Diamondbacks, I’ll check in with some of the biggest names no longer part of the team to see how the future looks without them. While the move might have made sense during the 2020 season, did the moves hold up over time?

Starling Marte: As noted above, Marte’s potion was declined by the White Sox. He eventually signed a 2-year/$20 million deal to play for the Giants. In 2021, he racked up 352 ABs and posted an 86 OPS+. Probably not what Virtual Scott Harris was hoping for when he signed the veteran outfielder.

Merrill Kelly: The Marlins were happy to exercise his 2021 option. He rewarded them by being the team’s second-best starter behind 2020 ROY, Sixto Sanchez. They then exercised his 2022 option, hoping for another season of 202.1 IP with a 105 ERA+.

On the flip side of this, Yairo Munoz spent almost all of 2021 in AAA-Reno. He had a few weeks in the middle of the season where he saw MLB time with the Diamondbacks as an injury replacement. His ability to move around the diamond kept him up a bit longer than he might otherwise have stuck around. Jordan Yamamoto pitched the entire season out of the Arizona bullpen. He provided 52 innings of work at a 100 ERA+. It’s looking like Miami won that deal pretty handily. I guess it is karmic payback for fleecing them of Zac Gallen and Braxton Garrett.

Madison Bumgarner: He finished the 2020 season strong for the Brewers, helping them to a dominant finish in the NL Central. He still wasn’t enough to get the Brewers beyond the NLDS, as the Dodgers crushed the Brewers in truly resounding fashion. In 2021, Bumgarner only threw 166.2 innings of 80 ERA+ baseball.

For the Diamondbacks, Logan Morrison kept the embers stoked in the fireplace in Greenland. Meanwhile Eduardo Garcia checked every box one would want in a developing middle infielder. He put together a solid campaign in AA at age 19 and will open 2022 in Reno as Arizona’s best middle infield prospect.

Andrew Chafin: Arizona fans were unhappy to see Chafin leave. However, he had real contract demands and the Diamondbacks were able to make a move for years of control and pre-arbitration wages for another left-handed reliever. Chafin eventually signed for 3-years/ $14 million with the Anaheim Angels. In 2021 he pitched 51.1 inning with a WHIP of 1.301 and a 116 ERA+. Essentially, he held to his career average. Not at all bad at the price. The pressure on Arizona’s newest pitcher to perform was intense.

Robbie Ray: Ray’s contract demands were actually quite reasonable. As a result, Arizona fans became quite upset when he was allowed to sign elsewhere. To make matters worse, he signed within the division. He eventually signed a 5-year/$72 million deal with the Colorado Rockies. In 2021, Ray wound up going 12-10, throwing 172.2 innings and posting a 111 ERA+. Even this performance was not enough to help elevate Colorado from last place in the NL West. Part of the decision to let Ray walk was based on how Virtual Ray and his agent decided to slow-play the offseason. Had they been ready to sign at the outset of free agency, the 2021 Diamondbacks would have looked significantly different.

Arbitration raises were issued to all eligible players with the team meeting the demands of the players. This included Michael A. Taylor at $4.25 million. In hindsight, this was probably an expense that could have been avoided. Still, at the price, he was easy to move at the deadline for a minor leaguer (A+ ball) with upside.

With Seth Beer continuing to traumatize AAA pitchers while playing first and/or DH Reno, Ryan Mountcastle still in the system (though injured), Pavin Smith still chugging along, and Andy Young proving himself MLB-ready, I decided to trade Christian Walker. More accurately, I decided to shop him to see if anything worthwhile might be available. That’s when I was hit with an interesting proposition. The Houston Astros, were looking to move José Altuve. At first, I dismissed this offer. After all, I had Ketel Marte manning second base and still under contract for quite some time. I did, however, back-burner the notion, just in case.

Arizona sends Taylor Widener, Drew Ellis to Detroit for Gregory Soto
As a right-hander, Widener’s path to starting for Arizona was about as narrow as it could get. As for Ellis, even with Arizona needing a third baseman, he was not making the necessary strides to claim the job. Yairo Munoz’s glove and Andy Young’s all-around game made Ellis number three on the depth chart – at best. A longer look at a few other candidates likely pushed him down further. Soto provided an instant lefty upgrade for the bullpen and also gave the Diamondbacks another potential left-handed starter.

This is where things got interesting. Remember all that money saved by trading away Bumgarner and moving on from some veteran players? Well, it turned out to be quite the tidy some. Robbie Ray’s unwillingness to commit to a contract early opened the doors to exploring other options. Equally important was Ken Kendrick raising my budget to nearly $140 million, along with a mandate to make the playoffs, increase attendance and (hopefully)win it all by 2026. The Diamondbacks made exactly one free agent signing with this money.

Diamondbacks sign Mookie Betts 8-years/$252 million with opt out after year 3
I tried in vain to drop him down to a six year deal. At seven years he wanted substantially more. Eventually, my counter offers were starting to sour his mood to sign. I gave in. I gave him the eight years. This was as all-in as I could go. Unfortunately, I still did not have a third baseman. Hmmm, I wonder if the Astros are still trying to clear salary?

Diamondbacks send Christian Walker to the Houston Astros for José Altuve + $6 million
With this trade, Ketel Marte was once again asked to change positions. Marte moved to third base, giving the Diamondbacks infield a veritable defensive black hole on the left side. With Marte and Ahmed playing the left side, grounders that direction died quick deaths. At least, that was the plan. We all know what Mike Tyson said about those though. Altuve manned second. Betts went into right. Josh Rojas slipped to fourth outfielder, but was penciled in for plenty of starts to provide rest.

The New Roster and General Lineup

I decided to continue the simulation (without close monitoring this time) to see how this team played out. José Altuve was injured on April 26th and missed five weeks. David Peralta started to slip offensively, posting a career-worst 94 OPS+. Ketel Marte’s defense at third was not of the Hoover vacuum variety, but it was still decent enough to allow him to stick there. Nick Ahmed did not win the Gold Glove despite having a comparable defensive season to 2020. He did have another season with the bat where he was above average (103 OPS+).

The Diamondbacks finished the season 97-65, dethroning the Dodgers 95-67 as champions of the NL West.

The Diamondbacks lost the World Series in seven games to the New York Yankees.

In 2022, the Diamondbacks went 99-63 and returned to the World Series, beating the Oakland Athletics in five.