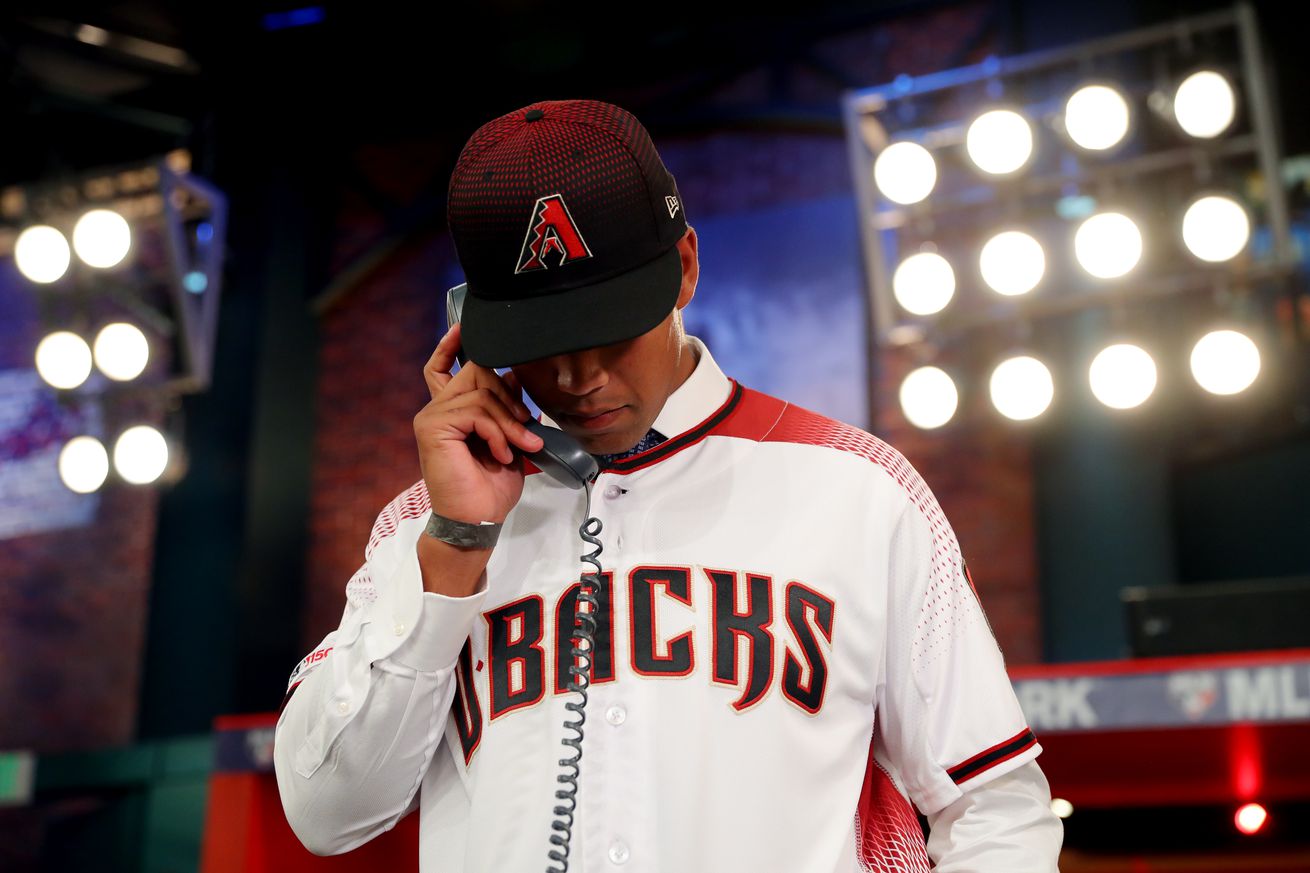 We still await baseball, but the week ahead will bring the draft, albeit in truncated form.

Michael: Favorite week of the year as a baseball fan coming up! I’ve been spending most of my time doing some preliminary research for the draft and my other hobby: speedrunning video games. It’s been pretty much the same for me in the past two weeks.

Steven: Pretty, pretty, pretty good. Have had a chance to peacefully protest in Seattle and it’s been nice to get out of the house and have some face to face interaction with others (masks and all).

Jack: Joyful! My son and Daughter in law had their baby in Vietnam yesterday! Mom and baby doing well. Big healthy baby boy. Their visa situation is stable until mid August. They still can’t go back to China and get their stuff out of their apartment, and still need to figure out long term if they can stay in VN (and if their company will survive and keep paying him). But the blessing of our 6th grandchild is the best news of the year. We also got together with my oldest son and daughter in law and their three sons that live in the valley. We swam and ate Fish Tacos and Mexican Street Corn. We’ve all been able to social distance and isolate for the last 3 weeks, so we decided it was safe to get together. It was wonderful to hold their 6 month old, who we hadn’t held in three months, and play in the pool with the older boys.

I’m happy and strongly optimistic. The daily average (latest three days) of new reported cases in Oahu is 3 people out of a population of nearly one million. That is a bump-up because on 26 May, Oahu had 3 consecutive days with zero new cases.

Oahu is gradually re-opening. Visitors who violate a 14-day quarantine have been arrested – quarantine of visitors remains in effect until 16 June. This weekend dine-in started, but I plan to wait a year. I made 5 bright yellow signs for the Urban Garden Center in preparation for its’ opening to the public. My gym will open on 25 June.

Are you more optimistic or pessimistic about a 2020 season than two weeks ago?

Michael: I still see it as a 50/50 proposition. I’m just not sure if there will be any serious negotiations or Manfred decides to just have the season unilaterally. That could backfire.

Steven: More pessimistic. Everything I have read suggests the players will not budge from their current position, which I agree with. Unless the billionaire owners bend, we’ll lose the 2020 season.

Jack: I’m less optimistic a season can be played safely.

Makakilo: My prediction of a half season starting 10 July appears busted. The MLB and MLBPA are mighty close to agreeing on how to conduct the 2020 season in several important areas, but finances were a space launch too far.

One involved person [who cares which side] wrote “…we do not have any reason to believe that a negotiated solution for an 82-game season is possible.” That quote reminds me of, “We just lost the moon.”— Tom Hanks.

Now, I predict a lesser number of games. A shorter season could start about August 7 (or later) and be completed by September, while allowing a normal (non-expanded) playoff to be completed in October. By ending in October, baseball avoids a possible disaster of playing during a second wave of COVID-19.

If you were called upon to enforce a fair agreement to restart baseball, what would be your decision?

Michael: It would be around a 70-game season, with 100% pro-rated salaries for the players and pro-rated service time (i.e. 172/70+rounded up to next day if decimal). Players have the decision to opt out of playing if they’re worried about COVID, but they will not be paid their full salary (~50%) and not accrue service time if they do.

To try to counter a potential revenue issue, there would be a 12-team playoff (similar to the old NFL structure). The Wild Card series would be a Best 3, Division and Championship Series 5, and World Series 7.

Jack: If I were the commissioner I would inform the players there is no way to restart the season safely and cancel the season, and encourage them to stay in shape at home and try again next year.

Makakilo: Two basic principles would guide my restart of this season:

Is a 50-odd game season now the most likely outcome?

Steven: If games are played then yes but I think we’re leaning towards no games as the most likely outcome.

Jack: If they do restart at all, they’ll probably come in around the middle at 65 games, like Jeff Passan said. That would require an agreement by June 15th, and a June 20th official restart of camp date. July 17th season start gives them 75 days to get in 65 games by September 30th.

The draft is on Wednesday. How much attention will you be paying, compared to last year?

Michael: About the same attention although this year I would say the coverage is a bit more expanded than what I’ve done in years past.

Steven: Probably the same, just having it on in the background.

Jack: I will follow as much as I can that day. Very grateful for all the work that’s been done by Michael to familiarize us with the players who will be drafted, and all the site members that have been contributing in comments and fanposts.

Makakilo: The wide range of predictions on draft order is remarkable. More so than last year, I want to know what order the players are drafted, even if not drafted by the Diamondbacks. For example, Keith Law’s opinions on Pete Crow Armstrong (PCA).

Steven: Respect minorities and treat them as human beings.

Jack: Manufacture and supply simple PPE to Healthcare and Frontline workers and our citizenry during a Pandemic.

Makakilo: “It’s 2020. We put a man on the moon fifty years ago, but we can’t even…put an astronaut in orbit around the moon.” Our last moon-walk was 14 December 1972. Despite a ‘commitment’ to a 2024 mission to the moon, returning to the moon is a decade away for the following reasons: