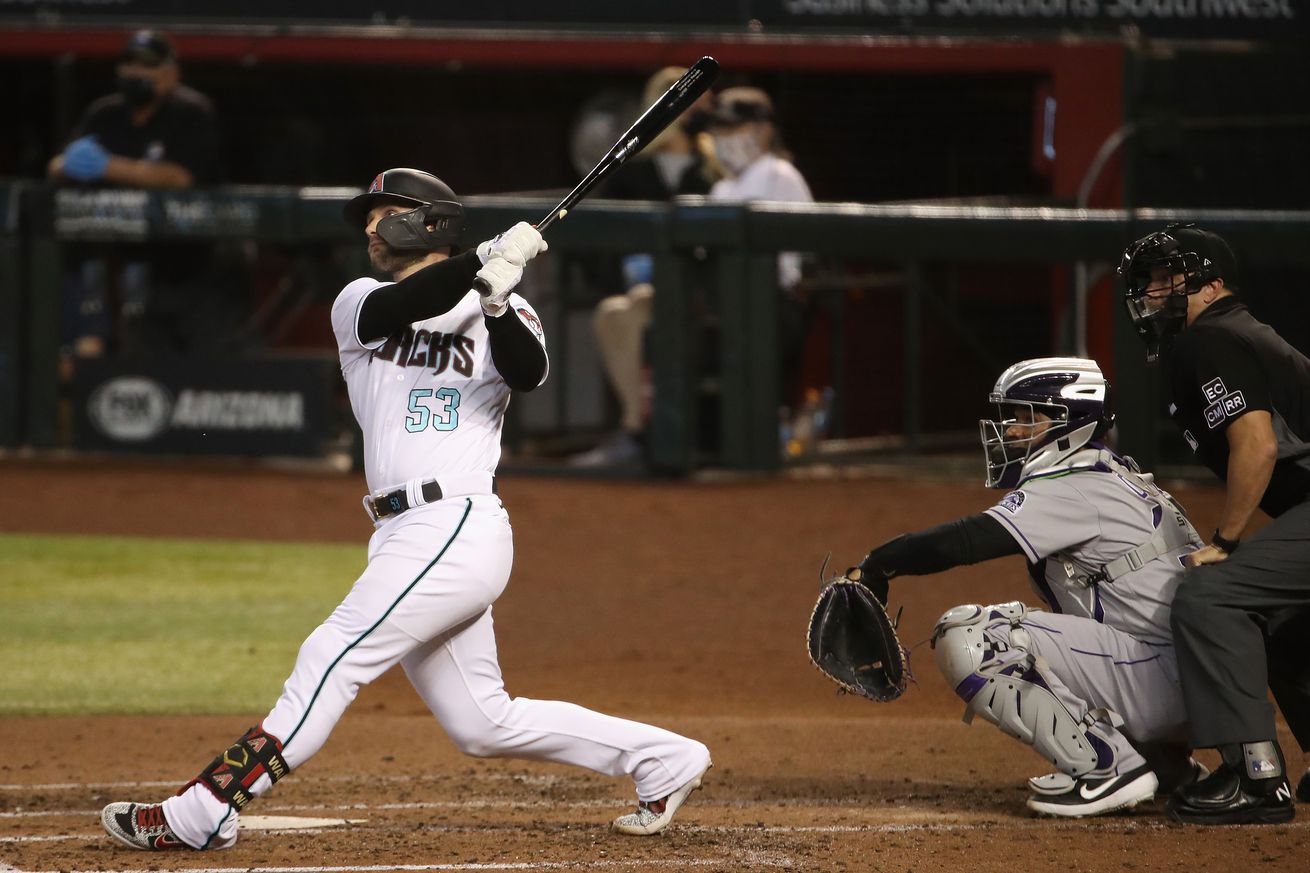 A way to improve team hitting is explained.

Is there an alternative measure that is not correlated with win percentage?

A smoothness index has been used to study just-in-time scheduling in manufacturing. Patrick R. McMullen wrote a paper that applied smoothness to baseball. After calculating a team’s win percentage for an entire season, his algorithm measures the Euclidean distance between the actual smoothness and optimal smoothness of a team’s pattern of wins and losses. He called the distance the “Gap.”

Because that measure is not correlated with winning percentage, I believe his “Gap” measures a unique characteristic. Potentially, the “Gap” can be changed to make the team better (more on that later).

What is the “Gap” of the Diamondbacks?

In the 2016 season, the smooth teams had ‘gaps” less than 20. The Diamondbacks were smooth with a “gap” of 17.35. Similar to the most coarse sandpaper, the most inconsistent team was the Braves with a “Gap” of 76.3.

However, in 2020 the “Gap” of 33.13 does not tell the whole story. I am reasonably confident, given the players’ talent and the team’s coaching that the Diamondbacks would be a 500 team in a 162 game season. With a 50 win % instead of a 41.57 win %, their “Gap” would have been 83.98. Given this more accurate perspective of team strength, the team was hugely inconsistent, and even more inconsistent than the 2016 Braves.

How can the Diamondbacks’ “Gap” be improved?

“Like they say, hitting is contagious.” — Aaron Judge, July 2020. He meant that that one player’s awesome hitting spreads to teammates like an infectious disease. Who said it first is unclear. Maybe it evolved from Vince Lombardi saying, “Confidence is contagious.” Perhaps the general origin of the idea was the French author François de La Rochefoucauld. In 1678, he wrote (translated into English), “Nothing is so contagious as example; never is any considerable good or ill done that does not produce its like.”

A study showed a correlation (existence of statistical contagion) between one player’s positive change in batting average (BA) and his teammates’ BAs.

“Our results show that for the batting average, the null hypothesis of “no difference between groups” is rejected at the alpha =.05 level. We submit that this suggests the existence of a statistical contagion effect for hot hitting. The aggregate BA (n=151) was seen to increase by 1.6 to 20 points (average of percentage points) for the treatment group during a teammate’s hitting streak.” — Joel R. Bock et. al.

“If hitting contagion does have a concrete basis, it is likely be motivated internally; some neurobiological or psychological mechanisms then would translate the identification and observation of hot hitting by the streak hitter into an improvement in hitting performance by the observer.” — Joel R. Bock et. al. Bock’s study referenced four studies that could explain the effect.

Bock’s study showed that the hot hitting streak must be noticed within 5 days. If noticed 7 days later there is no significant impact on teammates. What’s up with that?

One possible explanation follows. When teammates notice an emerging hot hitting streak being celebrated, they believe maybe I could start a hot streak, too. However, if they notice a long-standing hot hitting streak without celebration, they believe that player is as good as expected, but not better. Like him, I must be as good as expected, and so I doubt I will start a hot streak.

Could the AZ Snake Pit take action to improve the hitting of the Diamondbacks? Every 5 days, if any hitter has an improved batting average, it could be published on the AZ Snake Pit website. In addition for home games, perhaps Jack Sommers could ask a question about an emerging hot batter in Torey Lovullo’s pregame interview.

Might there be another measure in addition to batting average?

A study looked separately at two measures: a) batting average and b) batter success calculated by hits+walks+sacrifices / plate appearances. After adding variables to account for impact of home/away, grass/artificial, night/day, lefty/righty pitchers, team ahead/behind, 2outs/<2outs, and 1st 6 innings/later innings, “… the study failed to find convincing evidence in support of wide-scale streakiness [in individual batters over a 4 year period.]”

As much as batting average, maybe their measure of success (hits+walks+sacrifices / plate appearances) indicates a type of hot batting streak and could be infectious to teammates.

I leave it to you the reader to suggest other measures that might be infectious to teammates.