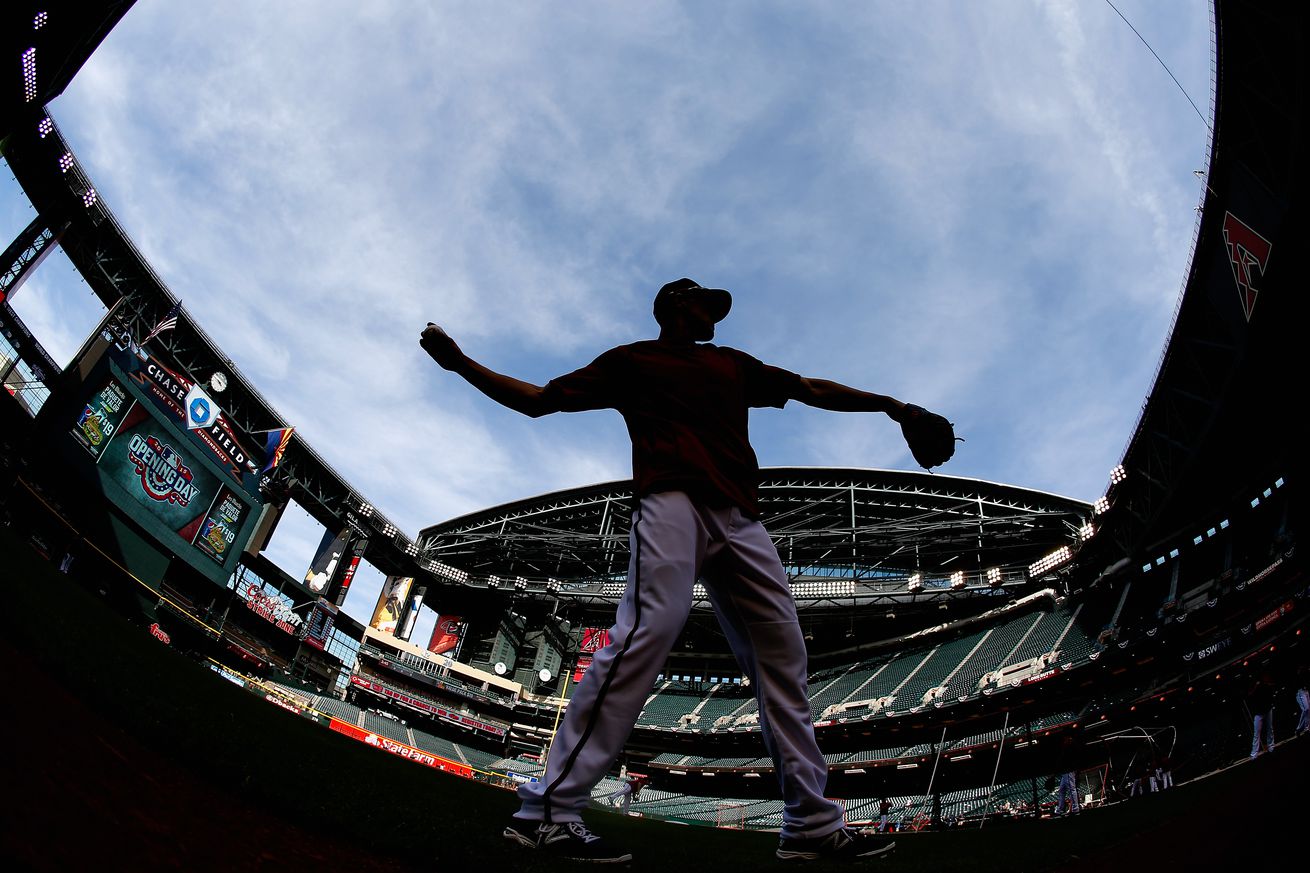 The 65-win 2010 roster wasn’t awe-inspiring. Indeed, it got manager A.J. Hinch run out of town, being fired after 79 games. He was replaced by Kirk Gibson, though any improvement thereafter was hardly significant (31-48 under Hinch; 34-39 under Gibson). Mark Reynolds led the team with 32 home-runs… while batting .198 and whiffing a league-leading 211 times. But Chris Young had the best overall performance, putting up 5.4 bWAR. On the mound, Dan Haren was the Opening Day starter, but for some reason isn’t available on the roster for WhatIfSports.com. And neither is Daniel Hudson, who was epic after his mid-year arrival and put up 3.8 bWAR in half a season. We go with Ian Kennedy (3.0) instead.

The 2015 team were better, reaching 79 wins and were probably better than that, actually outscoring their opponents, albeit narrowly (720 runs to 713). No line-up changes, but I did have to shuffle positions, as the auto-generated team had Ender Inciarte in center, David Peralta in right, and A.J. Pollock in left. Yeah…no. Goldy’s 8.3 bWAR led the team easily, though Pollock also had his best season (in both health and performance). The problem was much more the pitching, where Brad Ziegler was the only man to reach two WAR. Robbie Ray’s 1.6 bWAR was the best of a bad bunch, so we’ll go with him. But if feels like this match-up may well be decided more by run-scoring than run suppression.

Neither starting pitcher was able to deliver a quality start here, but Ian Kennedy was able to outlast Robbie Ray, who was chased after only 3.2 innings. 2010 were able to put up crooked numbers in the first two innings, to overcome back-to-back homers by 2015 in the first, and held on from there. Kennedy allowed four runs over six innings and the 2010 bullpen worked three scoreless innings of one-hit ball to close out the upset victory.

A lot of the offense happened early here. 2010 got on the board quickly: Chris Young singled to lead off the game, and one out later, Justin Upton walked. Both men then scored on an Adam LaRoche double to right, giving them an early 2-0 lead against Ray. However, 2015 roared back in their half of the first inning. With two outs, Paul Goldschmidt singled, and David Peralta then smacked a two-run bomb to the right of the pool. Welington Castillo followed up with a solo shot of his own, and 2015 held a 3-2 advantage.

It didn’t last long, however. In the second inning, back-to-back triples by Gerardo Parra and Ian Kennedy with one out tied things back up. Ray then lost the strike-zone completely, walking four of the next five batters, including two with the bases loaded, to give 2010 a 5-3 lead. Ray was eventually lifted with two outs in the fourth, after a Miguel Montero sacrifice fly made the score 6-3. Robbie went 3.2 innings, allowing six runs, all earned on seven hits and five walks with three strikeouts.

2015’s best chance to get back thereafter came in the sixth inning. After Jake Lamb’s RBI pulled them within two, singles by Chris Owings and Nick Ahmed loaded the bases, and put the tying run in scoring position. However, pinch-hitter Phil Gosselin flied out to the warning track in left-center for the final out. That ended Kennedy’s night: he went six innings, giving up four runs, while scattering eight hits. Unlike Ray, he had good control, walking just the one, while striking out eight.

As mentioned, the 2010 bullpen proved solid. Aaron Heilman, Chad Qualls, Esmerling Vazquez and Juan Gutierrez took things the rest of the way, with a Castillo double the only base-runner over the final three frames. Cole Gillespie added an insurance run with an RBI single off the bench in the seventh. Justin Upton reached base four times for them, on a hit and three walks: the nine total walks was key, and they were also aggressive, stealing four bases off Castillo.